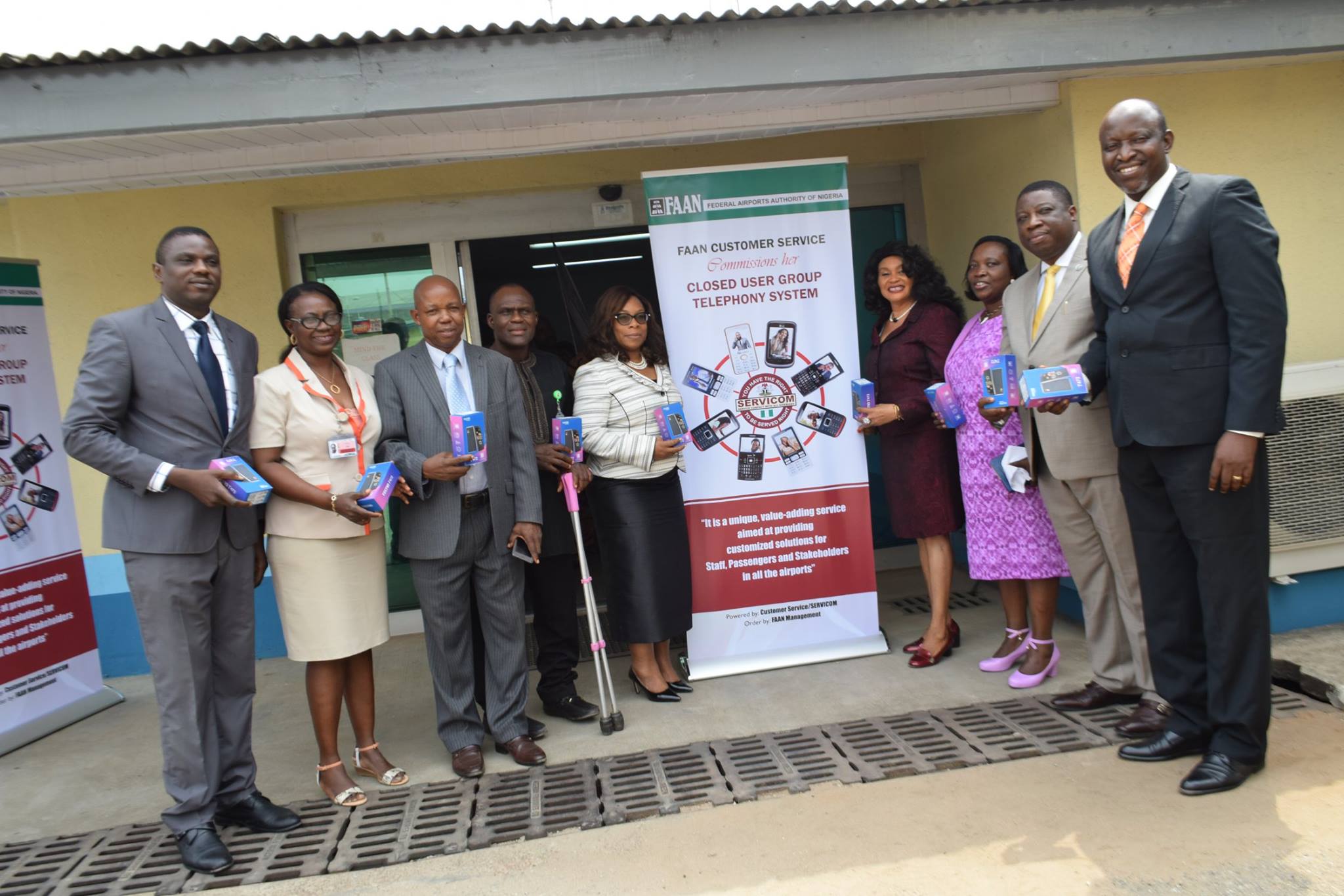 The Managing director of Federal Airports Authority of Nigeria (FAAN), Saleh Dunoma,  has reiterated that in a bid to conform to global trends and international best practices, the Authority will continue to improve on service delivery and ensure ultimate satisfaction of customers by providing excellent services.

This, he said, prompted the acquisition and commissioning of a Closed User Group Telephony System for Customer Service/Servicom Department, recently.

The User Group Telephony System will afford consumers of FAAN services the opportunity to make calls to appropriate quarters, either to make enquires or lodge complaints when necessary.

Dunoma,  who was represented at the occasion by the Director of Finance and Accounts, Mrs. Adenike Aboderin, however explained that, the overriding factor of this facility was purely to enhance excellence and quality service delivery.

The deployment of this system will allow 24hrs of unlimited phone calls amongst its users. It will also enable FAAN achieve 100% customer satisfaction with minimum cost, while it increases customers’ trust and loyalty to the organisation. 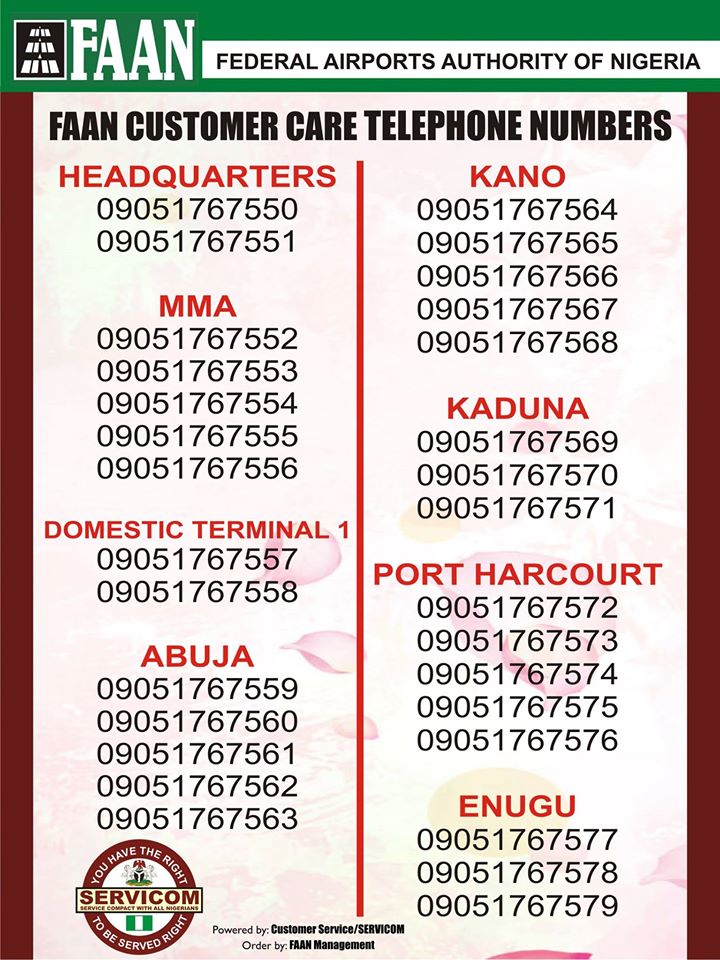 Users can make and receive calls without any interruption of airtime running out within the group. It also has specialised serial numbers for easy rememberance by its users.

The General Manager, Servicom, Mrs. Ebele Okoye in her remarks, stated that the Closed User Group Telephony System was selected amongst many options even as she confirmed that some phones have been purchased and will be distributed to various airports across the nation.

She noted that the customer care telephone numbers are presently available at the Authority’s website viz: – www.faan.gov.ng and social media channels.

Earlier, the Director, Ministerial Servicom Committee, Mr. Suola Johnson, described the innovation as a noble one and commended the authority for being focused.