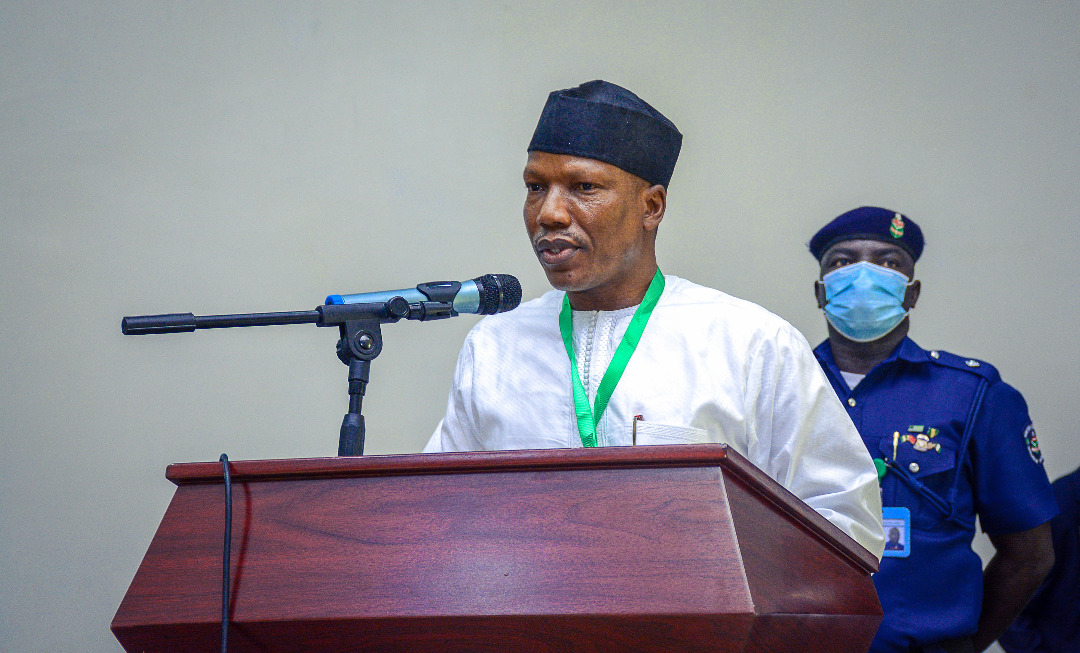 Managing Director of the Federal Airports Authority of Nigeria (FAAN), Capt. Rabiu Yadudu Nigeria has disclosed that Nigeria lost $2.5 billion (about N1.25 trillion) on Maintenance Repair Overhaul (MRO) investments to neighbouring countries in 2021 due to lack of functional facility in the country.

There are also indications that President Muhammadu Buhari would at any moment soon give assent to the new Civil Aviation Bill, recently passed by the National Assembly.

Speaking on Tuesday in Abuja at the maiden edition of the Federal Airports Authority of Nigeria (FAAN) National Aviation Conferences (FNAC) with the theme: ‘Advancing the Frontiers of Possibilities for Safe, Secure and Profitable Air Transport,’ in a welcome address, Capt. Rabiu Yadudu, the Managing Director of FAAN said that such capital flight would have been saved if the country had MRO facilities that could adequately cater for all types of aircraft.

Yadudu, however, said that the conference would avail investors and entrepreneurs the opportunities to invest in the several areas in the sector.

To carry out C-check on Boeing 737 aircraft or its category, airlines expend at least $1.8 million. The C-check is carried out on aircraft every 18 months.

Yadudu lamented that Nigeria’s potential and capacity in the global air transport industry is being grossly underutilised, stressing that if stakeholders in the industry were indeed desirous of attaining the status of a major player in the global aviation sphere, it was high time the country integrated backward to repose and move the industry forward.

He explained that the focus of the conference was on Nigeria because the country had the largest fleet of aircraft within the subregion.

He said: ”It was reported that Nigeria lost $2.5 billion (about N1.25 trillion) in MRO investments to neighbouring countries. Having such investments here would have created more employment opportunities for Nigerians, revenue generation and training of technical personnel for maintenance of aircraft.

”The inter link and value chain between the air transport, tourism and hospitality industry for economic growth cannot be over emphasized. Today, the Eiffel Tower in Paris, London bridge, Dubai Mall, Burj Khalifa, the British museum in United Kingdom, e.t.c. have all been consciously developed into major tourist attractions that drive passenger traffic to those destinations and by implication attract businesses and generate employments for the locals and foreigners alike.”

Yadudu further lauded Sen. Hadi Sirika, the Minister of Aviation, the Permanent Secretary, Directors of the Federal Ministry of Aviation, the Senate and House Committee Chairmen and other stakeholders for supporting the industry at all times.

Earlier, Sirika in his goodwill message, disclosed that President Buhari would at any moment from now sign into law the passed Civil Aviation Bill by the National Assembly.

Sirika assured that with the president’s assent to the bill, Nigerian aviation industry would grow rapidly, while more opportunities would also be created for all stakeholders and investors.

He pointed out that the Aviation Industry Roadmap as approved by the Federal Government was intentionally fashioned after the Public Private Participation (PPP) model with the plan to grow the entire sector.

He challenged investors to tap into the myriads of opportunities in the sector, especially with the recently approved 12, hectares of land for implementation of the aviation roadmap by the Federal Capital Territory (FCT).
Some of the aviation roadmap include MRO, Aviation Leasing Company, National Carrier, Aerospace University, Airport Concession and Aerorropolis amongst others.

He added: ”We are ready to pursue all the components of the roadmap. Every part of the roadmap has reached advanced stages and all would be delivered before the end of this administration. Aviation industry in Nigeria is a goldmine, but it is still virgin.

”Globally, the core variables that sustain aviso industry is safety and security. We must continue to sustain these in the country.”

He reiterated that the Federal Government was willing and ready to discuss business, and partner with investors to bring the desired growth and development to the industry.

Also, Capt. Bob Hayes, the first Nigerian pilot in his address congratulated FAAN for putting together the conference to discuss challenges militating the efficiency of this industry, as well as proffering long lasting solutions to the challenges.

Hayes stated that all the government’s roadmap for the sector would grow the industry if well-implemented and called on all investors to partner with the government in order to ensure industry growth.