Exercising presidential authority, Acting President Yemi Osinbajo, signed three executive orders on May 18th, 2017. The three executive orders signed by the Acting President are: the promotion of transparency and efficiency in the business environment, set to facilitate ease of doing business in Nigeria; support for local content in public procurement by the government and timely submission of annual budgetary estimates by all statutory and non-statutory agencies.

Airports businesses fall majorly on the aspect of promotion of transparency and efficiency in the business environment, aimed at facilitating ease of doing business in the country. The management of the Federal Airports Authority of Nigeria (FAAN), as the leading  agency managing the over 22 airports across the country knows this and since then, Nigerian airports have experienced drastic transformations, particularly, the Murtala Muhammed International Airport Lagos, Nnamdi Azikiwe International Airport (NAIA) Abuja, Mallam Aminu Kano International Airport (MAKIA) Kano amongst others.

Although, FAAN has been making sure that they give their passengers seamless travel experience but with the issuance of Executive Order, the agency seems to have extended a firmer commitment to all the airports in the country.

For instance, the MMIA has been fully transformed to the admiration of both local and international travelers. The airport is fast becoming the pride of most African travelers who are either going out or coming into the country. Since the security agencies at the checking points have been streamlined, both arriving and departing air passengers experience stress free movement while all the scanners, conveyor belts are functionally adequately. The security agencies at the few screening points remaining, being aware of the need for ease of doing business are always alert to facilitate free and safe movements of passengers both day and night. While the toilets at E wing and other areas have been refurbished, check in hall at the airport are now livelier with flight information display board positioned. Airport security and other logistics have also been upgraded and strengthened to provide for seamless services for both local and international travelers. New directional display units have been provided to guide travellers, especially new ones, at the airports. Airport dos and don’ts banners have also been displayed at strategic locations to educate newcomers. The leaking Roof of ‘D Wing’ has since been fixed while continuous upgrade of facilities are still ongoing. At the Lagos airports all these facilities are complimented with a multi-storey car park building located closely to the airport terminal for ease of access.

In NAIA Abuja, FAAN seems to replicate the giant strides achieved at MMIA. With minimal time needed to move from terminal main entrance to departure terminal, passengers movement have been made easier. In the past few months, NAIA is wearing a new look with all the facilities functioning at optimal level. Entering the departure hall of the airport, one is greeted with Flight Information Display Board which is conspicuously positioned for all passengers to see from any angle. The agency has also furnished and renovated the wing D of the airport to international standard while all the toilet facilities in other areas are now working efficiently 24 hour per day. For easy access coming in and going out, the agency recently made a slight change in her Domestic Operations while it also alerted all air passengers, airport users, stakeholders and the general public of the new development. Apart from flight information board, there are also directional signages to properly guide all passengers on where to check in, board or purchase flight tickets 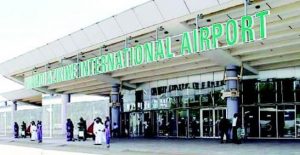 In terms of security which is paramount in airport business, FAAN had informed all airport users that the agency will not compromise safety in its quest to implement the Executive Order.

Speaking on how serious FAAN take security, Acting General Manager, Public Affairs, Mrs. Henrietta Yakubu made it known that in as much as the agency is ready to comply with the order, FAAN cannot compromise safety in all aspects of their operations. For example, Mrs. Yakubu explained that the agency cannot completely eradicate manual checks during arrivals and departure. She emphasized however that such checks could be done when a security agent wants to confirm his or her suspicion.

“FAAN cannot compromise security. So we are working with the security agencies, airlines and others. When there is a need to search baggage manually, we do so but that takes place at the baggage hall, not within the purview of where the passengers are”, she said.

To ensure AVSEC maintains high standard of Aviation Security screening across the Nation’s airports, FAAN had few months ago facilitated the training of about 35 Aviation Security Personnel who underwent counter terrorism training organised by the United Nations recently. These 35 Graduands, who are Master Trainers are already being integrated into the system to train other Aviation Security experts.

“If you go to the airport now it is very sterile. We have been able to handle the issue of the touts; you know we are working with the police. Nobody that has no business in the airport should get into the airport now. It is either you have a boarding pass or you have staff ID or a visitors’ card. If you don’t have any of these documents, you are not allowed into the airport”, she said

On May 31, 2017 FAAN passed the mock test of aircraft emergency simulation exercise conducted at MMIA to test their readiness in times of emergencies and check  her status in view of the upcoming Certification of the airport. The Exercise which was adjudged as a very successful exposure drew stakeholders from relevant government agencies including: NEMA, NAMA, FRSC, FAAN, Police Anti Bomb Squad, LASEMA, Nigerian Airforce and NCAA.

Confirming the agency’s readiness for the certification of major airports in the nation by the Nigerian Civil Aviation Authority (NCAA), FAAN stated that five major international airports namely Lagos, Abuja, Port Harcourt, Kano and Enugu, have been slated for certification in quick succession.

FAAN stated that pending gaps have been closed already and safety has been its driving force all through the preparatory stage.

The Murtala Muhammed International Airport will be the first in line for certification, while Abuja will follow and the other three will also follow.

Expressing confidence that the airports will come out in flying colours, the Authority noted that the successful completion of this process will drastically reduce the high cost of insurance and also place the airports in good pedestal, while also ensuring effectiveness and efficiency.

In his views, International Civil Aviation Organisation (ICAO) President Dr. Olumuyiwa Bernard Aliu confirmed that NAIA is standard and that FAAN is working.

Dr. Aliu who toured the airport recently said “from the briefing we received, it is a work that was well done and timely too because it is important for safety operations. We also inspected other facilities. The work on the runway that was done- the markings and all that, are also part of the process to enable the aerodrome certification. The certification of Abuja airport. We see that the agencies are working towards that. What is important at the end of the day is that that work is completed and the aerodromes are certified in accordance to ICAO standards”.

Director General of the Nigerian Civil Aviation Authority (NCAA), Captain Muhtar Usman in his assessment of the airports for certification said “the certification process is in 5 stages and Lagos is presently at the fourth stage. The fifth stage is just the signing of the certificate. So, we can say it is almost at the point of certification.  Abuja will be certified too, once Lagos is finished, we will concentrate more. Even though Abuja, some of the things that we needed to put in place were taken care of during the closure of the Abuja airport. As I said, there are 5 stages: the pre-application stage, formal application stage, document and evaluation of document stage, operational demonstration stage. At this stage, all the document you put forward, the way you operate, we want to see.  Whatever lessons we learn in the certification of Lagos will be applied in the certification of Abuja. And whatever we learn in the process of certifying Lagos and Abuja, will be applied towards certifying Port Harcourt, Kano and Enugu airports. And subsequently, we intend to go beyond the international airports.

To crown his efforts and as a way of showing appreciation for the airports’ transformations going on in the country, the Economic Community Of West African State (ECOWAS) Youth Council recently presented an “Award Of Distinguished African Personality Of The Year” to the Managing Director of FAAN, Engr. Saleh Dunoma. In the same vein, FAAN was given an award for ‘The Most Improved and Innovative Government Agency (Aviation Agency) In Nigeria’, 2017 by the Pan African International Recognition Award (PAIR). Apart from being elected as the President of Airport Council International (ACI-Africa) on the 18th of October, 2016, FAAN under the watch of Engr. Dunoma has attracted accolades and confidence from both the public and the private sector. 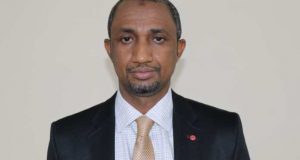