FAAN: Rising To The Challenges Of COVID-19 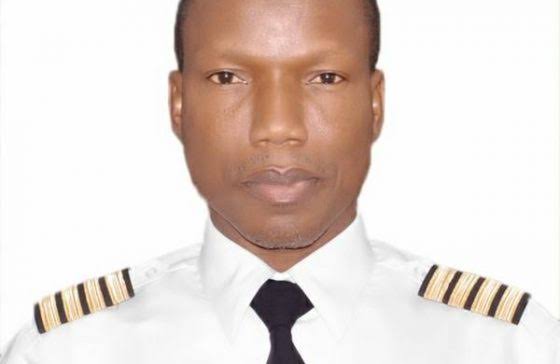 The World Health Organization (WHO), January 30, 2020 declared COVID- 19 public health emergency and further directed the world to be at, red alert in order to save humanity from sudden extinction, owing to the outbreak of corona virus pandemic that has remained a nightmare as it continued to wreck havoc across the world.

Unfortunately, many rich nations up till date are still struggling owing to high mortality rates caused by this dreaded virus, coupled with the estimation that over two million people have already lost their lives, and still counting, aside the destruction of businesses worth several billions of dollars, of which, aviation industry globally, unfortunately, is the worst hit.

Before now, the airport environment was like a ghost town except for few cargo and passenger operations that operated occasionally. In short, the sector was brought to its knee compared to what happened in the previous years but the Federal Airport Authority rose to the occasion.

But the Federal Airports Authority of Nigeria (FAAN) from the situation was the case of compact and focused management, under Captain Rabiu Yadudu. The authority, despite the challenging times, displayed uncommon managerial ability and navigated through the murky waters, by ensuring that attentions on facilities and infrastructure were not compromised at all. The management also made sure that staffers of the authority who of course are the engine room remained upbeat during the teething periods of the pandemic, as protocols puts in place remains on the priority lists of the authority in all the airports in Nigeria, especially now flights resumption by most foreign carriers if not all are gradually coming back.

For 2020, there was no remarkable movement of aircraft, both for passenger and cargo. This is understandable because it was the peak period of the corona pandemic that caused the closure of almost all the airports in the country that are gradually being opened at the moment. This development however accounts for a great deal on the slow pace of both persons and cargo movements in 2021. 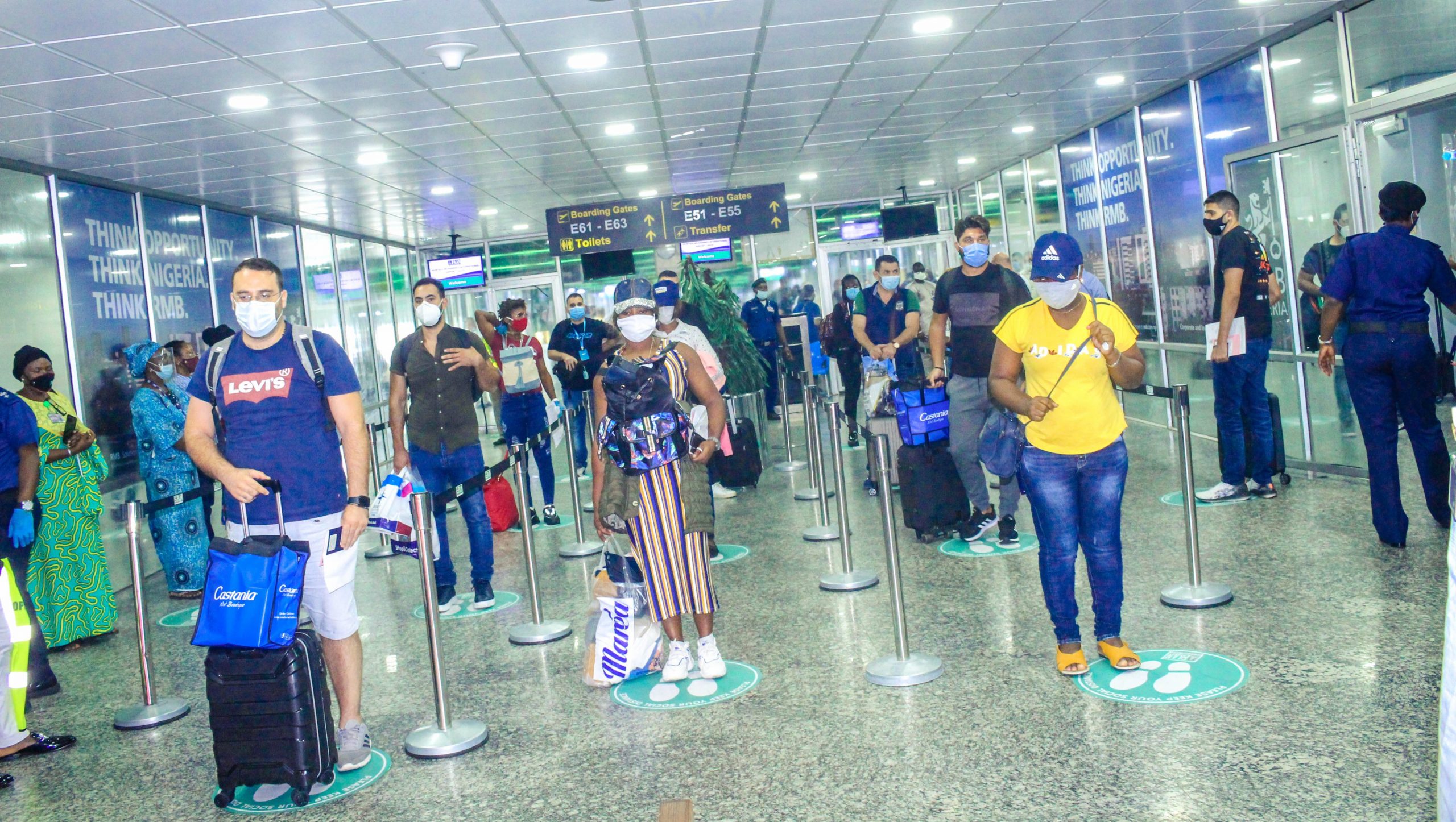 Again, the number of passengers that arrived at the International Terminal Zone (ITZ), and the Domestic of the premier gateway in the first quarter of this year, put together stood at 552,096 while those that departed from the same route came to 511,235 passengers. On aircraft movement, International Terminal Zone (ITZ), including the Domestic Wing recorded 8,966 aircraft arrivals, against 8,138 that made their exit from the same route. That most airports have reopened for full operations and increase of patronage by air passengers indicates that the industry may bounce back to full swing especially now the government has thrown its weight behind airlines that suffered great financial loss due to the pandemic

Take off and landing of aircraft is what makes the airport. This was where FAAN’S burden lied, who in spite of its lean purse made sure that critical infrastructure at the airport functions 24/7, coupled with heavy financial outlay in managing the COVID-19 protocols throughout the airports in the country. All this was the case this one year when operations at the airport came to a halt. Aviation stakeholders attributed FAAN’s management ability in surmounting the myriads of challenges at this time to dedication to duty and also due to experience of the man, Captain Yadudu who is on the saddle, and his foot soldiers whose supportive roles became evidence anywhere they are.

That, there was no recorded scandal against the Federal Airport Authority of Nigeria (FAAN), and its personnel during the hay days of the pandemic however points to the fact that, the authority is living out its vision…’’ to be amongst the best airport groups in the world’’. Again that the authority was able to rise to the occasion and remained standing in discharging its statutory functions without any form of industrial threats from the workers, even when revenue generation dropped drastically attests to the fact that better days, surely lie ahead in the aviation industry given the strict compliance level, and the maintenance of critical infrastructural equipment the current management has been able to put in place less than two years it came on board.

Its on record that FAAN has continued to witness massive infrastructure improvement in the recent time and this is not unconnected with the good news, not too long ago that Lagos, Abuja and Port Harcourt airport were certified in accordance with Airport Council International (ACI), health safety guidelines which the country had longed for, in the past. Interestingly, this is also a boost to the quest to drive hub status which has remained pivotal in the agenda of both past and present FAAN management.

This is however, reinforced as most states are going into construction of airports which would in turn be handed over to FAAN to operate and manage on their behalf which automatically would shore the revenue profile of the authority. No doubt, the negative impact induced by the corona virus on the aviation industry is unprecedented but the emergence of this strange virus to a great extent may have opened the eyes of the world especially in the aviation sector, Nigeria inclusive, who decisively responded in time, leading to serious innovations at the airports. This indicates however that on the long run, the aviation industry and its stakeholders would be better for it.

Expectedly, both consumers of aviation services and critical stakeholders in the industry maybe looking forward to a repeat of the magic wand displayed by FAAN during the trial moment when airports were shot down and for FAAN to have pulled from the ash heap of the corona virus pandemic that nearly destroyed the whole industry is not a mean feat at all. 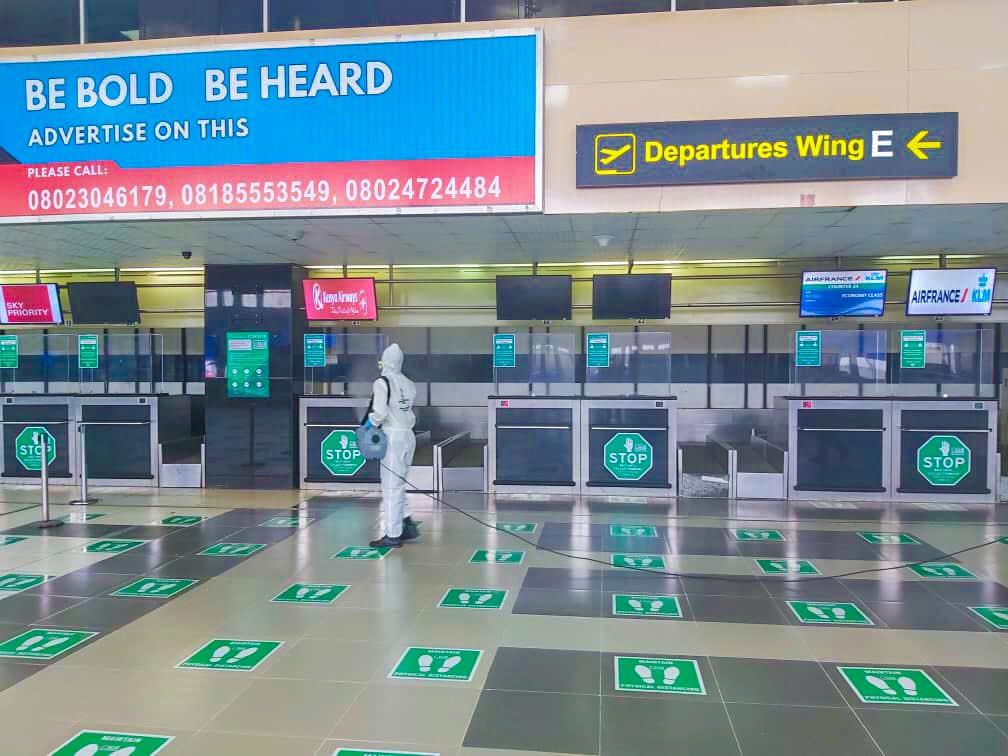 Interestingly, for MMIA to record the passage of over a million passengers, locally and internationally during the first quarter that just ended portrays the fact that the remaining parts of the year may be juicier in terms of more passenger traffic, all things being equal.

With the appointment of Captain Rabiu Yadudu, MD/CEO, Federal Airport Authority of Nigeria (FAAN), as member, World Governing Aviation Council International (ACI), it maybe a win-win situation for the authority and its workforce in terms of growth and development, having successfully scaled through the heavy financial hurdles induced by the pandemic, never anticipated in the past one year,

According to Ahmad Danjuma, Chairman Air Transport Services Senior Staff Association of Nigeria, FAAN, during the lockdown FAAN was able to sustain the airports and provided the necessary services despite closure of the airports, but the challenge was during the reopening of the airports because FAAN has to provide all the necessary equipment in accordance with PTF COVID-19 guidelines despite the serious financial challenges because the revenue generation was near zero and there equipment require funds coupled with payment of salary and other obligations. What was responsible for the organization survival is the commitment of the staff and management to keep running through sacrifices and adjusting on other obligations.

He noted that going forward, management should learn to create more revenue through non aeronautical sources and this can only be achieved when the management grant some level of autonomy to the airports to create others sources of revenue within their domain and should have the power to approve such.