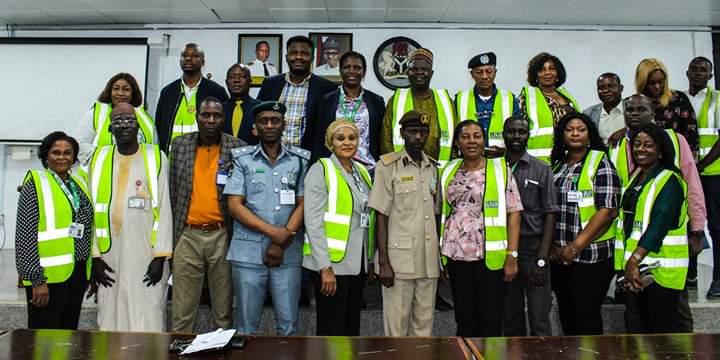 As part of efforts to improve service delivery across airports in the country, the Federal Airports Authority of Nigeria (FAAN) says it is determined to deliver improved services to ensure passengers have value for their money.

This is just as the agency said it has established a Management Taskforce on Service Delivery .

The Managing Director FAAN, Capt Rabiu Yadudu, who disclosed this during an interactive forum at the international wing of the Murtala Muhammed Airport(MMA),Lagos ,explained that the Tasks force was put together in 2018 and that it was borne out of the negative experiences observed at Enugu International Airport, where service delivery was at a very low ebb.

Yadudu who spoke through the General Manager, Customers Service /SERVICOM, Mrs. Ebele Okoye , said that the department was actually out to create awareness and sensitisation but that the Taskforce found out that Enugu Airport was operated more as a domestic airport.

Yadudu stated that it was also discovered that interaction of agencies with passengers on service delivery were unhealthy and was not an acceptable global practice and that management was consulted and approval was granted.

He added that at Enugu Airport, passengers were subjected to severe and unhealthy scrutiny and also kept on queue after arrival for hours in the pretence of searching for hard drugs.

Passengers, the MD explained, were meant to declare all currencies even when they have less than the acceptable $10,000, adding that they also go through one on one search to ascertain that no other currency is hidden inside their bodies.

Speaking further, Yadudu said that the Taskforce also observed that many agencies were found at the scanner on entering the airport which was against the Ease of Doing Business rules of the President.

Other issues which the Taskforce found out includes that agencies that were supposed to be on surveillance were all found searching passengers bags ,many unaccompanied baggage were passed through carousel for clearing which damaged FAAN facilities, there were obvious begging , extortion of personal effects and money from passengers.

The General Manger SERVICOM, Mrs. Ebele Okoye in her lecture called for collaboration among various agencies at the airport to ensure positive results and impression from Air travelers.

Okoye noted that the there was need for synergy in order create good image for organisations at the airport.

She stressed the need for safety at all times adding that security remained everybody’s business and should not be left in the hands of only the security agencies.

She explained that at Enugu Airport, FAAN management gave approval to the Taskforce to visit Kano, Port Harcourt and Abuja Airports to interact with the passengers.

She added that the group has since visited these airports and that there was huge success in the passengers, staff, and stakeholders interface and sued for more collaborations.

Okoye contended that airport business is a global phenomenon and must be seen as such no matter the localisation .

In her words, “Our emphasis will be on quality service delivery at airports. As persons providing service at airports, do you understand your core assignment? Do you apply it to the success of the operation and to the comfort of the passengers?

On bribery and corruption at airport, which according to her, has been on the front burner, she said “We must do all that is within our power to correct those negative conceptions about airport workers. We have come to partner with you also to solicit your cooperation and understanding”.