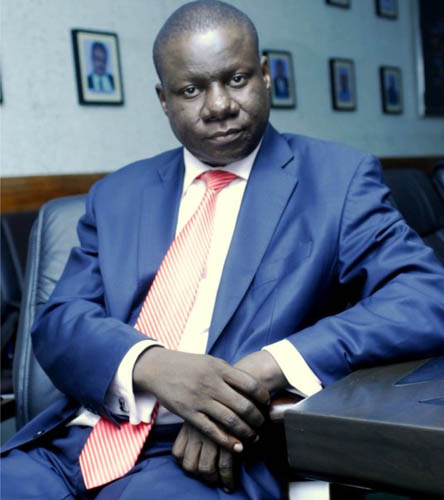 The Federal Airports Authority of Nigeria (FAAN) has said that the Authority’s preparation to handle 30 million passengers is in top gear as the new international terminal building nears completion.

FAAN presently handles 15 million passengers but has projected an additional traffic of 15million this year when the new terminal in Lagos would be completed.

Yakubu Dati , general manager, public affairs, FAAN, while speaking to correspondents in his office on the activities the agency on traffic management before and after the yuletide period, said except for the Turkish airline’s passengers breach at Abuja airport, it recorded a hitch free operations at airports.
He revealed that FAAN security operatives and other security agencies deployed detective machines such as screening machine, CCTV, full body scanners and personal intelligence to ensure seamless operations across the country.

He expressed optimism that a more secured airport than what was witnessed in 2015, will be in place this year when the new terminals will be completed, adding that passengers will experience the best services.

Dati who said security has been repositioned across the airports with a view to meeting the challenges ahead, added that FAAN was looking forward to partnering with investors as a result of dwindling resources in line with the minister’s statement.

He appealed to FAAN concessionaire especially airlines to pay their debts to agencies in order to enable them to continue rendering services to them.

On the preparation for the forthcoming International Civil Aviation Organisation ICAO audit in March, Dati revealed that what looked like a mock exercise towards the audit was conducted by the Airport Council International (ACI) team during their visit on their invitation by the managing director of FAAN.

According to him, some open areas identified by the ACI will be closed before the audit date adding that the country will scale through.

He said Nigeria was doing everything possible to ensure that the country does not disappoint Dr Bernard Aliu , the ICAO president.

On the certification of airports in the country, Dati said a team was working round the clock with other agencies to ensure that all gaps were closed.

While advising airport users especially passengers not leave any luggage behind as any unattended luggage will be destroyed, Dati warned further that passenger to adhere strictly to airport rules and regulations and not to carry any luggage that does not belong to them.