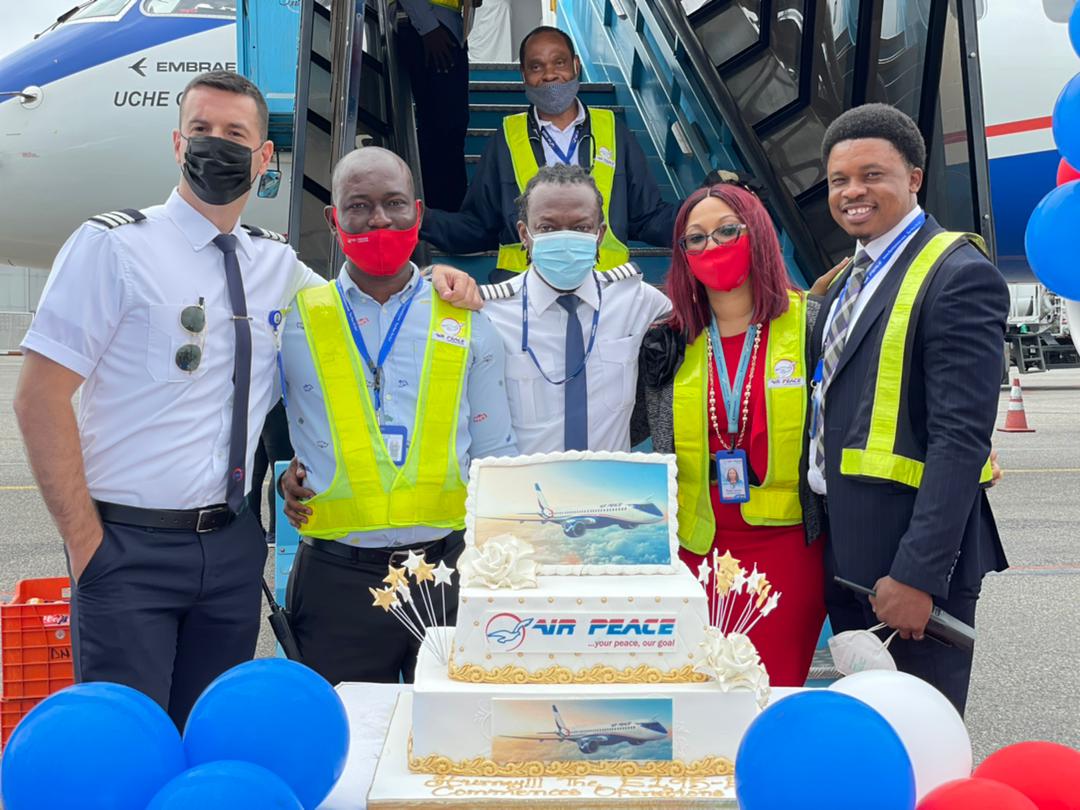 The three ultramodern 124-seat capacity jets, which were delivered in the first half of 2021, commenced entry into service on Monday, July 19, 2021, amidst fanfare and excitement.

The Spokesperson of the airline, Stanley Olisa, in a news release to journalists, stated that the airline is delighted to finally commission into service the brand new Embraer aircraft, adding that the acquisition of the aircraft is a testament to Air Peace’s commitment to giving the flying public world-class flights.

According to him,  “Air Peace cares so much about the comfort of its customers and that explains why we keep investing in brand new aircraft to give the average passenger a memorable experience to look forward to on-board. This fleet expansion is also driven by our ambition to provide numerous connections for the flying public”.

The first set of passengers who flew on the E195-E2 aircraft were thrilled with multiple bags of goodies and they expressed excitement over the unparalleled comfort they experienced on-board.

Air Peace has taken delivery of 3 E195-E2 aircraft this year from the 13 on firm order and has purchase rights for 17 of the same aircraft type.

The airline had also announced that it was expecting five more of these aircraft before the year runs out.