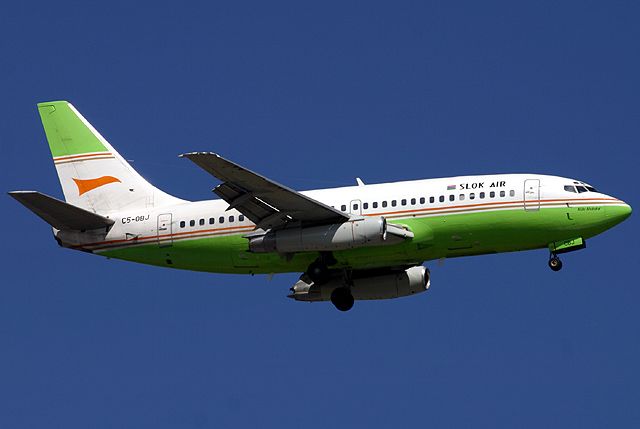 Chairman of Slok Airline, Orji Uzor Kalu, said the company has sued the Federal government for the sum of N35 billion over damages and loss incurred by the airline  over the years.

Government had in 2004, revoked the Air Operating Certificate and Air Transport License of the airline over allegations bordering on unethical practices.

Kalu, in an interview with journalists at the Murtala Muhammed International Airport, Lagos at the weekend on arrival from the United Kingdom, said, ‘Slok Airline is going to come back, well you know the case of Slok Airline is before a Federal High court judge and I cannot really go deep on it.

“We have taken the Federal Government to court and we sued them to pay us N35billion, if two people are fighting it is only the court that will separate you”, he said.

He disclosed that ‘the Ministry of Aviation planned to ask us to take back our operating license and shut up, and we have said no to such plans’.

According to him,  the airline had incurred a huge loss from the revocation adding that what it is claiming as damages is even smaller than what was invested in the company.

“People just think that the judiciary is weak, that is not true, the judiciary had saved us many times. I know that some judges are corrupt, there is no segment of Nigeria that is not corrupt. Slok airlines will return to correct some deficiencies in the aviation industry, because you know we are very efficient”, he said.