FG to consider requests for increased frequencies by foreign airlines 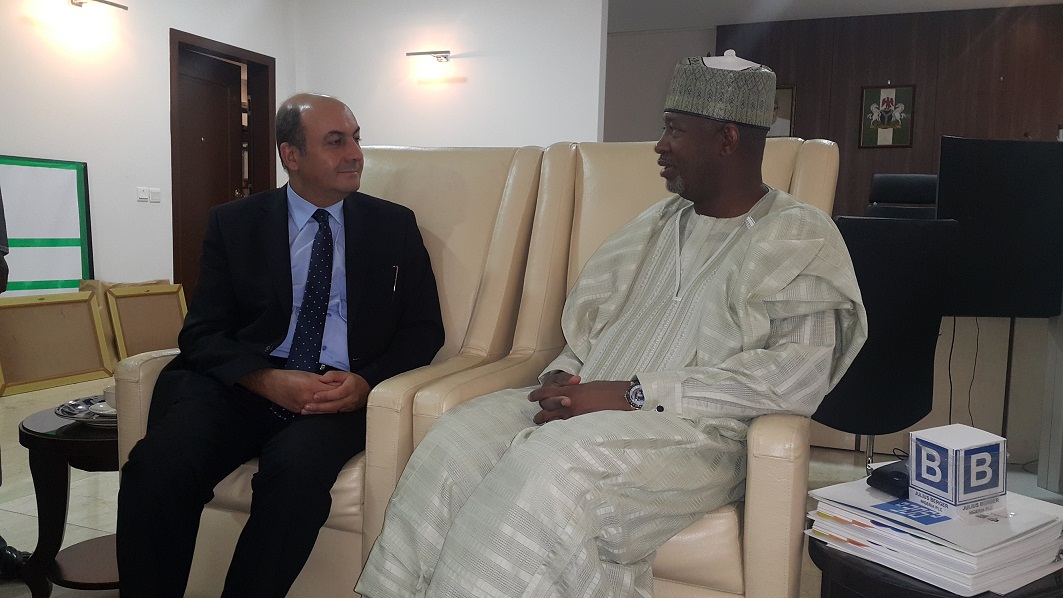 The federal government has said it would give consideration to requests by serious foreign airlines for increased flight frequencies as long as the nation’s interests are not compromised.

This is just as it has promised to improve the economic and operational viability of the nation’s designated international airports by creating the enabling environment for international airlines operating in Nigeria to use them.

According to the Minister of State, Aviation, Senator Hadi Sirika, government

The minister who made these promises while receiving the Turkish Ambassador to Nigeria, Hakan Cakil in his office, said the nation’s relationship with foreign airlines would be based strictly on the Bilateral Air Services Agreements with the Airline’s home governments.

James Odaudu, deputy Director, Press and Public Affairs of the ministry, said Sirika   informed the Ambassador of Government’s determination to revamp the aviation sector through the concessioning of its airports, beginning with “the big four” in Lagos, Abuja, Kano and Port Harcourt.

The concession, he said, is to address issues of infrastructure, and ensure world class maintenance.

He commended the cordial relationship that exists between Nigeria and Turkey, and condemned the recent coup attempt in Turkey, describing it as undesirable and anti-development.

The Turkish Ambassador, HE Hakan Cakil told the Minister that he was in the Ministry to express his country’s gratitude for the excellent relationship between the two countries, especially in the aviation sector, and to explore more areas of cooperation.

He requested, on behalf of the Turkish Airlines for more frequencies in airline’s operations in Nigeria, saying that with the nation’s population and air traffic volume, the request can be granted for mutual benefits.

He also commended the Nigerian government for the show of support for his country during its trying periods, especially the recent attempt by subversive elements to derail the course of democratic governance.

In a related development, the Minister has promised to do whatever it takes to make domestic airlines more competitive with their foreign counterparts in the airlift of Nigerian Christian pilgrims.

Reacting to a request by the Executive Secretary of the Nigerian Christian Pilgrims Commission, Dr Tor Uja during a courtesy visit, Senator Hadi Sirika  told him that the primary purpose of the ministry was to promote the development of the sector and supporting local airlines to operate in the best possible environment.

He also promised to objectively look into the request for reduction of charges at the airport with a view to seeing how those charges could be adjusted to assist pilgrimage operations.

According to Sirika, Nigeria is blessed to be one of the leading religious countries in the world and  promised to visit the NCPC to see how his Ministry can complement their operations.

Earlier, the Executive Secretary, Nigerian Christian Pilgrims Commission (NCPC), Dr Tor Uja had called on the Federal Government to give adequate support to the local airlines to enable them compete with their foreign counterparts in the airlift of Nigerian Christian pilgrims, saying that the situation where foreign airlines account for almost 100% of pilgrimage operations does not portray the nation well.

According to Uja, “the foreign airlines determine the pricing and operational modalities  and we are helpless because the local airlines are not strong enough to compete with them”.

The NCPC boss also pleaded with the minister to look at how the Federal Airport Authority of Nigeria (FAAN), Nigerian Civil Aviation Authority (NCAA) and other agencies could address the challenges posed by pilgrimage related charges which tend to skyrocket the overall cost of performing the religious obligation.

He suggested a reduction by at least 50 per cent, saying that it will contribute greatly to the reduction of the cost of their operations.

Uja commended the minister for his commitment to developing the nation’s aviation industry and urged him to be the first Minister of Aviation to visit the commission to see how it operates.