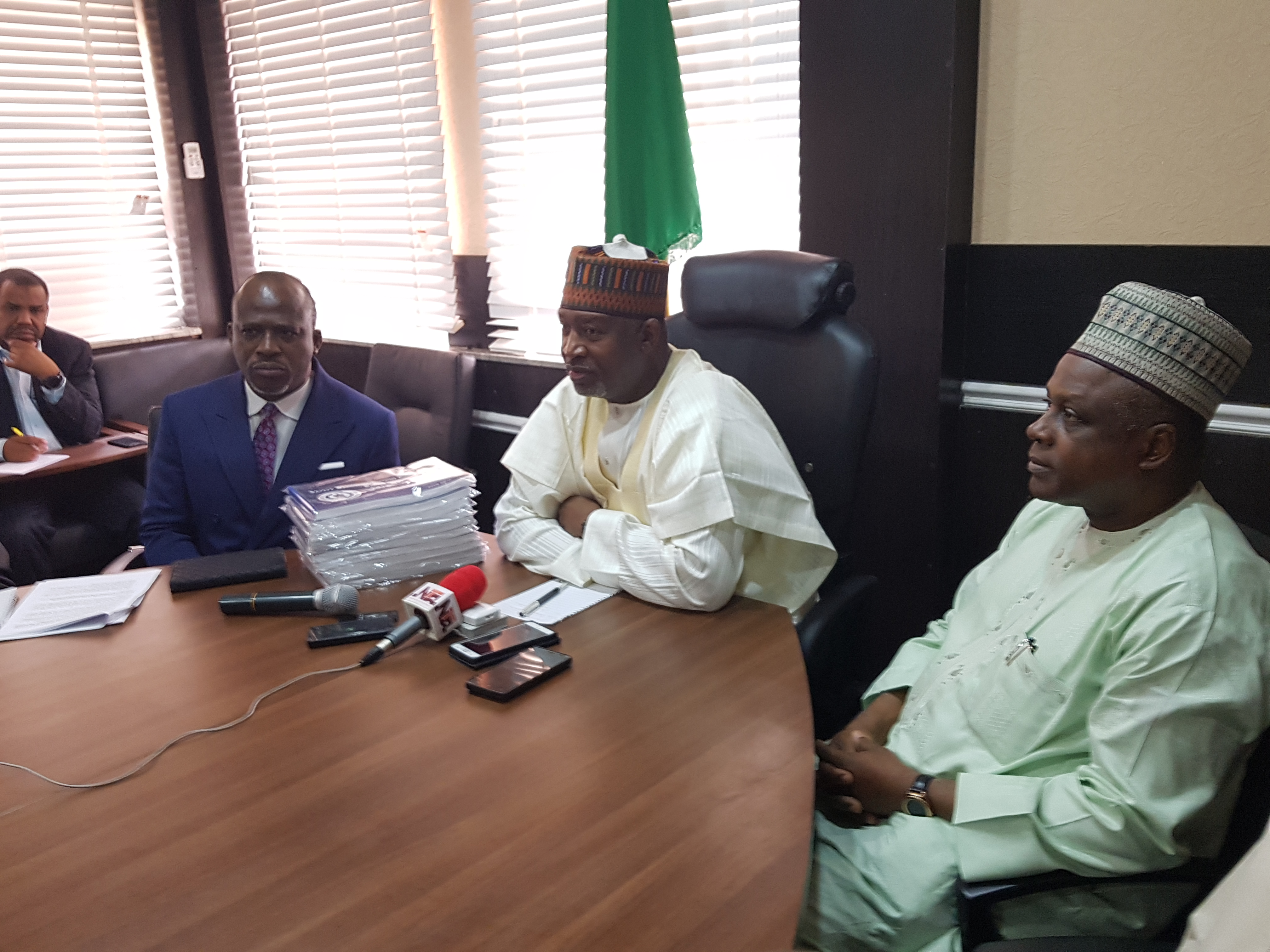 Minister of State for Aviation, Sen. HadiSirika, has pledged that the Federal Government would ensure full implementation of the Air Safety Recommendations released by the Accident Investigation Bureau (AIB).

Sirika who made the pledge when he received the report of the Safety Recommendation Committee headed by the Commissioner of AIB, Mr Akin Olateru on Tuesday in Abuja, said the committee was set up to look into the safety recommendations made since the inception of AIB till date numbering about 130.

He said that safety and security of aviation industry had been the focus of the current administration as contained in the road map he presented to the public at the inception of the administration.

“The fact is that since inception we haven’t had any report of this nature but now that we have it, it behooves on us that we ensure that it be implemented 100 per cent.

“Since we came in, we focused on all of those things that are safety and security critical to the industry.

“In our own belief and understanding and even in our road map, we set out to review all those things that would enhance safety and security of the industry.

“We all want to attract investment and make our airport more comfortable but you have to arrive to your destination first before you enjoy comfort and you have to be well secured.

“We will continue in this direction to ensure that our industry is safe and secure and once that us achieved the rest is easy, he said.

Sirika said that the culture of safety and security consciousness must be created in the nation’s industry to meet the global standards, adding that safety was a norm in aviation all over the world.

“Our infrastructure like the terminal building and the rest are the things that we can do overnight and anybody can build an airport anyway but this issues of safety and security are not only out of intellect but are more of culture and tradition. One you create that culture of safety and security consciousness around our airports and around aviation industry, you are going to have a very robust aviation industry”.

“Aviation all over the world is one with the same culture, the same norm, the same practice and you cannot design a Nigerian aviation different from that the United States or that of the Niger.

So this being the case we cannot be found wanting on matters of safety and security”.

He added that the government was also determined to develop aviation infrastructure through Public Private Partnership (PPP) and implement its roadmap to the later.

Akin Olateru, the AIB Commissioner and Chairman of the Committee, said that the Bureau had since inception in 2007, made 130 safety recommendations, adding while 61 per cent of the recommendations had been implemented, eight percent partially implemented,31 percent were yet to be implemented.

A member of the committee, Group Capt. John Ojikutu, (Rtd), called on the Nigerian Civil Aviation Authority (NCAA) to ensure full implementation of the recommendations, adding that safety and security of the industry required thorough attention.

Ojikutu also called on the government to urgently address the challenges of shortage of manpower especially the Air Traffic Controllers to ensure safety in the Industry.