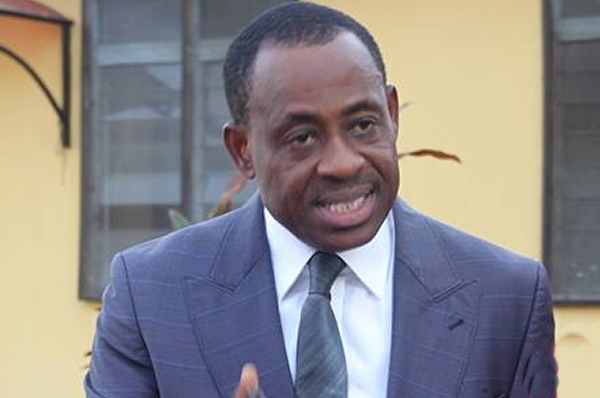 Firstnation Airways has denied all the charges of fraud and stealing preferred by Economic and Financial Crimes Commission (EFCC) against the company and its CEO, Mr. Kayode Odukoya, saying it was based on the false and dubious petition by Skyebank Plc.

The EFCC had Friday, March 16, 2018,  arraigned  Kayode  Odukoya , Managing Director,  FirstNation Airways before Justice Mojisola Dada of the Special Offences Court sitting in Ikeja on a four-count charge bordering on forgery, use of false information, perjury and stealing to the tune of N1, 741, 994, 962.04.

The EFCC had  also claimed the defendant allegedly forged the Memorandum of Loss of Lagos State Certificate of Occupancy in respect of a property located in Lagos, so it could be acted upon as genuine.

But in a statement signed by Ademola Daniel for FirstNation Airways on March 28, the airline claimed, ‘The charges are bogus and without basis and targeted to impugn our integrity and we will vigorously defend ourselves in court.

“As the matter is subjudice, we are unable to discuss any further details but we wish to clarify and correct, malicious misrepresentations made against us to the media. Although the charge was filed as far back as December 11th 2017, the EFCC did not inform either Mr Odukoya or First Nation of its existence even though Firstnation and Mr. Odukoya in good faith continued to visit EFCC offices on December 16th 2017, February 6th and March 13th 2018”, he said.

He added that to correct the impression being created by the EFCC that Odukoya was avoiding arraignment, the airline only got wind of the information and charges through the social media.

“At the same time, the wrong impression was being created in Court, that Mr. Odukoya was avoiding arraignment. FirstNation only learnt of the charges through social media on March 9th 2018.

“On becoming aware of the charges through the social media, Mr Kayode Odukoya voluntarily visited the EFCC on March 13th 2018 at 10 am and was subsequently detained despite the fact that he was already on administrative bail. Given the fact that the charge had already been filed, he should then have been immediately served with same to allow him effectively defend the action. Instead, Mr. Odukoya was only served with the charge on Thursday March 16th and   arraigned on Friday, March 17, 2018, well outside the 48 hours required by law.

“It is instructive that we clarify that Firstnation do NOT owe any other banking institution (local or abroad) and dispute in good faith any indebtedness to Skyebank Plc. We will vigorously defend our innocence with respect to the  charges and are confident that we will obtain justice from the court|”, he added.