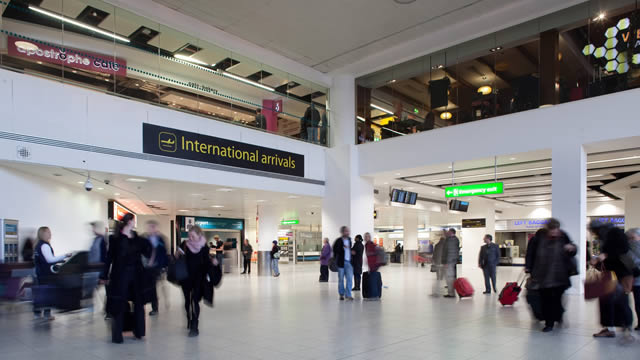 Gatwick broke the 40 million passengers a year mark for the first time on the weekend of November 14/15.

A Nigerian carrier, Medview, is also adding to the traffic as it began services into the airport on Friday.

An airport statement in Airports International newsletter, said Gatwick is now “rapidly approaching full capacity” as it published its traffic data for October.

Gatwick has highlighted that the Airports Commission report into the need for a new runway to serve South East England, said it would take nearly ten years (2024) for Gatwick to hit 40 million passengers a year.

It says this is a forecasting error: “that clearly demonstrates the serious flaws in the Commission’s final report”.

With British Prime Minister David Cameron, having promised a Government decision on airport expansion by the end of this year, Stewart Wingate, Gatwick CEO, said:“To reach 40 million passengers a year is a tremendous achievement and sets a global benchmark for a single runway airport. We have grown rapidly under new ownership and the benefits of competition are clear for passengers – more choice, higher standards and lower fares. It will not be long however before we are full. That is why Gatwick needs a second runway.

“We have reached this milestone ten years ahead of the Airport Commission’s prediction that we would do so in 2024. The Commission’s Report has unravelled in recent months and we now know beyond doubt that there is a fundamental error at the heart of the Report.

“Whether the Report is flawed is no longer a matter of debate, it is a statement of fact. Traffic forecasts obviously underpin the economic figures in the Report so people will make their own judgement on the economic credibility of the Commission’s work.

“Illegal air quality has prevented Heathrow expansion twice in the past and it is worse today than it was then. A third runway at Heathrow would fail again as it would be illegal.

“So the choice is clear – expansion grounded at Heathrow once again with Britain losing out, or expansion taking off at Gatwick with Britain reaping the benefits.”