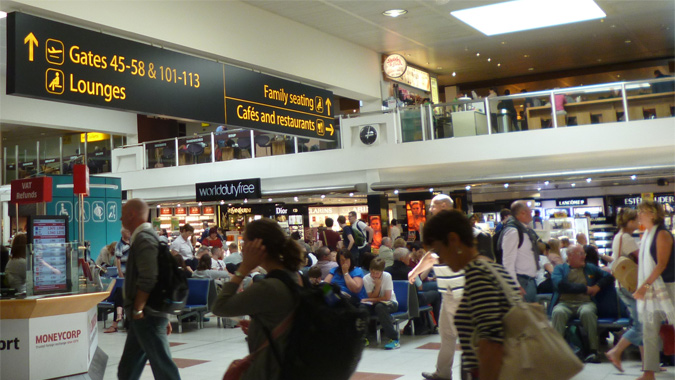 The new facility will allow the airport to handle an extra 4,200 passengers per day, according to the businesstraveller.

The works have added a second level to the pier, allowing the facility to offer vertically separated arrival and departure routes for passengers, which the airport says “smoothes passenger journeys and creates a more flexible and efficient operation for passengers and airlines”.

Stands have been redesigned and modernised, allowing the pier to accommodate up to seven large aircraft and 12 smaller aircraft, or a combination of both, and all gate rooms now have a London-themed design.

The redesign means the pier will be able to handle an additional 30 flights per day, equating to around 4,200 passengers.

Launching the new facility Gatwick’s CEO Stewart Wingate said:
“Today, 40 million people choose Gatwick each year and we have achieved 34 successive months of growth. To keep pace with this unprecedented growth, we need to be smart about how we work with our existing infrastructure while we wait for a Government decision on airport expansion.

“Our investment programme is all about driving that growth, and Pier 5 will be a significant contributor, allowing us to handle greater volumes of aircraft and passengers.”

The £80 million project is part of Gatwick’s £2 billion transformation programme.

Last year the airport unveiled its new North Terminal departures level and this winter will see a major shake-up of carriers at the airport, with Easyjet moving its entire operations into Gatwick’s North Terminal and British Airways switching to the South Terminal.