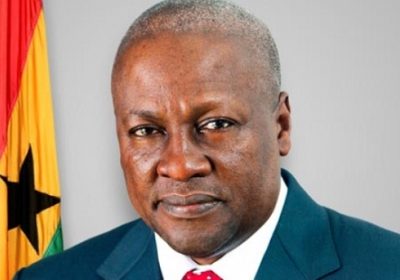 President John Mahama has announced that following consultations he had with the National Petroleum Authority (NPA), on the cost of aviation fuel in the country, the Authoriyy had agreed to reduce it by 20 per cent.

The objective is to further improve the volumes of airlines that fly into the country.

The President explained that his move followed numerous complaints he received about the high cost of aviation fuel in Ghana, which compelled some airlines to load up fuel outside Accra.

President Mahama made this known when he inaugurated the Ghana Civil Aviation Training Academy (GCAT) at the Kotoka International Airport (KIA) in Accra yesterday.

The President, who was also at the KIA to inaugurate the refurbished arrival hall of the airport, inspected the international arrival tunnel, the port health facility, the visa on arrival facility and the passenger transit facility.

The visit also took him to the data centre, the arrival baggage reclaim facility and customs division.

He noted that the government’s vison of making Accra the preferred aviation hub in West Africa was on track, adding that the phenomenal increase in traffic into Accra, particularly transit traffic, coupled with the expansion of the Kotoka International Airport (KIA), gave credence to the fact that Ghana was becoming an attractive destination.

Addressing officials of the Ghana Civil Aviation Authority (GCAA) ahead of the inauguration of the academy, the President underscored the need for the airport management and air navigation and regulation services to work together to move the airport forward.

He lauded the Ghana Ports and Habours Authority (GPHA) and the Ghana Airports Company Limited (GACL) for being examples of best practices of state enterprises, having used their internally generated funds for expansion works of their respective facilities.

President Mahama expressed his satisfaction with his visit to the various facilities and was particularly impressed with the expansion of the immigration counters that had increased from 12 to 26 and the expanded baggage capacity with increased carousels.

The President told the gathering that training and retraining were critical in air traffic control for which reason he urged the GCAA to nurture the academy to become a centre of excellence.

“Accra flight information regime is reputed to be one of the safest in the world because of the dedication of the staff at the GCAA,” he said.

President Mahama also visited the construction site of the Terminal three project which began in March 2016.

The project is a part of the Ghana Airport Company’s capital investment programme that involves the construction of a new terminal at KIA and the rehabilitation of other regional airports managed by the GACL.