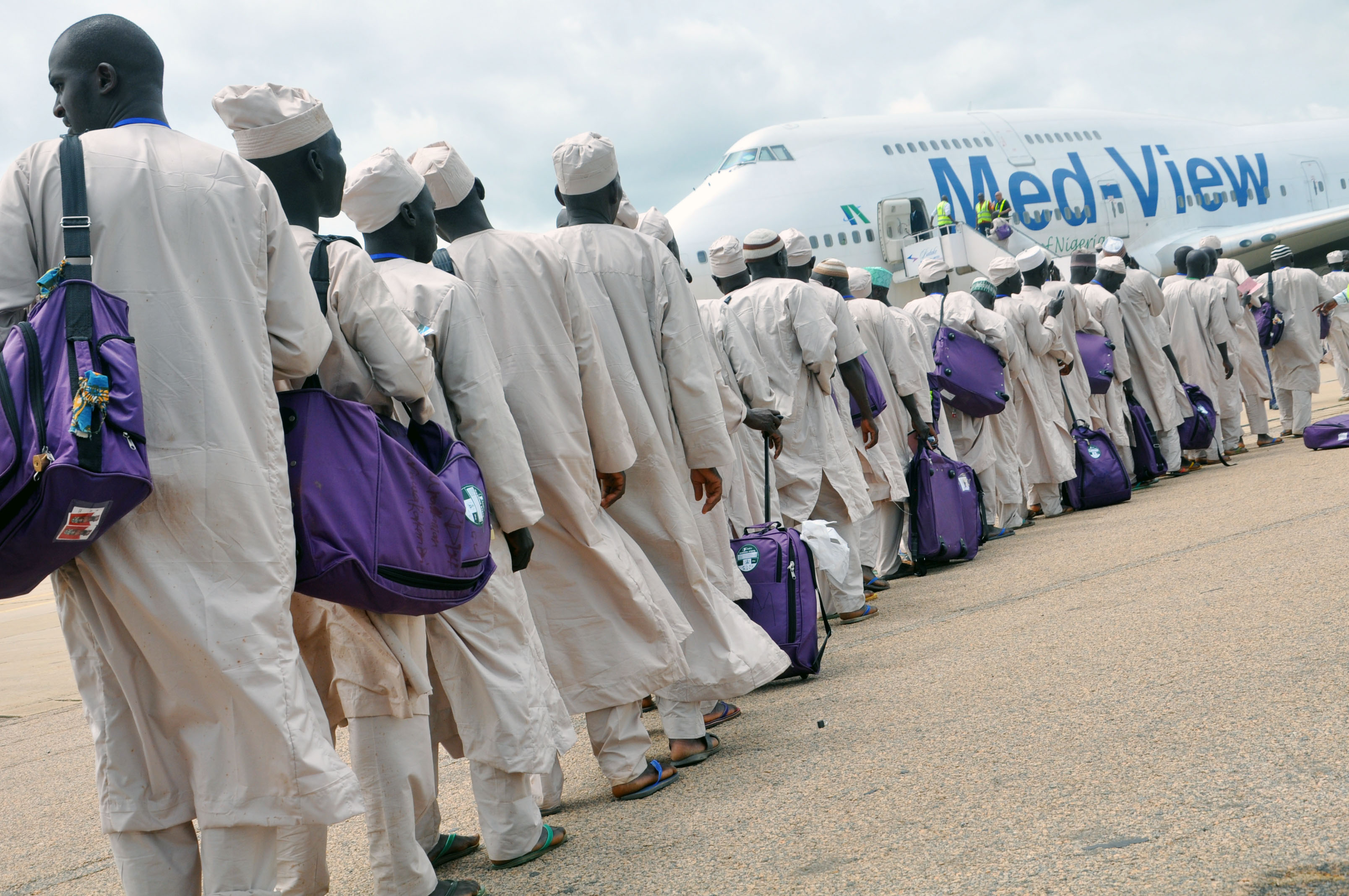 Pilgrims to Saudi Arabia boarding the Med-View Airline aircraft during the flag off of 2017 Hajj operations at Kaduna International Airport, Kaduna on Tuesday

Med-View Travel Konsult, an arm of Med-View Airline PLC, is to airlift over 200 International passengers to perform the  2018 Hajj exercise in Saudi Arabia.

The Med-View international pilgrims are different from the the over 10,000 passengers the airline would be airlifting to Saudi Arabia this year from Lagos, Kaduna, Maiduguri, Ilorin and Port Harcourt for the South East and South- South intending pilgrims.

At the annual Hajj seminar held for the pilgrims on Sunday at the airline’s corporate Head Office in Lagos, Chief Executive Officer (CEO) of the airline, Alhaji Muneer Bankole said Med-View Konsult had simplified the Hajj rites.

He said: “One of the added values we have put into this is to make people feel that they are not missing home. We have provided cooks that would prepare local food for our pilgrims. We give them Amala, Eba, Semo, rice, chicken and others.

“This keeps everybody more comfortable when you go out of the country. Where you cannot dream of having these menus, Med-View has provided them.”

He said Med-View has in its team sound Islamic scholars who would take the intending Pilgrims through the rites of Hajj in Makkah and Madinah.

“Med-View also goes with medical team headed by a highly experienced Medical Doctor to provide  them the support”, the CEO added.

At the seminar were officials of the Nigeria Immigration Service (NIS), Nigeria Drug Law Enforcement Agency (NDLEA), the Nigeria Customs Service (NCS) who enlightened the intending pilgrims on the do’s and don’ts of their trip to Saudi.

He admonished the pilgrims to be good ambassadors of the country and follow the instructions and guidelines passed to them by their leaders.