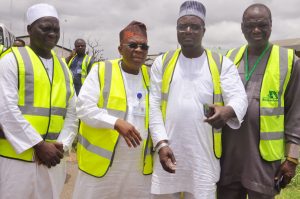 Lagos State yesterday flagged off the airlift of pilgrims in the zone with inaugural flight on Med-View Airline aircraft carrying 460 pilgrims from the Murtala Mohammed International Airport (MMIA).

The Airline Boeing 747-400 aircraft which conveyed the pilgrims took off at exactly 12:52 pm in the presence of officials the airline led by the Chief Executive Officer of Med-View Airline, Alhaji Muneer Bankole, officials of NAHCON and Lagos State Pilgrims Board

The 460 pilgrims which left for King Abdul Aziz International Airport in Jeddah were among the over 2000 Lagosians that would be performing the pilgrimage exercise.

Bankole said the airline had dedicated three aircraft to airlift pilgrims to the holy land on schedule. 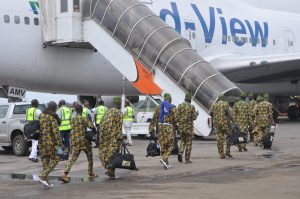 He said since the commencement of the airlift exercise last week, it has been going on smoothly, assuring that in the next 10 days, the airlift of Lagos zone which consists of pilgrims from the southwest would be completed.

“As you are aware the operation has started for the last seven days and things are going as planned and we are giving thanks to Almighty God. We are here in Lagos zone which comprises southwest and we believe in the next one week, we should be running it down. In 10 days, it should be over.

“You can’t compare our services with others. We are in touch, I am the only CEO you find on the field and that shows the seriousness of the business.

On the bird strike which affected its aircraft in Ilorin, We are happy because the Captain took what we call precautionary measures. 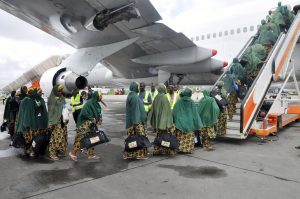 “The birds are all over in Ilorin. We only advise the NAMA, the Control Tower and FAAN to do what is needful and send those birds out of airport environment and I believe that was done.

“When it happens and that captain took that measure, I think it is a wonderful decision by the captain. We are sending another passenger to take the passenger out of the place by the grace of God tonight”, he said.