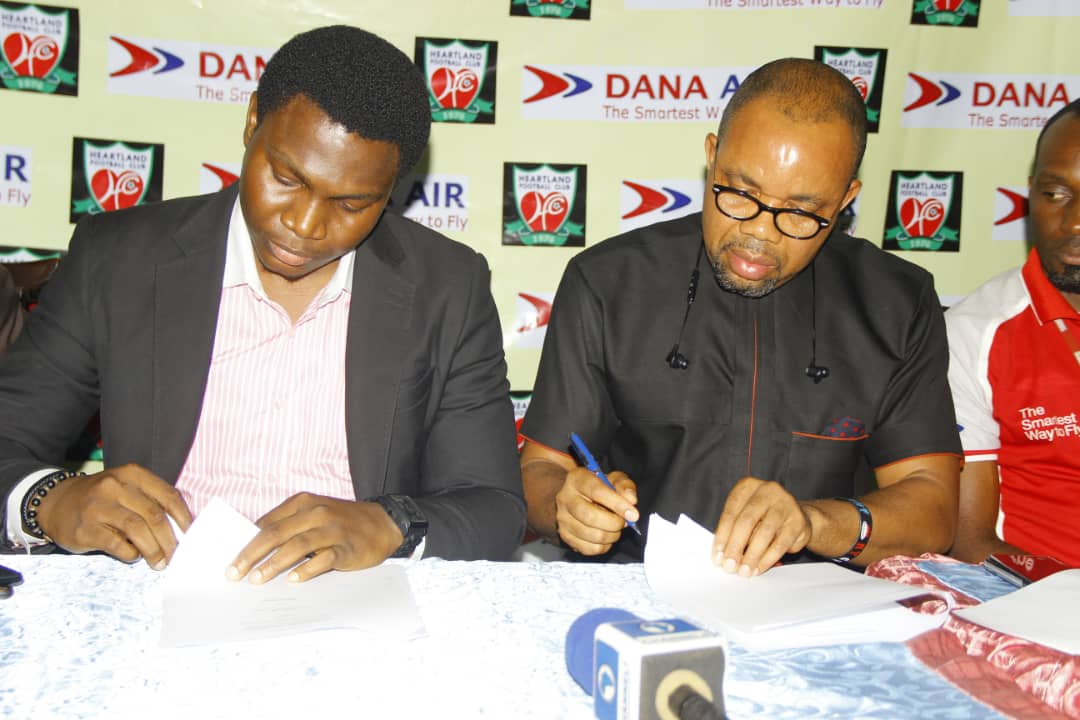 L-R) Media and Communications Manager of Dana Air, Kingsley Ezenwa and President of Heartland Football Club of Owerri, Chief Goodfaith Etuemena, during the contract extension signing of Dana Air’s sponsorship of the club for another one year recently in Owerri.

The sponsorship which was first unveiled in 2018 was extended for the duration of the 2018/ 19 Nigerian Professional League (NPFL) Season at a short ceremony held at the conference hall of  DE-Range hotel in Owerri, the Imo state capital.

Speaking at the contract extension event, the Media and Communications Manager of Dana Air, Kingsley Ezenwa, said, ‘we are happy to be back here to unveil another mouth-watering deal for our darling team – Heartland fc of Owerri, Imo state.  We are proud of the innovations that the club is introducing to our league and the transformation that the team is undergoing at the moment.’’

‘At Dana Air we are not just concerned about flying our guests to and fro Owerri and Abuja, but we are concerned mostly about what we can positively contribute to the development of the state, in furtherance of   other CSR activities we have carried out in Imo state.’’

We believe sports; particularly football is another way we can impact the state and the good people of Imo state by doing everything to ensure that their beloved team gets all the support to play the continental games this season. Also, considering the futuristic airline partnership that we have with the forward-looking Imo state government, Heartland fc becomes central in our sponsorship considerations. ‘’

The Chairman and President of Heartland FC, Chief Goodfaith Etuemena also commended the management of the airline for considering the club in its sponsorship initiatives in the state describing it as the ‘first ever in the country by any airline in the country and the most innovative for the second year running. 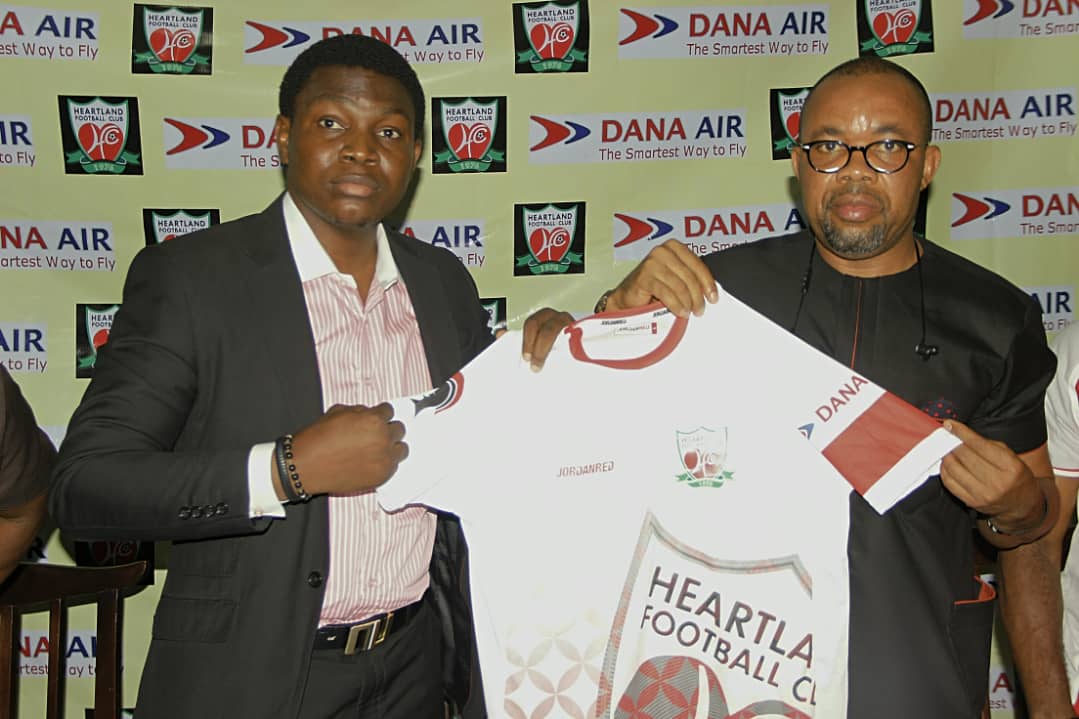 “We are thankful to Dana Air for considering an extension of this sponsorship deal for our great club – Heartland FC of Owerri.  We have also done a lot on our part to improve so that we can continue to attract amazing sponsorship like this. At the moment, we have a foreign partnership for the production of our kits and they are of top quality. We also have a new home ground, a foreign coach and with Dana Air embossed boldly on our home and away jerseys we hope to make them proud for their investment and believe in the team since we came from the lower league. ‘’

Dana Air in 2017 entered into an airline partnership with the Imo state government to aid commercial and tourism potentials of the state, create jobs and provide convenient fares for guests traveling to and fro the state.

In 2018, the airline unveiled a huge sponsorship deal for both Akwa United FC of Akwa Ibom and Heartland fc of Imo state as part of its commitment towards sports development in the states and by extension the country. The airline says its sponsorship of the clubs will make the league more attractive and spur other corporate bodies to tow its line. This extension makes it 2 years sponsorship in a row for both clubs