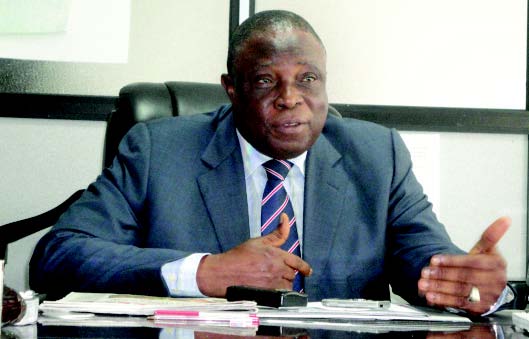 Olu Owolabi, immediate past managing director of Skyway Aviation Handling Company Limited (SAHCOL), has said that unless domestic airlines consider the option of mergers and acquisition, they will continue to lick the crumbs from foreign airlines operating into the country.

Owolabi, who made this known shortly before bowing out as the Chief Executive Officer of SAHCOL, said that is the only way the airlines can be stronger and compete with their foreign counterparts.

“My take is that foreign carriers need the local carriers to be able to have some feeders from the inner parts of the country more so that our roads are not highly rated for safety.

“But I don’t see why two local operators cannot merge to become stronger. There is no way they can fight these foreign carriers who operate from foreign arena with stronger currency while your own currency continues to fluctuate every day. How do you breakeven when you have all the checks that have to be carried out in foreign countries spending dollars and how much are you paid as fares. The foreign airlines are paying us peanuts”, he said.

He also called on the aviation regulatory body in Nigeria, the Nigerian Civil Aviation Authority(NCAA) to intervene on the issue of ground handling tariff charge foreign airlines operating to the country to arrest capital flight.

He said this was so because of the issue of disagreement or lack of trust over the tariff charge between the two major ground handling companies operating in the country.

“How long would an investor wait to recoup such money and then we have these airlines are not ready to allow you increase the tariff. I am appealing to NCAA to look into issue of both SAHCOL and NAHCO on the issue of tariff. While foreign airlines milk Nigeria dry on tariff, Nigerian airlines which operate to foreign countries, pay through their noses. This is because of the foreign airlines are playing upon the issue of little disagreement or distrust of two major ground handling companies which is not suppose to be,” he said

Owolabi said the problem begun to rear its head when the ministry of transport relinquished the role of tariff fixing to the regulatory body. He said what used to obtain was having a uniform rate for the ground handlers and give them five percent allowance to play with.

He lamented the present situation where NCAA approves different tariff for ground handlers at the same time.

He explained that this, foreign airlines have seen and decided to exploit to their advantages and disadvantage to the nation economy.

“ We have made a lot of moves to allow us to sit down and iron out and solve these problems, but it is yet to be sorted out even as at last time. I see no reason why NCAA should approve NACHO for a tariff separately. It is a tripartite agreement. I expected NCAA to call us together. By and large, if you look at it is the foreign exchange we are losing. Tickets fares are raised every time by the foreign airlines yet they don’t want you to increase your tariff. If you try to do so they threaten that they would go to other handler.

“ And before you know what it is, they are taken away from you. That is not fair enough. We need to be our brother’s keeper. The issue of tariff was handled by the ministry before it was handled over to NCAA. What NCAA should do now is to approve a uniform tariff for the ground handling companies with an allowance of 5 per cent for each company to play with if they wanted to. This is what is done all over the world. T think they really have to look into this issue and see what to do,” he explained.

On state building airports, Owolabi said: While I am not against any state building airport because they are looking at trade and opportunity to open up their economies to investors and investments. They must look into what type of aircraft that would operate into that airport, when you travelled to airports around the world you see Boeing 737, you are also going to see propeller aircraft with 10 to 18 seating capacity that are very new and healthy that would take you to places . It is the way we are doing our agreement between the local operators and the foreign carriers. They are not been too serious in some of the things they do.