How Nigeria can develop infrastructure, by Babalakin 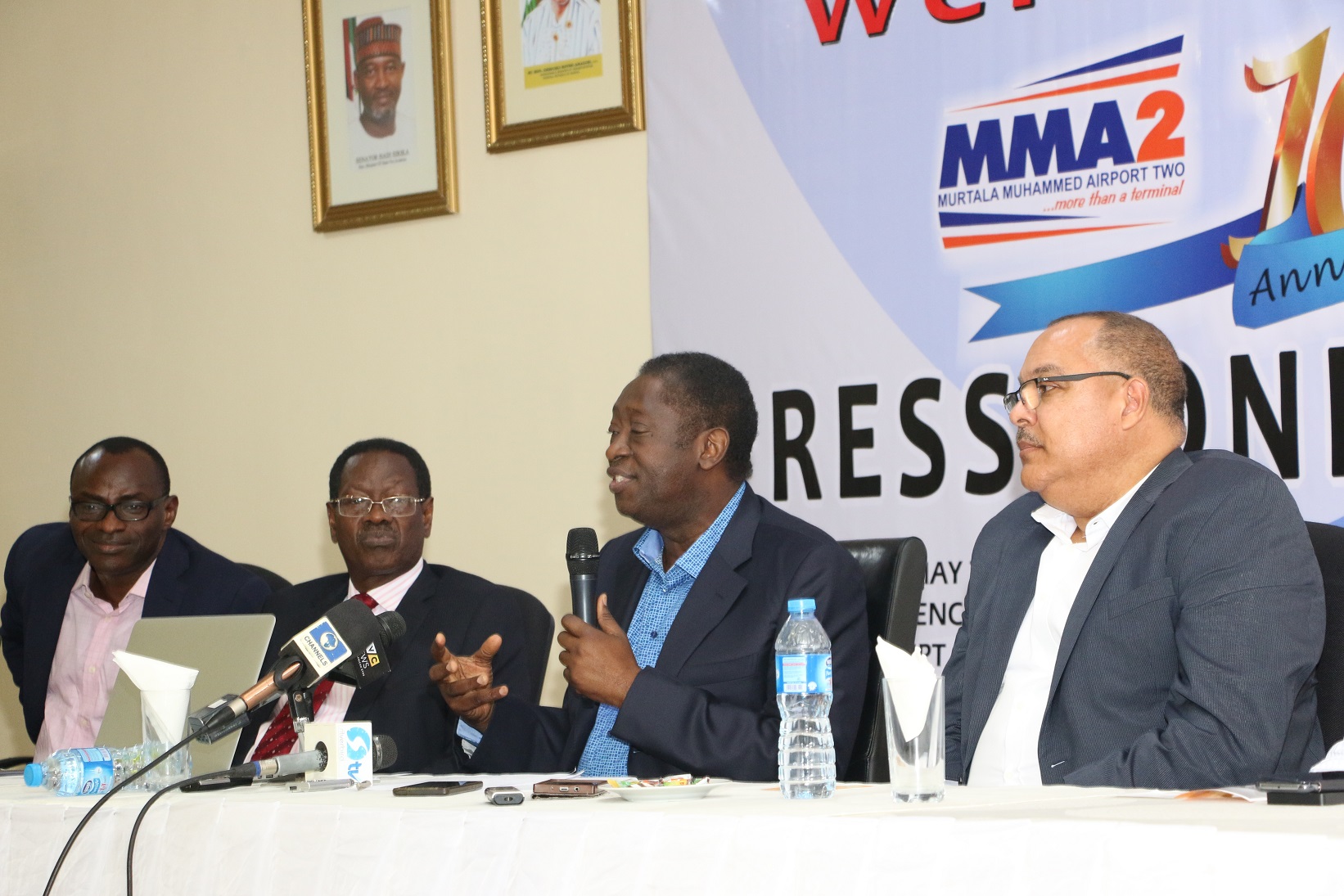 …seeks payment of N200bn from operations at GAT

…says BASL not indebted to AMCON

Dr. Wale Babalakin, chairman of the Resort Group, parent company of Bi-Courtney Aviation Services Ltd (BASL), operators of Murtala Muhammed Airport Terminal two (MMA2), Lagos, has advised government to shun partiality and work in accordance with the rule of law in concessioing its infrastructure, saying this is the only way the citizens and private investors can enjoy its dividends and have confidence in government.

Speaking at a press conference at the MMA2 terminal to mark its tenth year anniversary, he said for the past ten years, government has refused to obey the rule of law as it relates to the agreement on the building of the terminal, adding that has posed series of challenges to the growth and revenue on the infrastructure.

According to him, the first arbitration (three members from government and three from BASL) that was set up to scrutinise the content of  agreement, after it has first been settled under late President Umaru Ya’Adua, approved 36 years of concession; recognized that all domestic flights from Lagos would emanate from the MMA2; all opertors at General Aviation Terminal (GAT) pay directly to BASL and that MMA2 can be extended if need be, to the GAT.

He explained that despite that, government refused to grant this and went ahead to develop GAT for domestic flights, saying with all the cases won by BASL n this issue, government up till today, refused to obey the rule of law.

“No nation can truly achieve its potentials until it treats her citizens properly. MMA2 was built on a premise that  all domestic from Lagos State must emanate from MMA2 and that government should close the GAT as soon as MMA2 was ready. But Arik Air began operations at GAT in defiance of the law.

“FAAN, Arik, NUATE and ATSSSAN went to court and lost, and since 2012, the Authorities have been accumulating this money to the tune of N200 billion. And our lawyers now went to court to clear our debt to the Assets Management Corporation of Nigeria (AMCON) from the amount accruable from the Authorities, therefore, we are having a net N100 billion, we owe no dime to AMCON, we solicit the assistance of all and sundry in the payment of N200 billion”, he said.

Babalakin, who said government cannot effectively develop infrastructure, unless it involves the private sector, threw his weight behind plans to concession Nigeria’s airports.

He said however said: ‘but the private sector will operate where there is respect for the rule of law. We should enhance our judiciary and obey the rule of law. For instance, if you give the existing airlines necessary support, they will present a model airline.

“The 22 airports can be turned around in less than three years if concession is done in accordance to the rule of law, but if it is doe based on man-know-man syndrome, it will not work.

“We call on the regulatory authorities to honour the Concession Agreement which has been approved by every level of Governnent including the Presidency and confirmed by all the strata of the courts in Nigeria. This is the only way to reward our pioneering efforts .We are grateful to Allah that our eye opening effort  that had led to the upgrading of some airports in Nigeria and the decision of the Federal Government to concession airports in Nigeria. We welcome the idea of concessioning if it is done properly and in accordance with the Rule of Law”, he added.