How technology is shaping the next leisure travel revolution 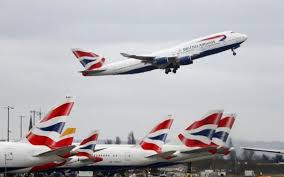 Now trends indicate a second revolution is underway as technology changes the way we holiday.

“Just as the economies of the Jumbo Jet made the dream of an overseas holiday attainable for many more people nearly 50 years ago, today technology is shaping the way we decide where to go, what to do and the experience we have,” says Edward Frost, British Airways’ commercial manager for South and East Africa.

The airline, which flies to some 200 destinations in nearly 90 countries, has identified four technology influenced trends which are increasingly shaping the way its customers are holidaying.

Bleisure, an awful contraction to describe adding a leisure component to a business trip, is an associated trend. British Airways has responded by making loyalty programmes such as the Executive Club and On Business more flexible, allowing busy executives more opportunity to extend business trip to include some ‘me time’.

Five years ago British Airways began using technology to enhance service when it provided iPads to cabin crew. Initially this helped crew resolve issues, such as helping customers with tight connections, but it has since evolved to allow them to deliver a more personalised service.

Knowing a customer’s Executive Club status and having other useful information at their fingertips enables the crew to provide onboard service that’s more akin to a leading hotel than an airline.

It’s an environment where standing still isn’t an option and the evolution of the British Airways app is a case in point.

In 2008 it was the first airline to launch an iPhone app. The same year it became the first UK carrier to offer mobile check-in. In 2011 it extended mobile check-in to Windows phones. Two years later Passbook boarding passes were made available for iPhone users. In 2014 the mobile app was relaunched, with functionality that enabled customers to make and change bookings. The same year it become the top-rated airline app. In 2015 it was the first airline to develop an app for the Apple watch. It now also allows customers to save multiple boarding passes to their phones.

Other useful benefits include iBeacon technology, which gives iPhone customers a welcome pop-up message and the WifFi password when entering the Terminal 5 lounge. It also gives customers in Terminals 3 and 5 ‘push notifications’ on their smartphones informing them when the gate is open and when the aircraft is boarding.

“There’s no doubt about the fact that technology is having a major influence on travel trends,” says Frost. “Just 20 years ago when we launched ba.com it was little more than a handful of pages, showing basic timetable, product and contact information. In the past decade the number of flights bought on the website has increased by 300 per cent and nearly 60 per cent of customers now check in on desktop or mobile.”