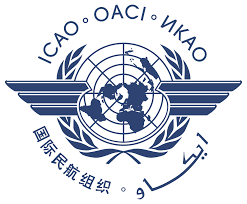 Europe and the United States tried to bridge differences over emissions standards for aircraft as global aviation leaders prepared to adopt new rules that could affect Boeing and Airbus production.

Proposals being debated in Montreal by the International Civil Aviation Organisation  (ICAO), would force makers of the world’s largest passenger jets to upgrade or stop producing certain models by 2023, according to people close to the negotiations and documents seen by Reuters news agency.

US and European negotiators are trying to come up with carbon dioxide emissions standards for aircraft as part of the industry’s contribution to efforts to combat climate change.

Aviation was not included in the global climate deal agreed by a UN conference in Paris in December, but ICAO is trying to nail down the first of its two-part strategy after six years of talks.

Differences remain on where to place the bar on efficiency, with the United States and Canada pushing for more stringent targets than the European Union, while environmental groups have accused Europe of dragging its feet.

“The CO2 standard will push industry to be as fuel-efficient as possible in all market conditions to reduce GHG (greenhouse gas) emissions and the impact of aviation on climate change,â€ stated the Canadian paper presented at ICAO last week.

The proposals could revive pressure on Airbus to upgrade the A380, with new engines. Airbus recently examined that proposal to boost sales, but it has dropped down its list of priorities.

It could also spell the end for Boeing’s struggling 747-8 and force it to upgrade at least one of its two smaller freighters.

According to airwisenews, Airbus and Boeing declined to comment on negotiations.

The Montreal talks, which run until February 12, are designed to set ambitious rules for new types of aircraft in the future.

A less stringent standard would apply to aircraft already in production, but this has led to the fiercest arguments since some of these planes would need to have costly improvements.

The fuel efficiency standards would apply to smaller business and regional jets, along with larger commercial planes weighing at least 60 tonnes that account for the majority of aviation sector emissions, two people familiar with the matter said.

Participants have been weighing 10 different options for new targets, with one being the weakest and 10 requiring the greatest reduction in emissions, the documents showed.

European representatives have said they will not back a standard higher than 6 on large planes in production.

The United States and Canada had initially backed options 8 and 9 but said they would not budge below a 7, and at one stage did not rule out breaking off talks. However, on Sunday some progress was reported in narrowing differences.

While Airbus and Boeing have already planned more fuel-efficient upgrades to most of their aircraft, including the popular A320 and 737, some jets would have to be upgraded or cease being produced by 2023.

“They’re not content,” one delegate said of the jet makers.

A question mark remained over the current-generation wide-body jets produced by Airbus and Boeing, the A330 and 777-300ER.

Both are likely to be superseded by new models before 2023, but aviation analysts have said recent market experience and low oil prices suggest demand for older jets can be resilient.

Environmental groups said the standard will boost efficiency, but it will only make a small dent on the industryâ€™s greenhouse gas emissions, which are projected to triple or quadruple from current levels by 2040. They say the standard needs to be accompanied by a strong global market-based approach.