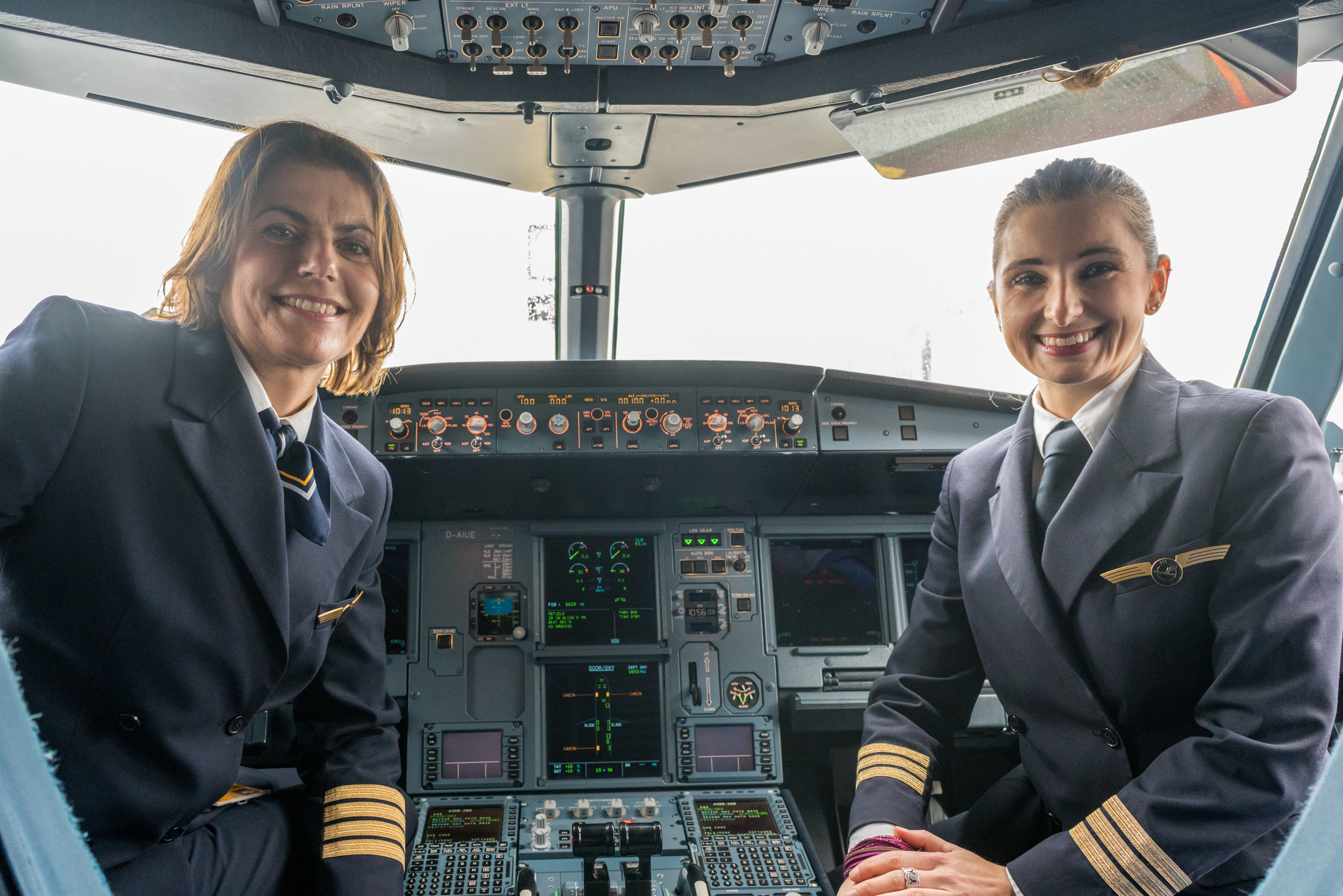 On 8 March, the International Women’s Day, six crews from Lufthansa, SWISS, Austrian Airlines and Brussels consisting only of women took off from the Lufthansa Group hubs to Berlin.

The jets, which set off from Frankfurt, Munich, Düsseldorf, Vienna, Zurich and Brussels was each be flown by two female pilots.

“We specifically look out for potential female employees on our application channels and we provide an employee-friendly working environment that means that family and work can be reconciled; this allows us to attract more young women to supposedly typically male professions such as the pilot’s job”, says Dr Bettina Volkens, Chief Officer Corporate Human Resources and Legal Affairs at Deutsche Lufthansa AG.

The first two women began their scheduled service with Lufthansa in 1988. The year 2010 saw a world premiere in the airfreight industry: a Lufthansa Cargo aircraft took off with an all-female crew.

These days, women in the cockpit are no longer an exception. Around six percent of pilots at the Lufthansa Group are female and the percentage has been continuously increasing over the past years. Around 80 percent of the cabin staff are female. Lufthansa received a blessing from the Society for the German Language for the new German word “Kapitänin” (female form of “Kapitän” = captain) specifically to refer to the growing number of female pilots.

Women play a central role not just on the plane. Be it on the apron or in the logistics centre, more and more women are opting for more technical jobs at the Lufthansa Group – such as Christina Schultheis.

She has been a ground operations agent at Lufthansa since 2012, where she has been working in a 2-shift system since completing her training as an aviation service expert. She has about two hours to service a long-haul flight, which includes cleaning the cabin, re-fuelling, loading freight and luggage and boarding the passengers. Around one quarter of ground operation agents are women.

“Here you can make a difference: It is my responsibility that every flight leaves safely, efficiently and on time”, says Schultheis.

“We are the link between passengers, crew, tower, cleaning, catering and cargo – we talk to everyone. I particularly like the diversity and responsibility that comes with this job. I love doing it. I never want to leave”, she added.

In addition to the supposedly male domains, increasing the percentage of women in management is another goal of the Lufthansa Group. “We are well on our way to achieving this through the introduction of a transparent job posting process and the use of recruitment diversity criteria”, says Volkens.

In 2011, Lufthansa and other major German companies set themselves voluntary targets to increase the number of women in management. By 2020 the aim is to have 30 percent more women compared with 2010.