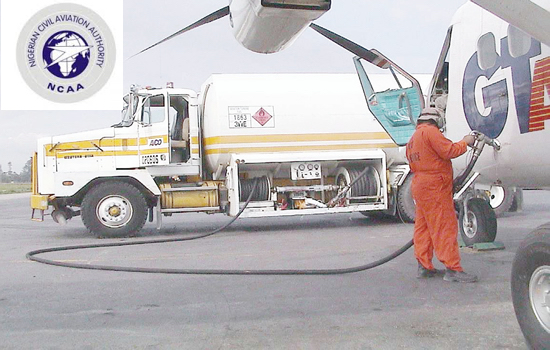 The Nigerian Civil Aviation Authority (NCAA), has with immediate effect, lifted the sanction it imposed on Lubcon from supplying aviation fuel to domestic and foreign airlines at airports in Nigeria, Adesoji Fagbemi, group executive director of the firm, has said.

The firm was suspended a few weeks ago for lack of requisite facilities at some airports to supply aviation fuel.

The lifting of the ban according to Fagbemi, was contained in a letter to Lubcon signed by the Director of Airworthiness Standards, Engr. Benedict Adeyileka on behalf of the Director General of NCAA.

The letter said the suspension was lifted as a result of certification of Lubcon’s aviation fuel supply facilities by the Department of Petroleum Resources (DPR) and Nigerian Civil Aviation Authority(NCAA).

The certification, he said was preceded by verification visits by top officials of the two regulatory agencies.

The visits , he said were found to be satisfactory .

“The certification of the LUBCON Aviation Depot has resulted in the facility becoming one of the best in the industry. This is a confirmation of the enviable standards maintained by LUBCON.

LUBCON commended DPR and NCAA for their quality assurances meeting international specifications. LUBCON wishes to assure all its aviation customers and stakeholders nationwide of its renewed commitment to continue to deliver quality services they have become accustomed to. LUBCON thanks them for their support and understanding during the period”, he said.

It would be recalled the NCAA embarked on recertification of Aviation fuel marketers after an alarm was raised by Airline Operators of Nigeria that some of them were supply kerosene in place of the real commodity, to airlines.