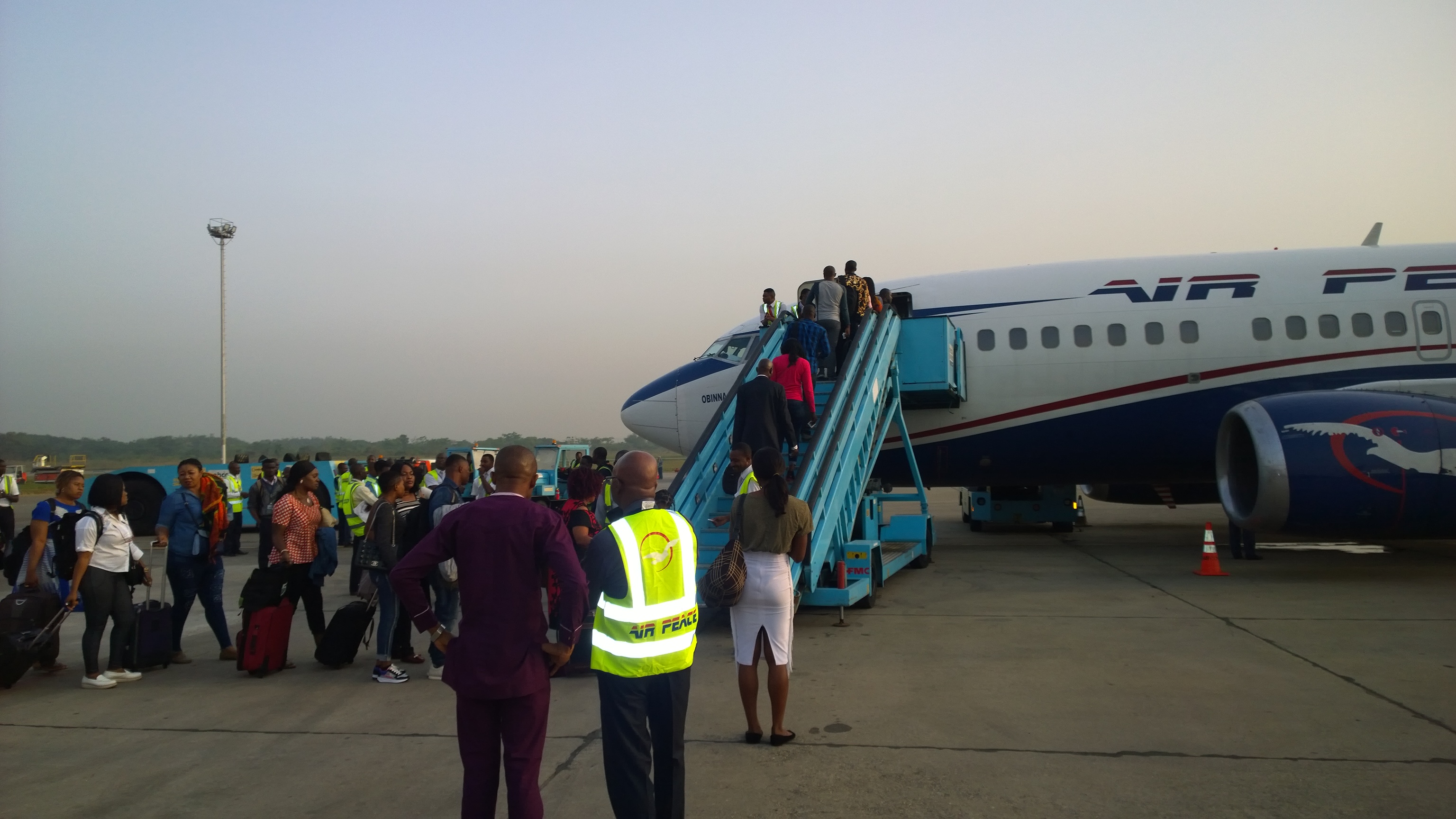 Nigeria’s leading airline, Air Peace on Monday made good its promise to commence its Freetown, Banjul and Dakar flight services, earning accolades from top government officials, members of the diplomatic corps, aviation regulators and corporate leaders on the West Coast of Africa.

In a related development, the Chairman/Chief Executive Officer of Air Peace, Mr. Allen Onyema has identified seamless air connectivity as pivotal to the socio-economic development of countries within the West Coast of Africa and other nations on the continent. 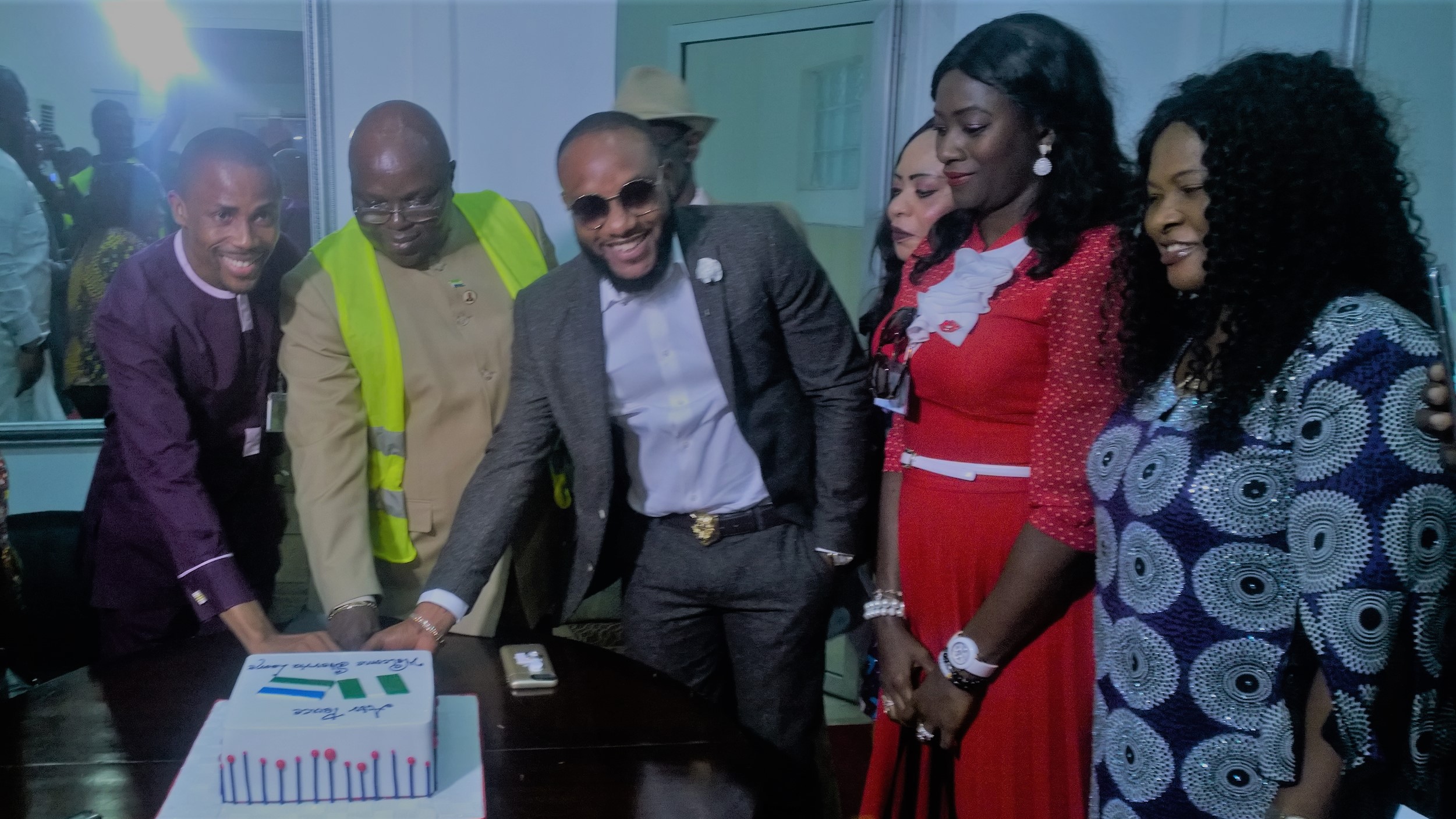 Receiving Air Peace delegation moments after the maiden flight to Freetown touched down at the Freetown International Airport, Lungi, Sierra Leone’s Minister of Transport, Mr Balogun Koroma commended the carrier for extending its operations to the country.

“We are looking for in-flight quality service, on-time service and adherence to our local content laws in terms of employing our people. And Air Peace has given us the assurance that they would adhere to that,” Koroma said.

Shortly after departing Freetown, the inaugural flight landed at the Banjul International Airport, where the Director of Operations of The Gambia Airport Authority, Mr. Abdoulie Colley assured Air Peace that it would be accorded the needed support to succeed in the country.

For his part, excited Nigeria High Commissioner to The Gambia, Ambassador Oluwasegun Ibidapo-Obe said the coming of Air Peace would strengthen bilateral relations between Nigeria and The Gambia.

The Gambia, the ambassador said, had a lot of potential Nigerians could exploit.

The connectivity provided by Air Peace, he assured, would boost the socio-economic relations between Nigeria and The Gambia.

Also speaking for banks in Banjul, the Relationship Manager, Corporate Banking of FBN Gambia Limited, Mr. Mike Junior Emeh said Air Peace’s expansion of its route network to The Gambia and other West Coast countries was a big relief for travellers. 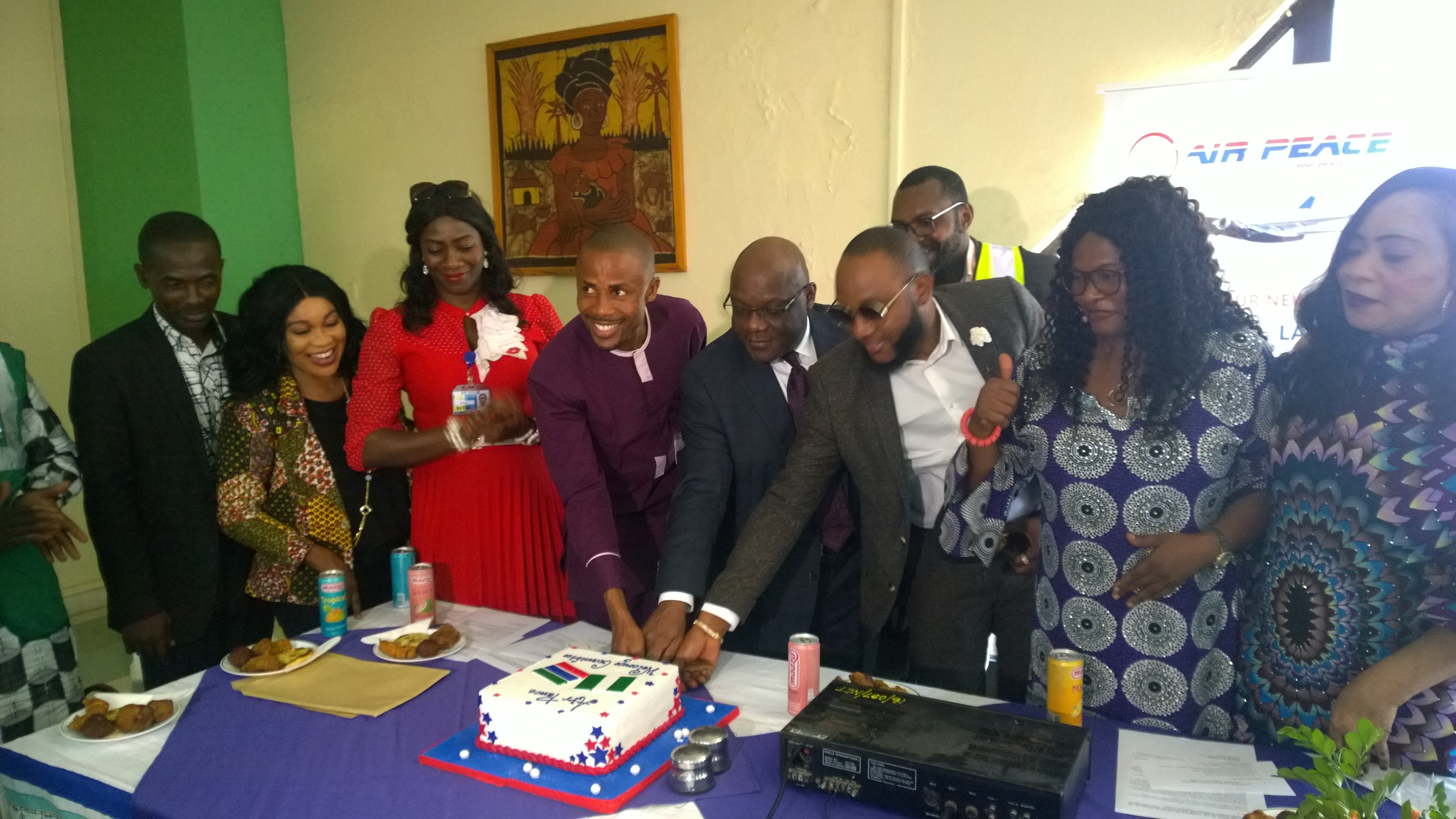 He urged the airline to maintain its on-time reputation and consistency, assuring that the carrier would succeed in its West Coast flight operations.

In Dakar, the Director-General/Chief Executive Officer of LAS, Mr. Xavier Mary, who spoke on behalf of the operators of Senegal’s new airport, Aeroport International Blaise Diagne, said Air Peace’s Dakar service was a good opportunity for improving businesses between Nigeria and Senegal.

In his own goodwill speech, Minister in the Embassy of Nigeria, Dakar, Mr. Lot Egopija said he was pleased that Air Peace was fulfilling the cardinal agenda of the Economic Community of West African States (ECOWAS) to bridge the gap among its member-states.

“Air Peace coming into Dakar is to create access to the people of both countries and also to further the ECOWAS agreement.

“Nigeria has Bi-lateral Air Service Agreements (BASAs) with many nations, and having a population of 180 million people, it is a good way of ensuring Nigerians have access to these people and also their businesses.

“Many people have preconceived notions about Nigeria, and I hope that Air Peace will be able to allay their fears by connecting them to the country to see our vast potentialities,” he said. 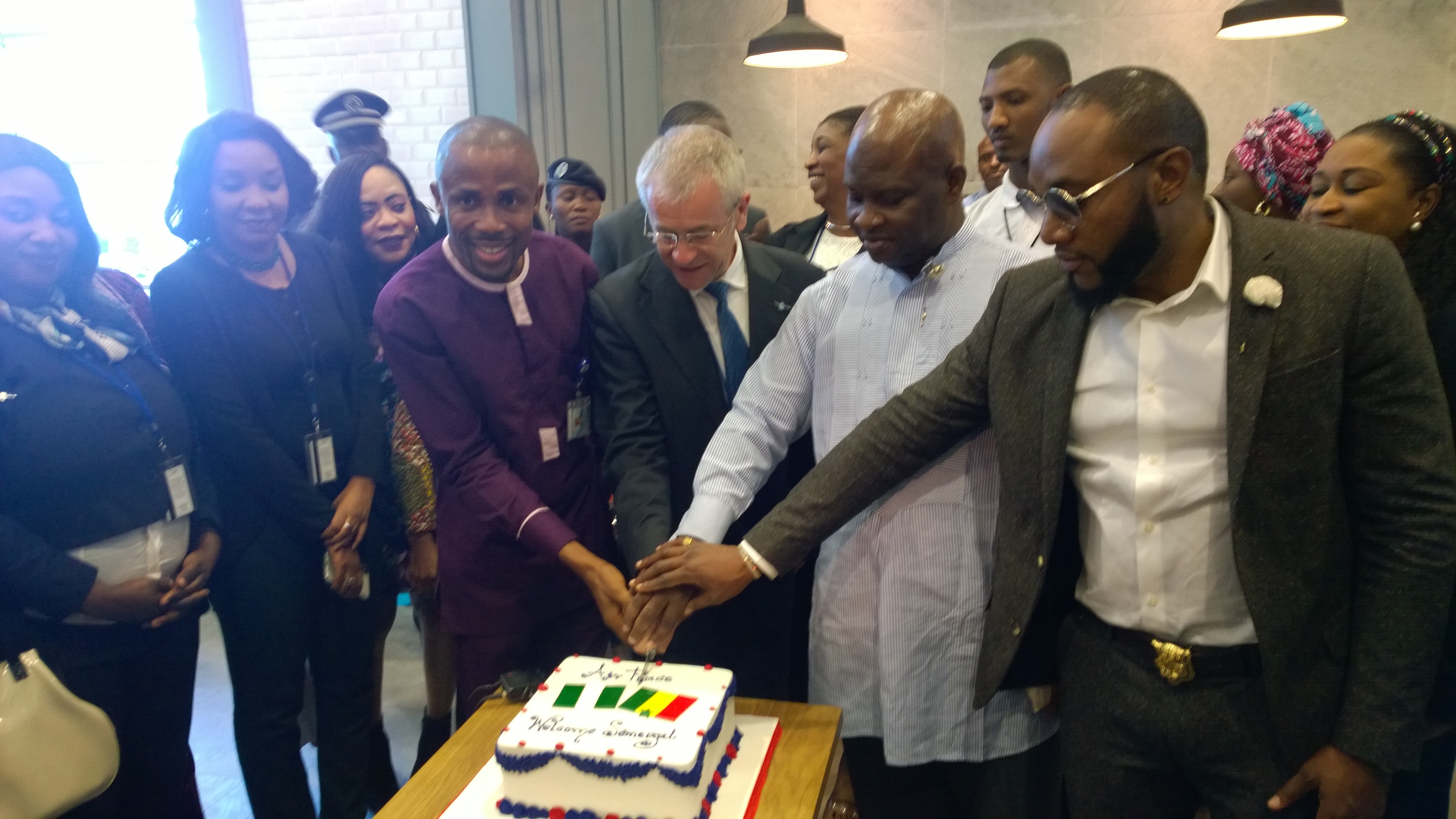 Meanwhile, the Chairman/Chief Executive Officer of Air Peace, Mr. Allen Onyema has said the carrier was determined to unlock the economies of countries on the West Coast of Africa with the launch of its Freetown, Banjul and Dakar services.

He said the airline was committed to unlocking the economies of Africa, offering air travellers on business and leisure trips seamless connectivity as well as creating jobs for the people.

“The launch of our Freetown, Banjul and Dakar services today (Monday”, he added, “brings our regional network to four routes and a total of 16 domestic and West Coast destinations with more than 80 daily flights.

“In the next few weeks, we hope to add five more services to expand our regional route network to a total of nine destinations.

This broad route network, we believe, will form a solid base to link African nations and connect the continent to the rest of the world by air.”

Onyema, who was represented by the airline’s Corporate Communications Manager, Mr. Chris Iwarah assured that the carrier was resolute in its determination to end the challenges of air travel on the West Coast of Africa.

Air Peace, he said, recently increased its fleet size to 24 aircraft to build its capacity in proportion to its massive expansion project.

The launch of Air Peace Freetown, Banjul and Dakar services closely followed the inauguration of its Kano and Yola flight operations on February 12 and 15 respectively.