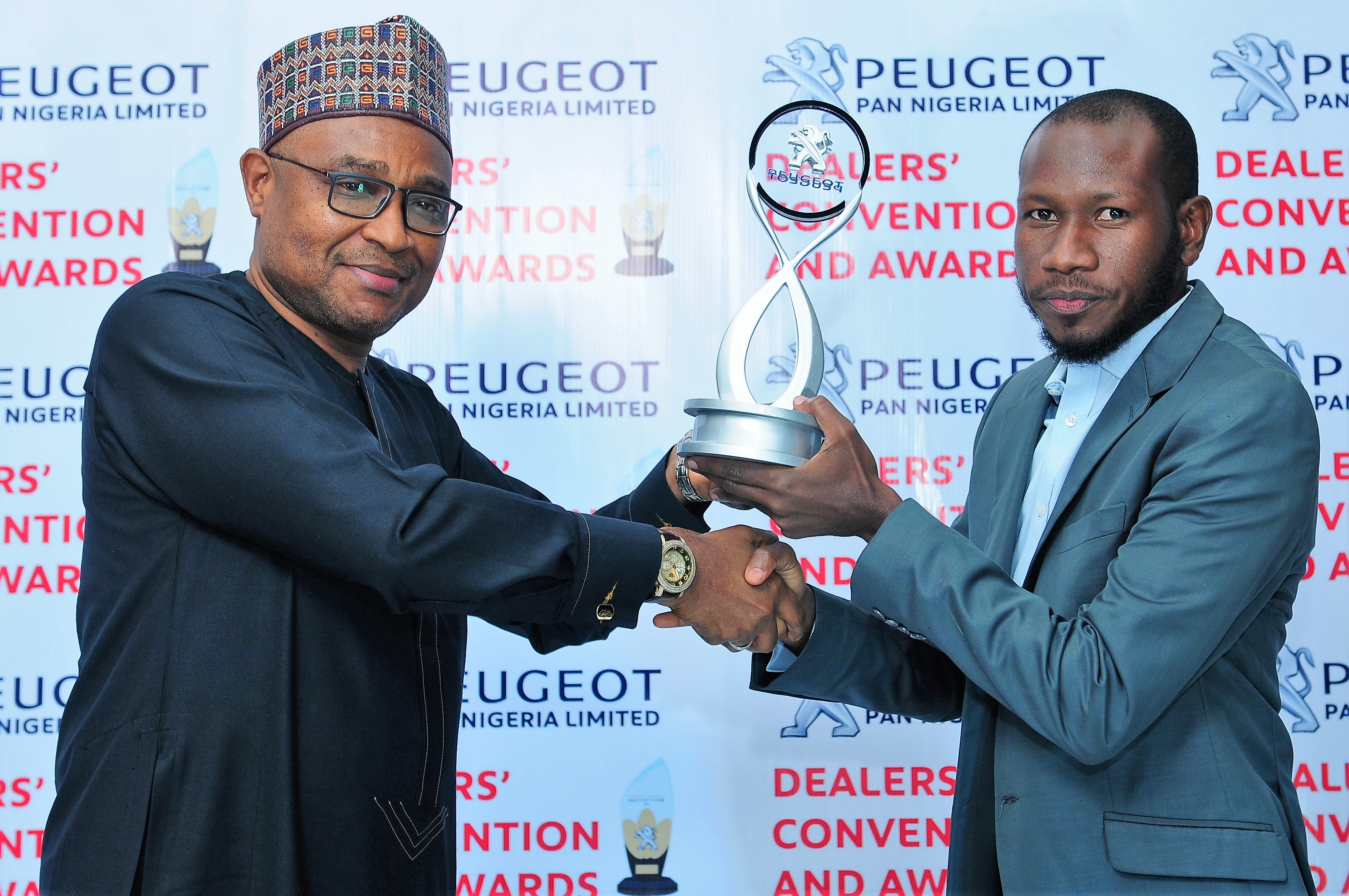 As a way of sustaining the success PAN Nigeria Limited recorded in 2017, the Managing Director/Chief Executive Officer of Asset Management Corporation of Nigeria (AMCON), Mr. Ahmed Kuru, has called on PAN to maintain the tempo of the achievement in 2018; just as he implored Nigerians both individuals and corporate to patronise Peugeot brand of cars.

The AMCON boss made the remarks at the 2018 Dealers Convention organized by the automobile company in Kaduna recently.

He was represented at the event by Mr. Ben Daminabo, Head of Subsidiaries at AMCOM. According to Kuru, PAN achieved a lot of mileage in 2017 against all economic odds, which he stated required commendations from all stakeholders, which is why AMCON and indeed all stakeholders want them to sustain and even improve upon in the new financial year.

It would be recalled that PAN Nigeria Limited is one of the mega institutions that received the intervention of AMCON, which prevented the automobile company from going under.

He added, “This is the best time for PAN Nigeria Limited to restrategise and move ahead like all other automobile manufactures across the globe. It is our wish that Peugeot will reclaim its pride of place in Nigeria by producing those vehicles that made the brand very popular in those days. We believe the brand has all it takes to dominate the marketplace because the new generation of Peugeot cars are fuel efficient, durable; rugged and built for Nigerian roads. Aside from these attributes, Peugeot creates thousands of jobs for our teaming population, which is why we all need to support the brand because it is our own.”

According to him, the fact that PAN is still in business is another demonstration of the positive impact and contribution of AMCON towards stabilize the Nigerian economy, which is one of its core mandates.

Earlier in his speech, Managing Director of PAN Nigeria Limited, assemblers of Peugeot brand of vehicles in Nigeria, Mr. Ibrahim Boyi, had disclosed that the company made huge progress in 2017 despite the economic downturn in the country.

Boyi stated that the company revenue grew by 65 per cent from N3 billion to N5.3 billion.

He added, “PAN has made giant stride in 2017 against the heavy and high tidal wave of economic recession, declining value of the naira, access to forex and erosion of infrastructure in the environment.”

Boyi said the successes recorded in 2017 was as a result of their dealers and staff’s commitment to the brand and the efforts in delivering the Peugeot promise to their customers. He stated that it was that level of commitment that enabled PAN to recover some of its key customers such as the Central Bank of Nigeria (CBN), the Federal Inland Revenue Service (FIRS) and a host of others.

He also announced that PAN also acquired new customers such as First Bank of Nigeria (FBN), Reckitt amongst others. He also stated that PAN’s Peugeot 301 series was acclaimed Car of The Year by Nigeria Auto Journalists Awards for the second year running while the CEO of PAN was also adjudged as the CEO of the year by the same organisation. Also speaking at the event, the General Manager, Sales and Marketing of PAN, Mr. Omagbitse Bawo added that their focus in 2018 would be customer centric.

The high point of the Dealers Convention was special recognition and reward to outstanding dealers with share of incentives from direct sales based on performances. They also recognized PAN’s marketing and sales staff for best sales performance, most valuable contribution in aftersales services and innovation.