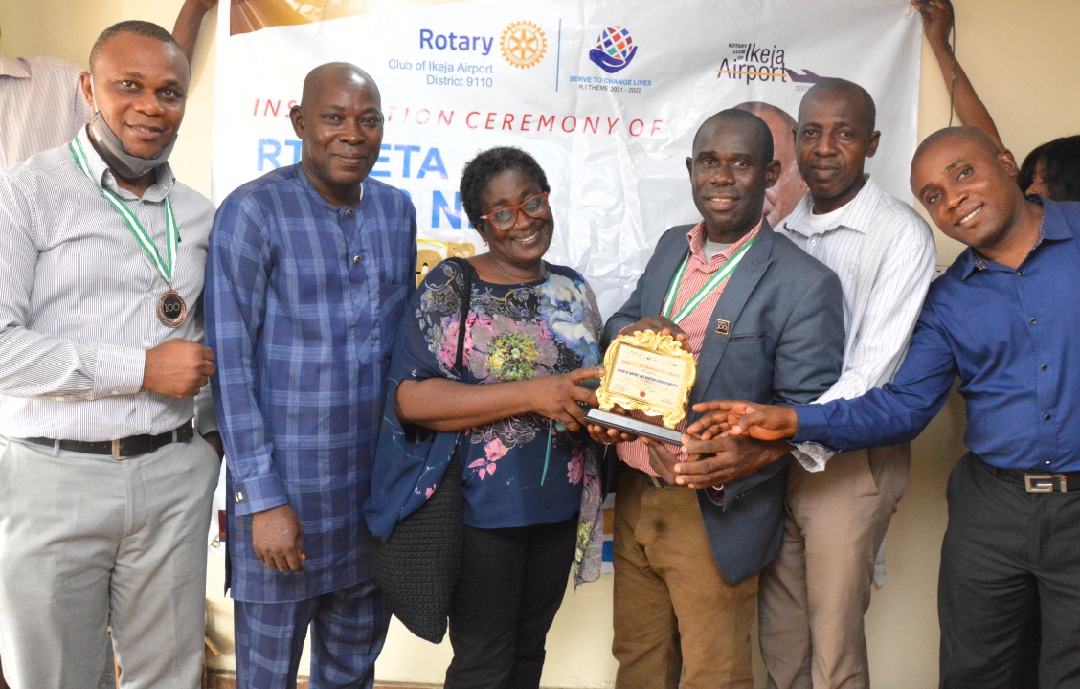 The League of Airport and Aviation Correspondents (LAAC) has been rewarded with the award of Professional Excellence in Aviation Reportage by the Rotary Club of Ikeja District 9110.

The league was recognised with the award over the weekend at the investiture of Rtn. Eta Neji as the third President of the club.

Neji explained that the contribution of LAAC to the sustenance of air safety in Nigeria could not be over-emphasised, adding that its reportage has impacted tremendously on the aviation industry globally.

He added: “As a matter of fact, the rotary has we all know promotes excellence and the League of Aviation and Airports Correspondents (LAAC) is given an award based on professionalism.

“As we all know that in the industry, we don’t report sensationalism and over the years that we have been working with in the industry. The rotary club has also observed that the league has a crop of very professional journalists and this is why your reportage has been very wonderful and I know that the award is well-deserved.”

Neji said the beauty about the rotary was that when a new president is elected they had one year to understudy the incumbent president for him to be able to come up with his programmes before the inauguration.

He said for this year 2021/2022, he had mapped out seven areas of focus in rotary, which include Child Maternity Health, Education and literary programme.

Others are Water and Sanitation, Environmental Protection, Peace and Conflict Resolutions, Diseases and Prevention Treatment and Economic Empowerment programmes.

Receiving the award on behalf of the league, Olusegun Koiki, Chairman, LAAC lauded the Rotary Club of Ikeja Airport District 9110 for the recognition.

He promised that the league as the fourth estate of the realm would continue to critique the aviation industry in order to entrench safety and security in the system.