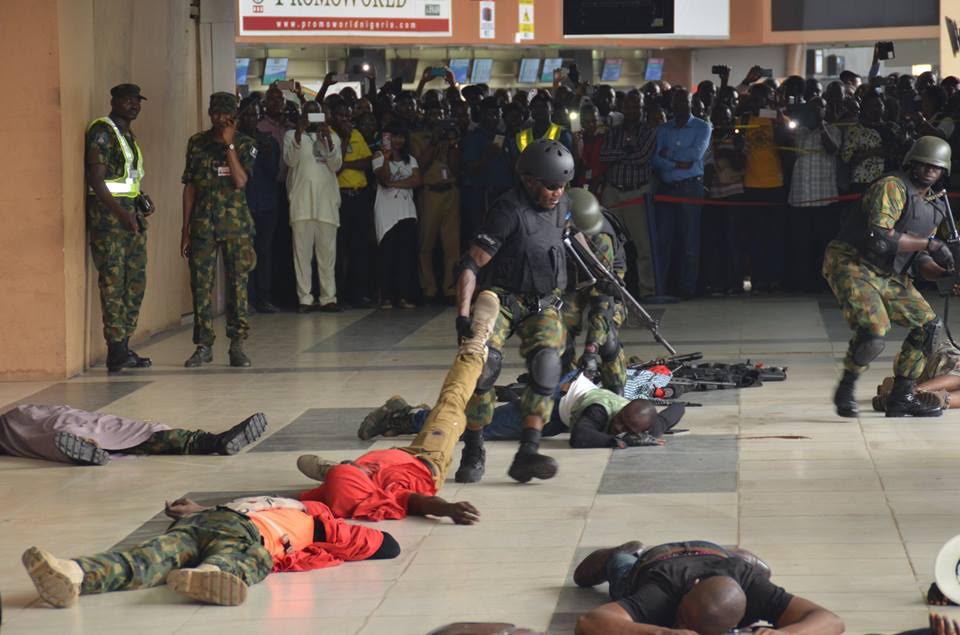 The Federal Airports Authority of Nigeria (FAAN), has denied the rumour making the round that the Murtala Muhammed International Airport, Lagos is under terrorist attack.

The Authority is reacting to a video currently being circulated, allegedly indicating that the airport is under attack.

But the Authority explained that the video is a recording of a mock exercise carried out by men of the Nigeria Airforce sometimes ago, advising Nigerians to ignore the video and asked those uploading it to desist from doing so in order not to send wrong messages to the traveling public.

“The Federal Airports Authority of Nigeria will like to state unequivocally that MMIA is not under any kind of attack. The video in question is that of an old simulation exercise carried out by the Nigerian Air Force in conjunction with other aviation agencies.

“The Authority will like to advise those uploading such to desist from the act as it is not only malicious, wicked, embarrassing, but also sending the wrong signals to the world about the internal security of the Federal Republic of Nigeria.

“FAAN is committed to her core values of Safety, Security and Comfort”, it says.