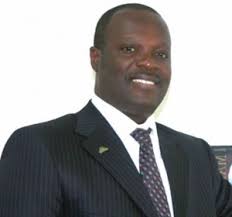 Landover Company Limited has condemned the picketing of its head office the labour union under the umbrella body of the Air Transport Services Senior Staff Association of Nigeria (ATSSSAN), saying that many of their claims were false.

A statement by the airline’s managent claimed that negotiations on the Collective Bargaining Agreement (CBA) renewal between the Company and the Union were still ongoing at the Ministry of Labour when the Union members violated negotiations and picketed the Company in defiance of the clear directive of the Ministry of Labour that both the Management of Landover and the Union review the issues and revert on their position within one week.

“The Management of Landover Company Limited assures the general public that it operates fair employment practices and abides by the principle of equity in its dealings with the Union. We were therefore shocked by the hooliganism and terrorism demonstrated by ATSSSAN this morning.

“However, the company stood up to them and their mission was shamefully unsuccessful while the company went about its day’s business”, it said.

It added that Landover Company Limited is a responsible corporate organisation that does not take the welfare or conditions of employment of her employees lightly.

While saying that the union lied on most its claims, it said: On the fabricated lies of the union on disciplinary issue that have flooded the media, our position is that we have always operated on the principle of fair hearing and the union cannot take away the right of the organization to discipline her employees.  Our disciplinary processes and procedures are clear and not ambiguous neither do they victimize or discriminate. The company made it clear to the union that it will not seek approval from the union before it takes disciplinary action against any employee for gross misconduct and would abide strictly by its disciplinary policies and procedures.

“Another tissue of lies fabricated by the union relates to Gratuity which is the prerogative of the employer and not a right of the employee. The government has set up a Pension Contributory Scheme for employees and in compliance with the Pension Reform Act, Landover maintains and makes monthly contribution into the retirement savings account of all her employees towards their retirement. The Gratuity scheme put in place by the company is therefore an additional incentive paid by the Company upon retirement based on its ability.

“We will like to let the general public know that the basis of calculating the gratuity was imposed on the company by the union based on what they said was their priority a few years ago. The Union must realize that in life you cannot have your cake and eat it too so the Union should not expect more than what they get, having eaten their cake in the past. Both issues were rightly adjudicated by the Ministry of Labour and Productivity which correctly put it to the union that such is strictly within the prerogative of the employer and not the employee”, it added.

Furthermore, the airline claimed that it is on record that Landover Company Limited is up-to-date in the remittance of its taxes, National Housing Fund and Contributory Pension for all her employees, adding that this is verifiable from the relevant Authorities.

“We are a law-abiding organization and our record of payment with the authorities are easily accessible. It is a known fact that ATSSSAN uses their cheap lies as a means of blackmail of aviation companies and we shall not succumb to this. 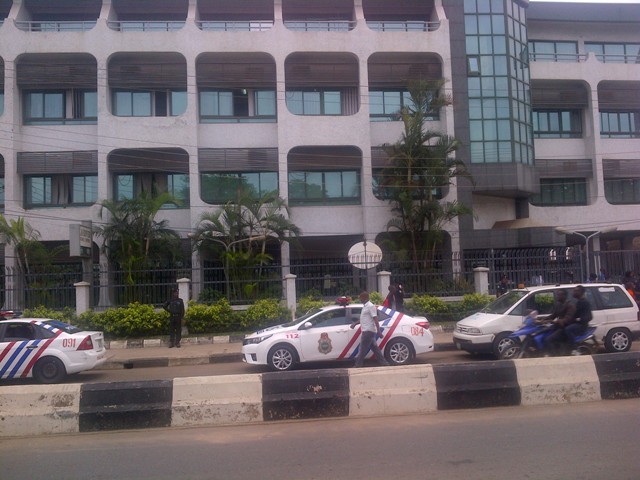 According to Capt. Edward Boyo, Chief Executive Officer of Landover Company Limited, negotiations and meaningful dialogue is the best way to resolve issues.

“We greatly value the welfare of our employees because they are the nucleus of the company. That is why we do our best at all times to improve employee welfare even in the face of the economic recession.  However, the company does not tolerate unruly behavior which some employees think it is their right for being members of ATSSSAN. They are reminded that the company will defend itself responsibly at all times.

“We have been in negotiations with the union to find the peaceful resolutions that are practicable and sustainable. As a responsible corporate organization, we are always open to constructive dialogue and peaceful discussions over any issues of concern but there is a limit to the patience any company can accept. A situation where management is faced with sustained unreasonable demands because of the intoxication by the union is not acceptable to us as we will not compromise on our organization character.

“We call for mutual respect and understanding in our negotiations. No company or employees can excel under a tense and chaotic atmosphere. We understand that the business and social environment is dynamic and employees’ demands would continue to evolve. But we must also be realistic and accommodating in our demands.”

“Landover Company has charged the aviation workers union to embrace truth and fair play in resolving employees’ demands. In the face of difficult economic conditions and operating environment, in Nigeria today. ATSSSAN must stop defaming, arm twisting and destroying airlines and aviation companies with their terrorist unionism as the industry will push back and move against them sooner than later. Landover Company will continue to take steps to uphold staff welfare and ensure the sustainability of the company”, he said.