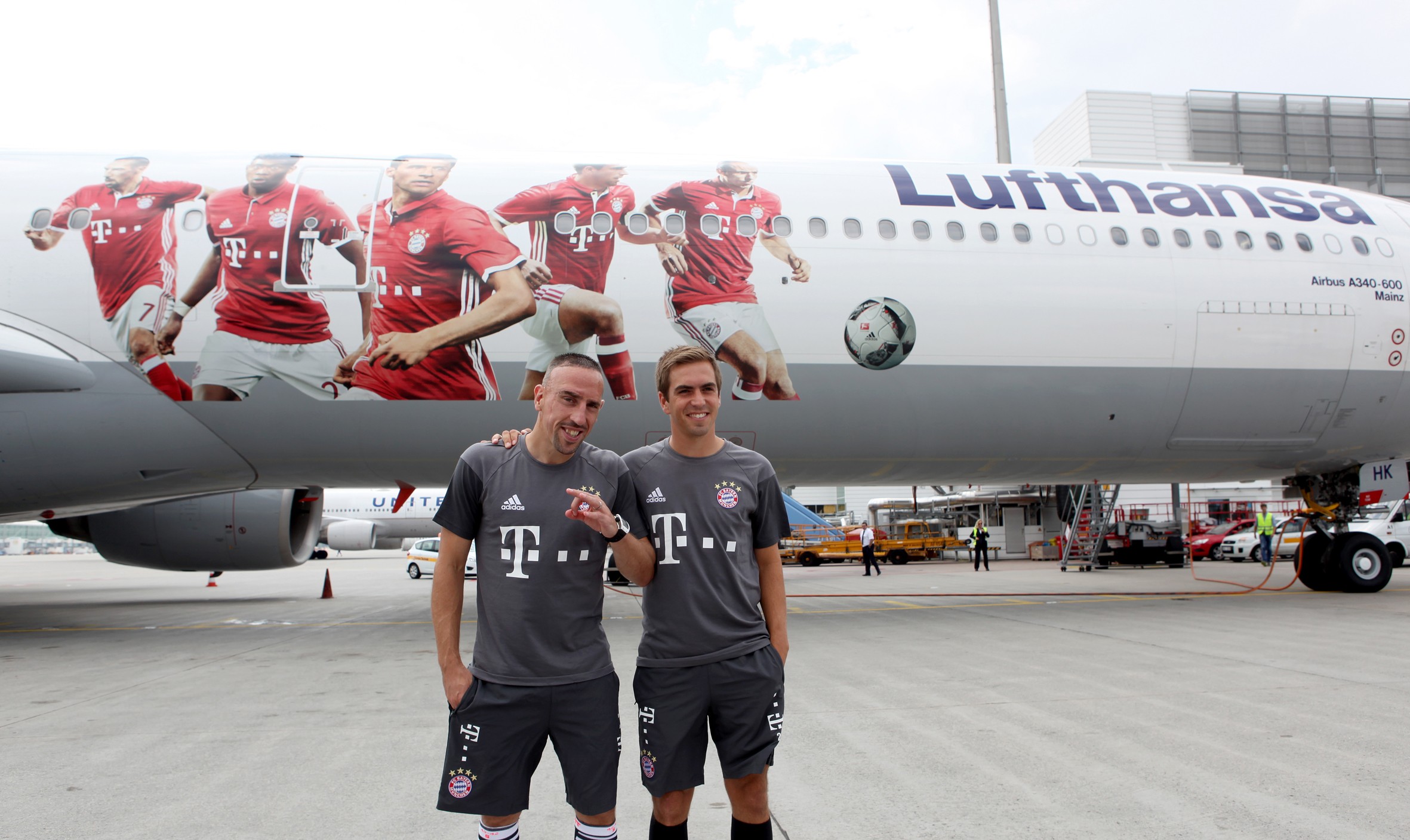 The FC Bayern Munich has departed on a Lufthansa Airbus A340 today for an eleven-day USA trip on the “FCB Audi Summer Tour 2016”.

To mark the occasion, the long-haul aircraft with the registration D-AIHK has been covered in a special FC Bayern Munich design.

The Lufthansa Airbus will show off its “sporting outfit” for a year, departing from Munich to four continents.

A total of three matches will take place in the US: against AC Milan (Chicago), Inter Milan (Charlotte) and Real Madrid (New York). The return flight to Munich on 4 August is expected to depart from New York/Newark at 14:25.

Lufthansa has been the official carrier of FC Bayern Munich since 2004. In addition to its long-term cooperation with FC Bayern Munich, the airline also works with the German Football Association (DFB) and supports numerous popular sports.

The Lufthansa Group is the world’s biggest airline group in turnover terms, and is also the market leader in Europe’s airline sector.

The Group strives to be the “First Choice in Aviation” for its customers, employees, shareholders and partners.

And safety, quality, reliability and innovation are the prime credentials and priorities of all its business activities.

The Lufthansa Group is divided into the three strategic areas of Hub Airlines, Point-to-Point Business and Service Companies.

The Group’s network carriers, with their premium brands of Lufthansa, SWISS and Austrian Airlines, serve its home market from their Frankfurt, Munich, Zurich and Vienna hubs.