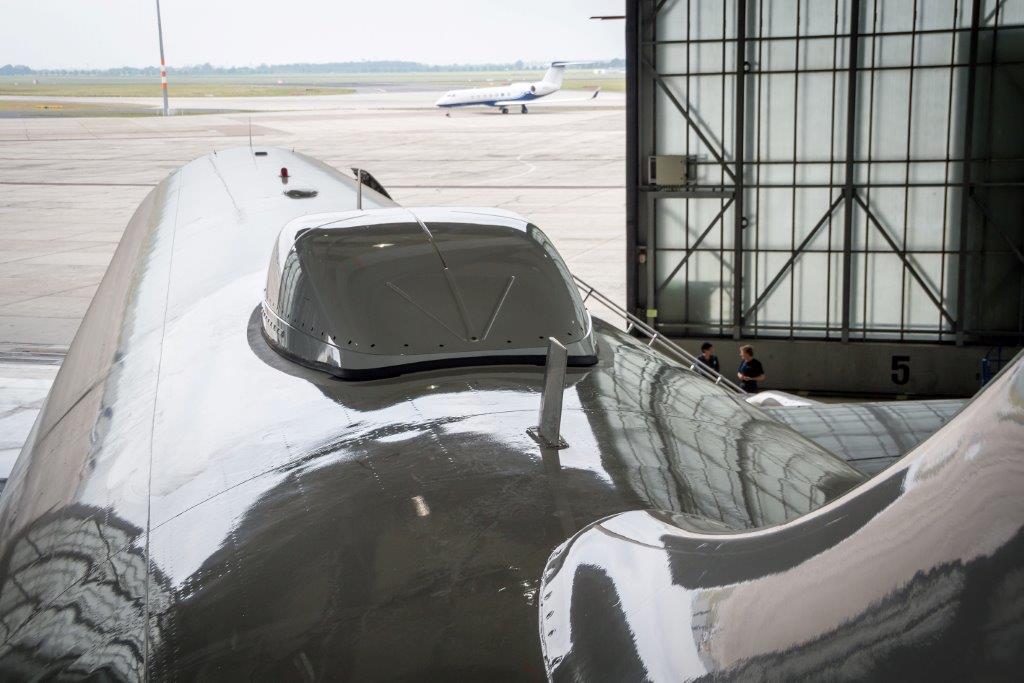 After having equipped the entire wide-body aircraft fleet with internet, including the A330-300 to Nigerian destinations, also from October this year the first short- and medium-haul aircraft will take off with broadband internet on board.

Lufthansa’s entire A320 family fleet is expected to have the innovative technology installed by mid-2018.

One key milestone has already been reached: Lufthansa Technik is the first MRO company in Europe to have received the Supplemental Type Certificate (STC) from EASA to install a Ka-band antenna on the A320 family, i.e. the A319, A320, and A321 models.

The STC serves to verify that the modifications to the aircraft (hardware or software) conform to the design specifications stipulated by EASA. Said specifications ensure aircraft’s continued airworthiness.

The first aircraft was equipped with the technology in June. In the coming weeks, the onboard system will be tested for functionality and stability. Lufthansa passengers will likely be able to use the new internet service from October. Other airlines in the Lufthansa Group will follow at a later date.

The future service from Lufthansa and its technology partner Inmarsat is based on the latest broadband satellite technology (Ka-band) and offers seamless, reliable coverage on short- and medium-haul flights through Inmarsat’s Global Xpress network. Passengers will be able to access the internet using their own mobile devices via Wi-Fi.

In addition to basic surfing and email, other more sophisticated applications will be possible, including video streaming. At a later date passengers will be able to use their cellphones for SMS and data transfer via their own mobile accounts.

With its many years of experience in the aircraft modification sector, Lufthansa Technik is responsible for installing all systems and components as well as for the works required to comply with aeronautical and statutory regulations.

In Europe, this was the first successful installation involving the GX communications network and the Honeywell-designed Ka-band antenna. To install the system, electrical and structural modifications were required both inside and outside the aircraft cabin. All modifications were developed and approved by Lufthansa Technik’s licensed development unit.

The installed components were integrated in the cabin infrastructure in such a way that they are virtually invisible for passengers and easy to operate by the cabin crew. The work can be completed in up to four days or during regular maintenance layovers.

Lufthansa Systems provides the required IT infrastructure onboard the aircraft. This includes network operations as well as the innovative FlyNet portal for passengers.

Lufthansa Systems and Lufthansa Technik have also established a long-term partnership with global satellite operator Inmarsat in order to offer a modern, multifunctional onboard IT platform with broadband internet access to the market. Both the Lufthansa Group as well as airlines around the world will benefit from this strong partnership through comprehensive services.

Lufthansa carried out the world’s first scheduled flight with broadband internet access on January 15, 2003. Despite its growing popularity among passengers, the technically reliable service had to be discontinued in 2006 because the Connexion by Boeing satellites ceased commercial operations.

Since December 2010 Lufthansa has once again been the first airline to provide broadband internet access on intercontinental flights. Since June 2015 FlyNet has been available on all 107 long-haul aircraft in the Lufthansa fleet. Lufthansa operates the world’s largest internet-connected long-haul fleet.