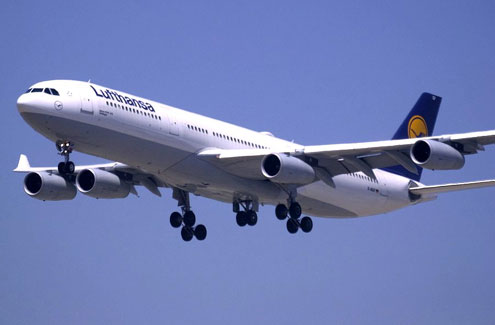 After hundreds of flights were cancelled on friday due to cabin crew union strike which is likely to extend into the weeks, German airline, Lufthansa has said that the action will not affect flights in and out of Nigeria.

Akeem Jimo, the airline spokesman in Lagos told The Travel port that the strike is mainly affecting domestic and European flights adding that apart from this, Nigerian flights from Germany depart at 11.am, ‘since the strike starts at 2.pm, the flights would have left, Nigerian flights are not going to be affected’.

Cabin crew union on Friday, announced a walkout on flights from Frankfurt and Duesseldorf from 1300 GMT that could start the longest ever strike action at the carrier.

On the first day of a planned week of strike action over failed pension talks, flight attendants are being called to strike at Frankfurt, Lufthansa’s biggest hub, and Duesseldorf until 2200 GMT, affecting around 37,500 passengers.

Lufthansa said it had cancelled 290 flights planned for Friday including 15 long-haul departures, which are typically more profitable for carriers.

Eight long-haul flights will still take off, it said.

The walkout comes after Lufthansa and the union failed to reach an agreement in a long-running row over early retirement benefits and pensions.

Lufthansa is trying to negotiate with various staff groups to bring down pension costs as part of a savings drive to allow itto better compete with low-cost rivals and leaner Gulf carriers.

Should Lufthansa management not make concessions, the union will carry out a threat to stage more walkouts until Nov.13, it said.

“We regret this course of action, but we see no alternative,” union head Nicoley Baublies said.

More strike action can be expected on Saturday at Frankfurt, the union said onFriday, but Lufthansa’s other main hub in Munich will not be subject to walkouts until after Sunday, given school holidays in that region.

That means that overall, the airlines group can carry out 90 percent of the 3,000 flights it typically operates on a Friday.