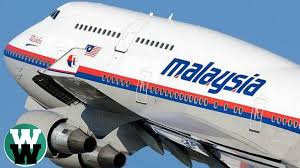 Malaysia on Thursday released its fourth interim statement on the investigation into the disappearance of Malaysia Airlines flight MH370, exactly four years after the aircraft went missing.

MH370, a Kuala Lumpur to Beijing flight took off shortly after midnight local time on August 8, 2014. Less than 40 minutes into the flight, communications were lost and the Boeing 777 disappeared off radar.

Investigators believe the plane was deliberately flown thousands of miles off course before crashing into the southern Indian Ocean off Australia.

An initial search of a 120,000 square-kms (46,300 sq. miles) area of the southern Indian Ocean was carried out on behalf of Australia, China and Malaysia, but was called off in January 2017 after nothing was found.

A report by Airwisenews.com says Malaysia launched a new search for the aircraft in January 2018, with US company Ocean Infinity employed to carry out the underwater search in an area that is considered by investigators as the most likely location for the wreckage. The company will only receive payment for its work if the aircraft is located.

The latest search will last about 90 days and is likely to end by the middle of June, Malaysia’s civil aviation chief said.

As of February 28, 8,200 square km had been searched with no significant contacts identified to date, a Malaysian government statement said last week.

Malaysia said it will publish the final report on MH370’s disappearance after the outcome of the latest search is known. If the aircraft is not found and a decision is made to discontinue the search, the report will be completed and released “in the months ahead.”