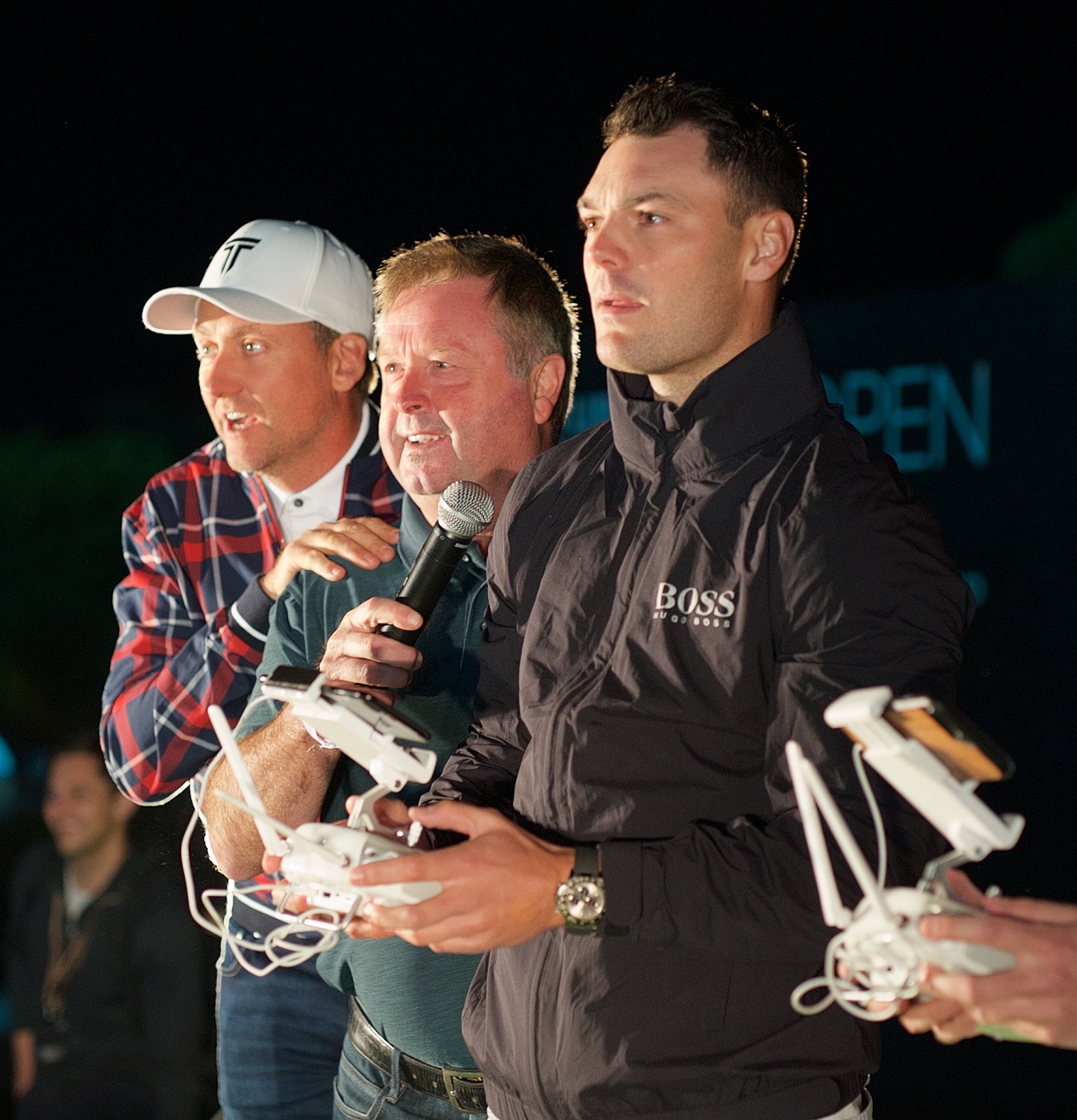 The Turkish Airlines Open is taking place at the Regnum Carya Golf and Spa Resort in Belek this week, between 2 November and 5 November.

Martin Kaymer and Shane Lowry warmed up for the prestigious European Tour tournament with a  drone victory, by beating Ian Poulter and Henrik Stenson 2-1 and taking the title from the last year’ winner, the first Turkish Airlines’ Drone Golf Champion, Lee Westwood.

The course was once again set out on the Regnum’s iconic 16th hole, which has a tee on the roof of a villa, with players having to guide their drone through hazards before dropping the ball on to the green.

Poulter and Stenson won the first hole with a birdie two but Kaymer and Lowry levelled with a three when Stenson needed four putts to make a five on the second attempts.

Having the honour, Lowry holed out for a four after Kaymer had dropped the ball in the water from the drone but Poulter ran out of time as he attempted to drop on the green.

Kaymer and Lowry follow in the footsteps of Lee Westwood, who won the inaugural title last year, and they were presented with Turkish Airlines Business Class tickets by Turkish Golf Federation President Ahmet Agaoglu.

Former world number one Kaymer said: “It’s a trophy that I always wanted in my house and finally I’ve won it, with a great partner in Shane. Next year we should do it again and hopefully Ian can drop the ball out of the cup as well.

“It doesn’t feel quite right how we did it but a win is a win and it’s a great start to the week.”

Stenson said: “It was extremely difficult to get the ball out of the cup underneath the drone and we got that slow play penalty at the end and Martin and Shane took the victory.” 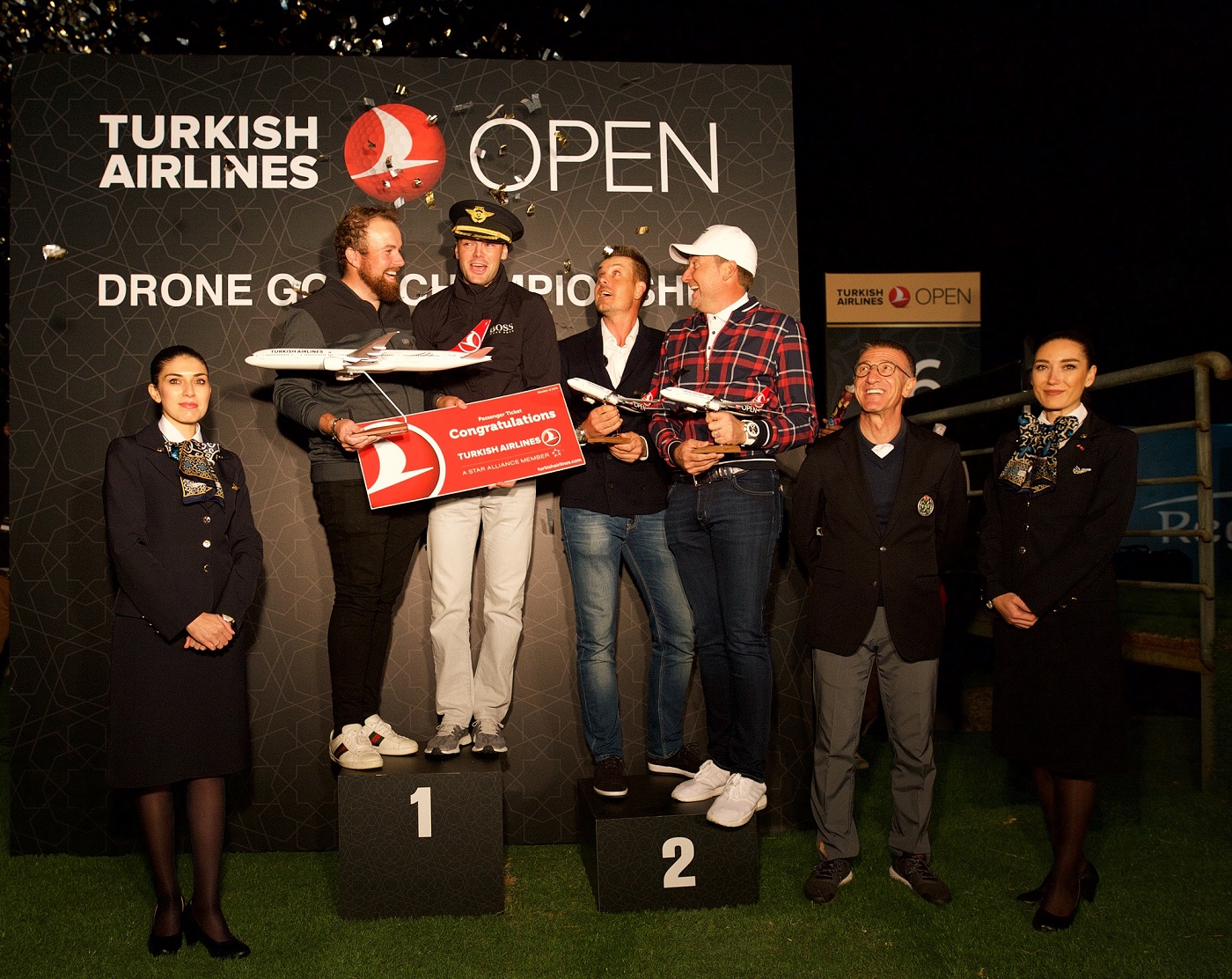 Speaking on the development, Turkish Airlines’ Senior Vice President, Corporate Communications, Seda Kalyoncu, said: “Congratulations to Kaymer and Lowry on becoming our second ever Drone Golf champion. He clearly has piloting skills to go along with his golfing ability! Once again, it was a lot of fun for the players involved and the perfect way to get ready for another exciting  Turkish Airlines Open.”

Turkish Airlines is sponsoring the Turkish Airlines Open, the third last tournament of the European Tour season, for the fifth time, with 78 players competing for the $7 million prize fund.