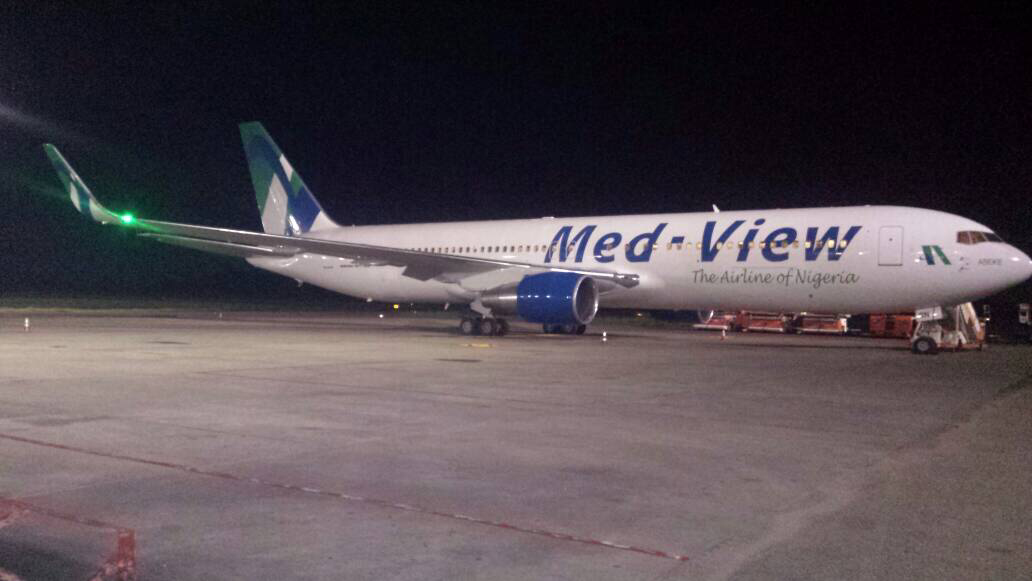 Medview airline on Tuesday, commenced the airlift of passengers on the Lagos-London route.

The first batch of passengers from London Gatwick arrived the Murtala Muhammed International  Airport, Lagos aboard a B767 aircraft on Tuesday at 7.30 am.

The same aircraft is positioned to take passengers from Lagos to London on Tuesday night.

The airline’s B747 aircraft will enter service also Tuesday night with another flight from London, arriving Lagos in the early hours of Wednesday.

In a statement issued in Lagos, the airline said it will resume its normal  three weekly flights schedule on Wednesday.

According to the statement, the flights disruption on the route was compounded by the accident at Gatwick airport, which affected other airlines, and also the inability of the Civil Aviation Authority to grant the necessary permits over the weekend for charter flights to clear the backlog of passengers.

The airline said it regretted the inconveniences caused passengers by the disruptions.