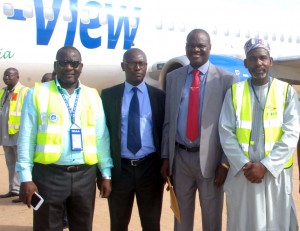 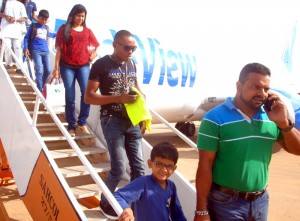 Speaking shortly after arrival at the Kaduna International airport, Engr. Lookman Animashaun, Executive Director, Technical and head of Engineering of the airline, said the airline is starting with a four weekly flights on Mondays, Tuesdays, Wednesdays and Fridays.

He said the flights will depart Lagos for Kaduna on these days at exactly 07.30 am and leave for Abuja at 09.10 am from Kaduna.

Animashaun, who hinted that Medview was ready to compete with others on the route, added that what has also endeared passengers to its services is its safety policy and on-time departure and arrival.

He added that the airline values passengers’ lives as it takes safety matters seriously with frequent checks on aircraft before departure and on arrival.

“Safety procedure is a normal thing with our crew; Safety procedures include checking the aircraft before and after departure to guarantee passengers’ safety. It is something we do not joke with because we value our passengers.

“And what has given us the edge in this business is on-time departure and that is yet to be beaten by any airline in Nigeria as at today and that has been paying off for Medview, we will continue to do that on Kaduna route and in a short while, you will see Medview dominating the skies here”, he said.

He added that soon, travelers will begin to see the need to fly between Kaduna-Abuja route when they see that there is an airline that keeps to time.

“Most people believe that between Kaduna and Abuja, it is only  two hours by road and Lagos-Kaduna is one hour flight, but by the time people are aware that when they come to the airport they will get flight to Abuja, they will be encouraged to fly, Medview will be there for them”, he added.

Managing director of Medview, Muneer Bankole, had while speaking on a new schedule by the airline last month said, “We want to ease the pains of travellers on that axis.”

With vigorous expansion in recent times, Kaduna becomes the ninth network the airline operates into.   It plans to begin operations into Dubai in few months time.