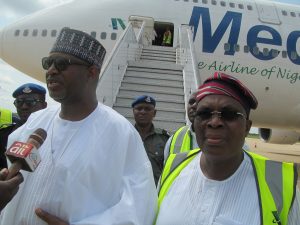 Alhaji Muneer Bankole, managing director/chief executive officer of Medview Airline plc  has revealed how he personally broke the jinx by financial institutions that ‘aviation is a no go area’ , saying an old generation bank gave a loan of $10 million after he persuaded it that his company was committed to doing a clean and profitable business.

The Medview boss, who was chatting with reporters shortly after the flag off of 2017 hajj in which his airline airlifted 1,140 to Saudi Arabia on Tuesday, said ‘there is no short cut to success in business except total commitment and honesty’.

He said ‘those who do not believe in what they want to do may not succeed in a sensitive business like aviation’, adding ‘you can’t buy integrity, you have to completely comply with aviation rules and regulations’.

“It is a belief that all banks say aviation is a no go area, it’s like a tag but I disabused that with one of the major financial institutions in Nigeria, Medview is a test case. At that time, no bank was willing to grant out request for $10 million loan for aircraft purchase but First Bank eventually called me for a dialogue, we got the money and I am proud to tell you here that the amount has been fully paid back. We used the money to purchase two aircraft and they are now fully owned by Medview”, he said. 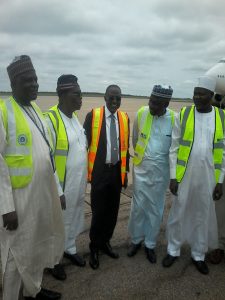 Bankole, who lamented that many operators only found themselves in airline business by accident, said ‘ that is why their employees can toy with the business.

“The bedrock of any airline is to have financial discipline, I did not see the money as mine, when customers buy ticket and have not flown and for future travel, the money is not yours, we also opened a non-cheque account and all the revenue go to that account. Most of the successes we are recording now is due to financial discipline and diversification.

“We diversified into many aspect such as cargo, Umrah, travels, ticketing and reservation, among others, we have invested much to grow the business, it is safe, secure and the fastest means of transportation. We will do everything humanly possible to pass all these to other generations”, he added.

On the recent claim of ban of the airline’s aorcrfat by the European, Bankole explained that it was totally a safety matter adding that it has been solved. 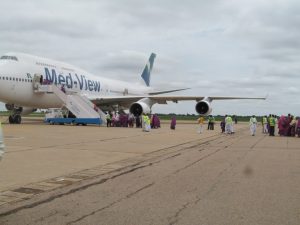 “Today we are the only airline running London, we are still sustaining it, it is not easy to be with the big boys and I am proud to tell you, I was invited to Brussels and I sat down an addressed all 28 EU nations and I want to thank them for listening

“There is no EASA certification, what you have to understand and what we tell ourselves, for people who are patient to know that when you go to a country, UK authority, including EU authorities for an airline to come from a third country; you must have a TCO, Third Country Operator Permit and that TCO will enable you to fly within their airspace.”

“The EASA certificate is one thing that bothers on European communities, the IOSA certificate is the one that comes from IATA which is more superior, as an airline we are certified, both the E-IOSA we are certified. The members of Med-view that went for the submission of the application for TCO did not do very well and that resulted in the appeal and that made med-view to use one of the European registered aircraft and that is the end of the story; anything you hear from another source is not correct and it doesn’t bother on Med-view but the Nigerian CAA”, he said.”