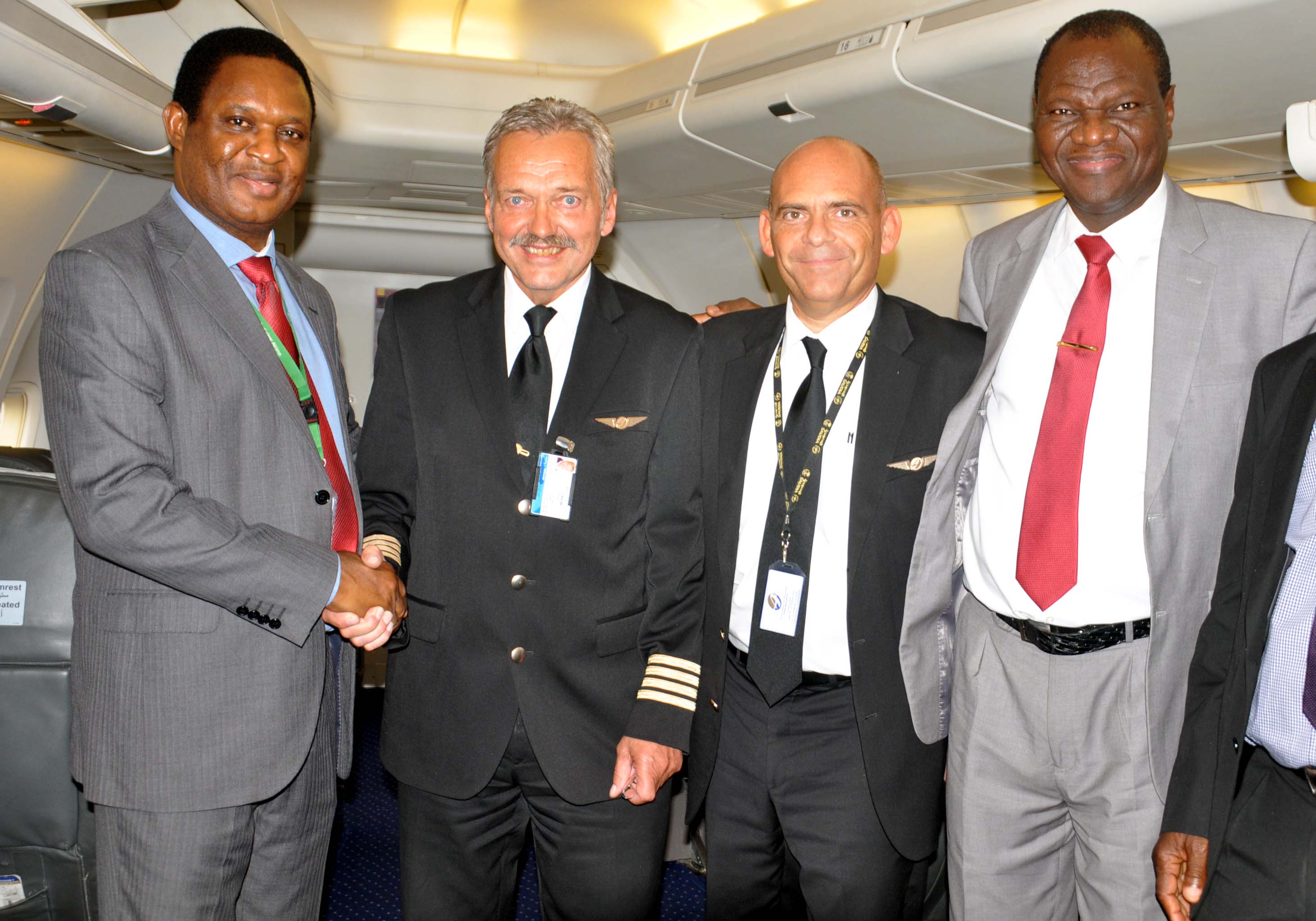 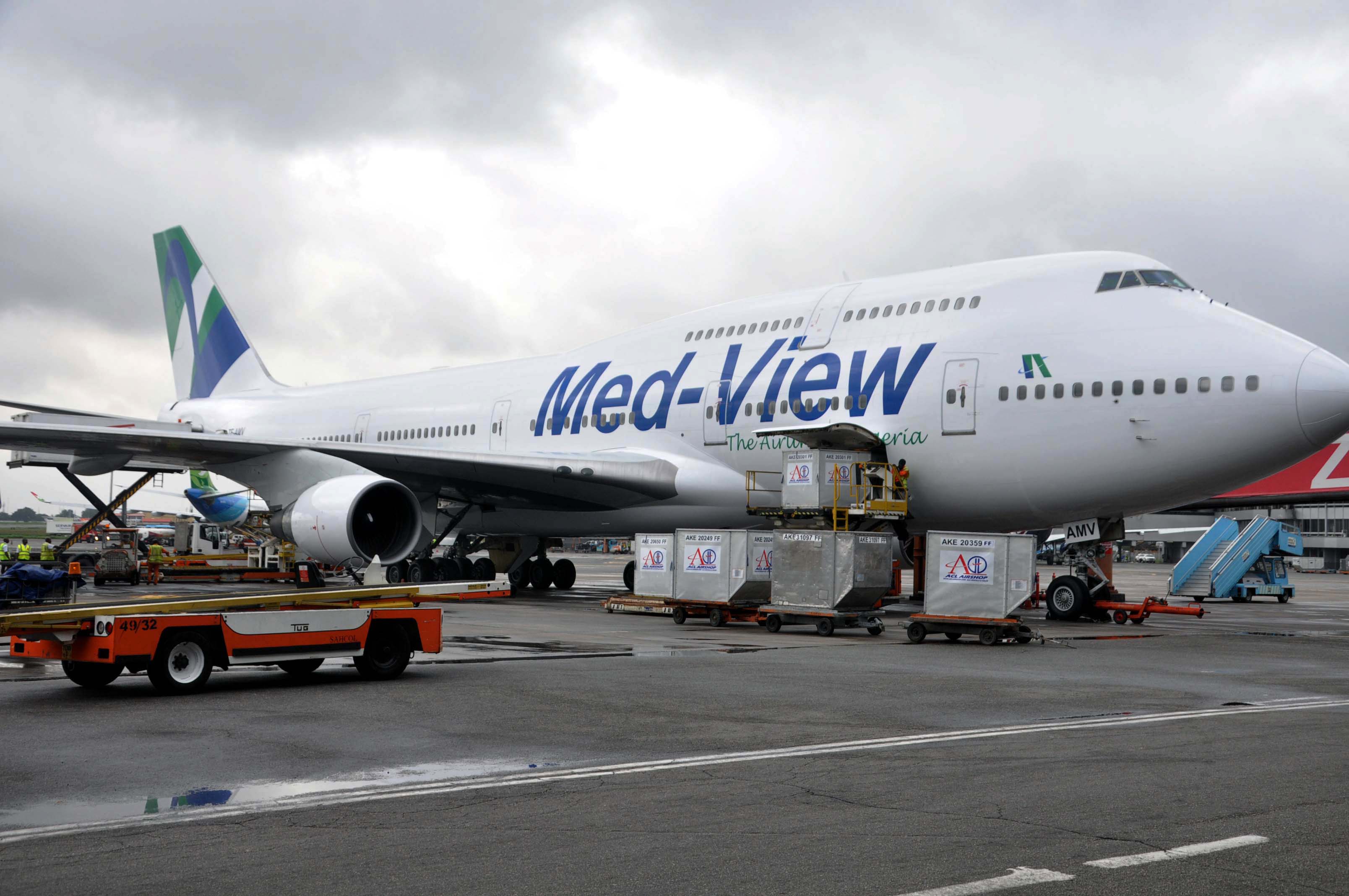 Med-view Airline has swithed from
operating its Lagos-London route with B737-300ER to its newly acquired B747-400 aircraft.
This followed the delivery of the B747-400 airaft into its fleet on Monday and its operation for the first time, on its schedule flight from London- Gatwick with 400 passengers on board.
The operation was made possible with the approval of the British Civil Aviation Authorities with the switch from B767-300ER to B747-400.
The 463 passenger capacity aircraft with Medview Airline livery touched down at the Murtala Muhammed International airport at 7.30 am on Monday.
An elated Med-View Airline Managing Director/CEO, Alhaji Muneer Bankole, said the aircraft will be used to consolidate  Lagos-London route operations as well as  the  Hajj operations, pointing out that opening up the transatlantic route was on the front burner.
He said a B777-200 will join the fleet this week to coincide with the airline 10th Anniversary of its foray into Hajj operations.
Bankole said three jumbo jets – B777-200, B747-400 and B767-300ER will be devoted to the 2016 Hajj operations, which begin next week – August 8, 2016.