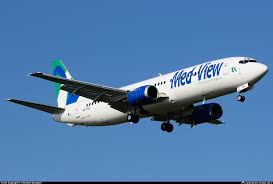 As plans by Medview Airline to enter into the Dubai route gradually climaxes , the airline on Wednesday, promised to offer travellers series of mouth-watering and exciting packages that will leave a long lasting memory with them.

At a programme to introduce Dubai route and tour package to its trade partners in Lagos, Muneer Bankole, Managing director of the airline said the flight would begin by summer adding that it would be a different experience for travellers who chose to travel with the airline.

The occasion was also used to unveil ANTA, a travel and leisure solution company, based in Dubai, as Medview partner on the route.

According to him, for seamless travel, Medview will conclude its International Operational Safety Audit (IOSA) certification in few weeks’ time as it plans to interline with Air China and Jed Airways, for onward travels beyond Dubai.
IOSA is the benchmark for global safety management in airlines.

Bankole disclosed that an offer of three piece luggage for Business class at 75kilogram will be one of the numerous packages that customers will enjoy with the airline.

“It is a B767-300ER with 191 economy and 30 Business class seats, our package will start with three piece luggage for Business class travellers at 75kg and we have approval for three frequencies: Mondays, Wednesday and Fridays and it will be Lagos-Abuja-Dubai. We are looking at partnering Air China and Jed Airways as we conclude our IOSA this month”, he said.

For easy automated transactions, he disclosed further that the airline has been signed on by Amadeus as its Global Distribution System (GDS) while it is also talking with Sabir.

Bankole, who disclosed that Medview airline had thrived on sincerity, consistency and reliability over the years, noted that from its beginnings, on-time departure and good in-flight entertainment stand it out.

“We are promised to deliver local delicacies on London route, we are also going to do same on this Dubai route, we will serve all sorts of local dishes to our Nigerian travellers, no one has done it better than we do, competition will only make us stronger and succeed”, he added.

Also speaking, Azeez Abbas, a director in the airline disclosed that 17 designations have been given to Medview adding that it was pursuing a fleet expansion programme that will ensure the airline covers its networks.

He said it was planning additional schedule to Dakar and Senegal, including Liberia, soon.

Kumar Jagadeesan, general manager, the ANTA group, said he was happy to partner the airline on the route adding that travellers stand to enjoy many offers from the company as well as great sight-seeing in Dubai.
He said by 2020, the biggest passenger terminal that will handle 120 million passenger traffic, will be completed in Dubai, adding that that this will change the outlook of the place and shape of travel.

“We are a reliable partner that has been around since 1974, we are a member of the GlobalStar, we represent 11 airlines in the UAE, we want to sell memories and not photographs”, he said.