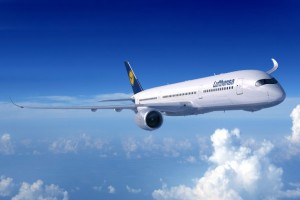 Cases of missing baggage/pilferage and flight delays are the major complaints lodged by both passengers on the international and domestic route as shown in a report by Nigerian Civil Aviation Authority (NCAA) titled ‘summary reports of complaints received against international and domestic airlines for the month of January, February and March 2016.

For the month of January, a total of 1, 282 flights were operated by 35 airlines.

French carrier, Air France ranks highest with the highest number of pilferage and discourtesy. A total of 104 cases involving passengers luggage pilfered were reported and documented.

The French carrier had 81 flights in January, 31 delayed flights, no cancelled flights with 133 unresolved complaints and inability to compensate travellers.

Dubai based Emirates Airlines has the highest number of inbound and outbound passengers.

Emirates high inbound and outbound passenger traffic is understandable for the simple reason that the carrier does two daily frequencies to Lagos.

In summary, total number of inbound passengers recorded by the 35 carriers stand at 221, 136 while 242, 711 departed the country’s airports.