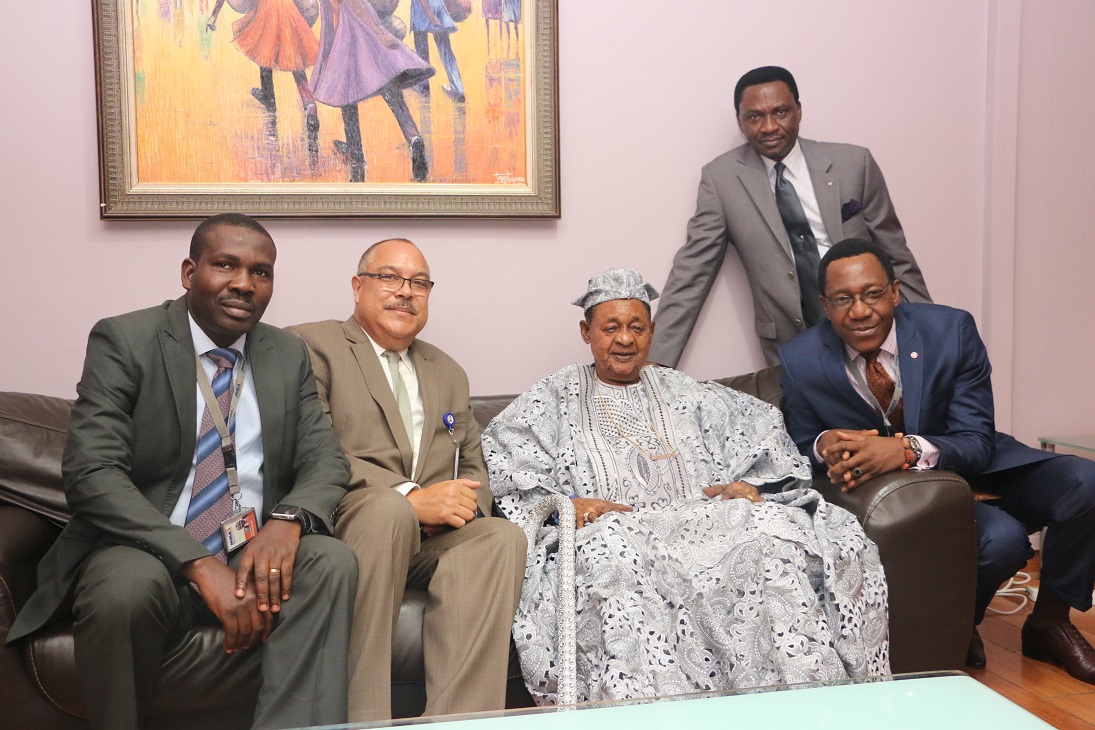 Alaafin of Oyo, Oba Lamidi Adeyemi II, has hailed the vision of the Chairman of the Resort Group, Dr. Wale Babalakin (SAN), for maintaining high standards of facilities at the Murtala Muhammed Airport Terminal Two (MMA2), build and operated by Bi-Courtney Aviation Services Limited (MMA2), a member of the Resort Group.

The foremost Yoruba monarch who is also the Chancellor of the University of Maiduguri (UNIMAID) expressed pleasant surprise that almost 11 years down the lane, MMA2 still maintained its facilities “that are of international standards”.

A statement by the spokesman of BASL, Chief Steve Omolale, said the monarch spoke yesterday at MMA2’s VIP Lounge on his way to Maiduguri for the convocation ceremony of UNIMAID.

According to Omolale, Alaafin told the management team of BASL, led by the Chief Executive Officer, Captain Jari Williams, who went to see him off at the VIP Lounge that he was “pleasantly surprised to see the high standard of the facilities you have here. This is the kind of things you see in international airports all over the world. This place doesn’t look like a domestic airport at all.

“Babalakin is really doing a good job here. I was on my way to go and use the Presidential Lounge when one of my aides told me that you people have a nice lounge here. Please tell him that I say he should keep up the good job.”

The Alaafin and his Oloris (wives) were given royal treatment at the lounge while they waited for their flight.

This is the second time in less than a month that a frontline monarch had used MMA2’s VIP Lounge, as the Ooni of Ife, Oba Adeyeye Enitan Ogunwunsi, was also at the lounge about three weeks ago, during which he told the management of BASL not to compromise on the standard of the facilities at the terminal.