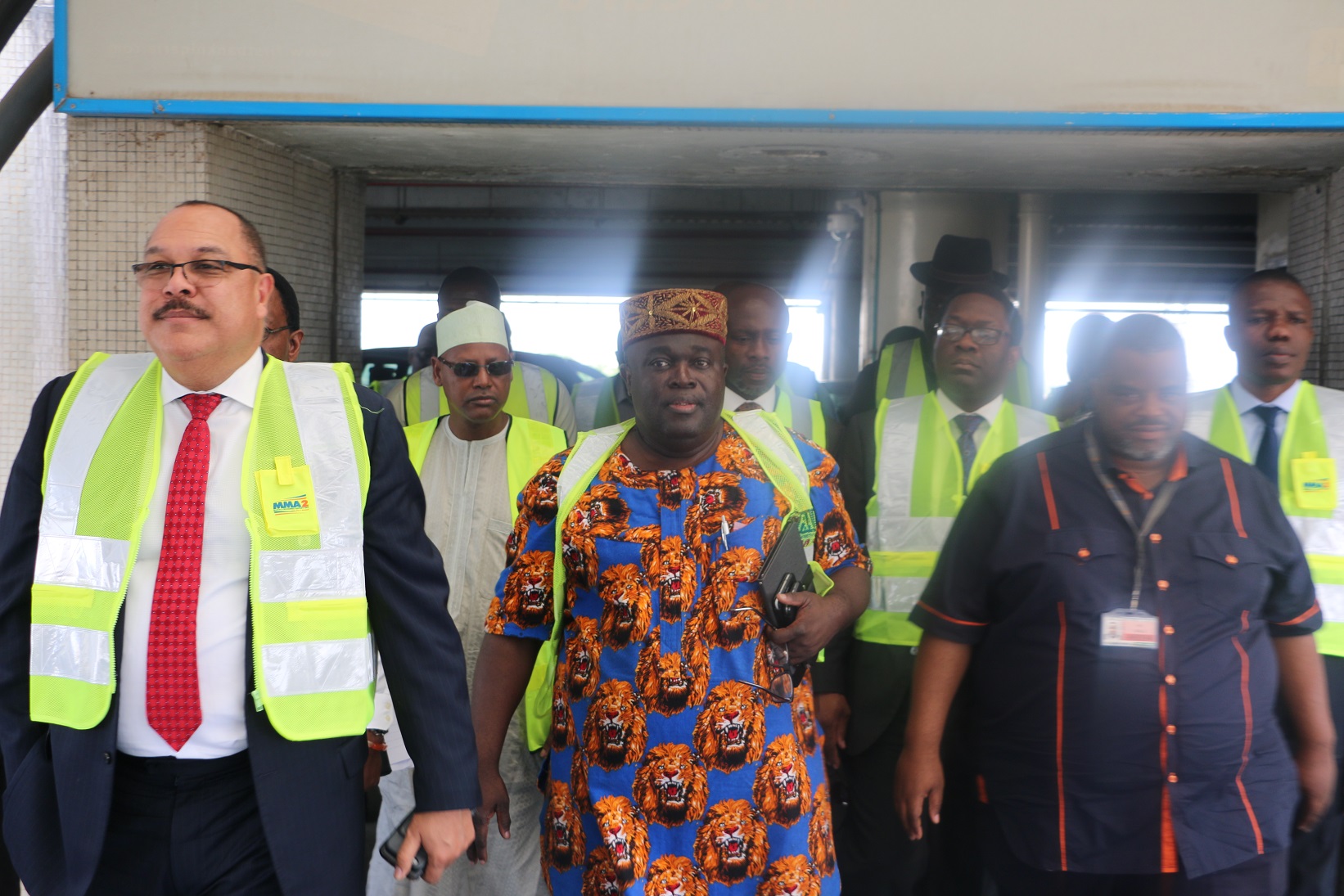 The Infrastructure Concession Regulatory Commission (ICRC) has commended the management of Bi-Courtney Aviation Services Limited (BASL), a member of the Resort Group, for the effective way it has operated the Murtala Muhammed Airport Terminal Two (MMA2) in the last 10 years despite all the challenges surrounding the concession of the terminal.

The Acting Director-General of ICRC, Mr. Chidi Iwuzah, during a monitoring visit to MMA2 yesterday, further praised BASL “for the efforts made so far in ensuring the terminal lives up to its status as a model PPP (Public Private Partnership) aviation terminal. We therefore want to encourage you to continue to do more and ensure efficient service delivery to Nigerians and foreigners alike”.

Besides, Izuwah, who led a team of ICRC officials on the tour, vowed that the commission would resolve all the issues surrounding the MMA2 concession between the Federal Airports Authority of Nigeria (FAAN) and BASL.

According to him, ICRC was aware of the “pains, especially considering the financial risks you had both assumed on this (MMA2) transaction and we are more than ready to give our support towards seeking an out-of-court settlement that will be beneficial to FAAN, Bi-Courtney and the general public”.

The director-general, who said the commission officials came on a monitoring visit to MMA2 facilities and the Four-Star Hotel and Conference Centre projects being executed by BASL to know the level of implementation of the concessions so far, explained that “the success or failure of Public Private Partnership (PPP) transaction in Nigeria does not only depend on the advice and solutions proffered by our commission, but largely on the willingness of the parties to accept the advice and implement our recommendations in resolving disputes.”

Iwuzah added: “The MMA2 and the Hotel and Conference Centre concessions are two projects that are particularly dear to our hearts… The projects no doubt have had their fair share of challenges which the commission is not unaware of. We want to assure you that the commission is equally concerned about the difficulties these projects have experienced even as a model Greenfield Aviation PPP terminal in Nigeria. We have therefore continued to engage the Hon. Minister of State for Aviation since his assumption of office on these challenges and believe they will be resolved soon enough in order to strengthen the relationship between the parties”.

Earlier in his opening remarks, the Chairman of the Resort Group, Dr. Wale Babalakin (SAN), expressed regrets that certain misconceptions had been “sold, bought and distributed to Nigerians about the MMA2 concession”. 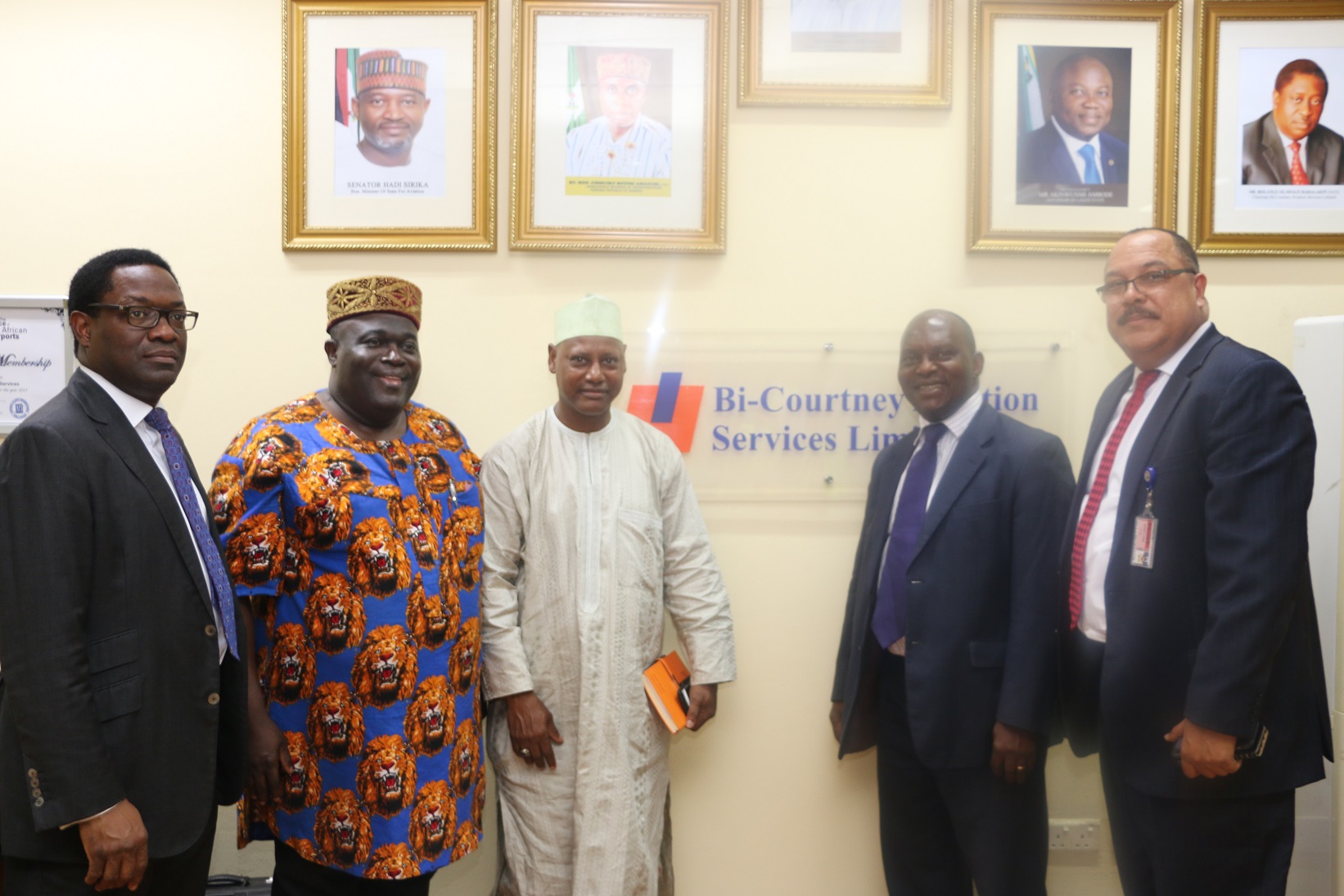 According to him, the concession agreement was drafted by one Professor Akanle, a consultant engaged by the Ministry of Aviation, contrary to the misconception in public space that Bi-Courtney drafted it for FAAN to sign.

Besides, he also dispelled the misconception that the concession did not follow due process, arguing that Sanderton Limited won the bid for the reconstruction of the burnt domestic terminal and could not do anything on the site for one year following which BASL was invited as a reserved bidder.

While describing the situation of the Hotel and Conference Centre as a “monumental embarrassment”, Babalakin further told the delegation that contrary to the concession agreement, FAAN went ahead to redevelop the General Aviation Terminal (GAT) and has been collecting revenue due to BASL from the terminal, and in conjunction with Nigerian Civil Aviation Authority (NCAA) stalled the permission for regional flight operations earlier granted by the immediate past Minister of Aviation, Chief Osita Chidoka.

He appealed to ICRC to study all the documents relating to the concession and prevail on FAAN to hand over GAT to BASL and account for all the revenues it had collected from the terminal.

Posted by Sade Williams    The Nigerian Meteorological Agency (NiMet), says it is ...