MMA2, others: Between contract and concession 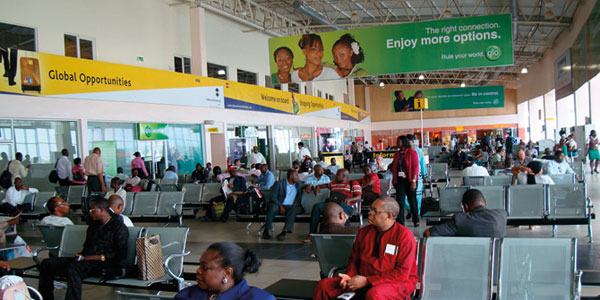 MMA2, others: Between contract and concession

With its ongoing campaign to concession four of its airports in Lagos, Abuja, Port Harcourt and Kano, the Federal Government has, once again, successfully brought to the consciousness of Nigerians an issue many of them, including the elite, have little or no knowledge about.

The sing-song about concession, which many believe rather erroneously to be synonymous with contract, is loudest nowadays to the extent that the lead vocalist – Ministry of Aviation – has not deemed it fit to educate Nigerians enough about what a concession means and differentiate between this phrase and a contract.

The Oxford Advanced Learner’s Dictionary defined a contract variously as “An official written agreement (between A and B)”; “to make a legal agreement with somebody for them to work for you or provide you with a service”; “to make a legal agreement with somebody to work for them or provide them with a service…” And when this is holistically looked into, it thus means that whoever signs a contract to work or provide services for another person must be adequately remunerated, the reason contractors are paid for jobs well executed.

In contrast, the same Oxford Advanced Learner’s Dictionary, defines concession as “Something that you allow or do, or allow somebody to have, in order to end an argument or to make a situation less difficult…”; “A right or an advantage that is given to a group of people, an organisation, etc, especially by a government or an employer”. So, it may be a right to the grantee to provide something, or to do something for the grantor using his or her resources. Unlike a contract where a contractor gets paid for the job done, the concessionaire in a concession invests his or her own money to execute the job concessioned to him or her and pays government an agreed percentage of the profit made under what is called a Concession Fee.

This is necessary to enlighten Nigerians on the difference between both phrases in infrastructure development.

For example, the Murtala Muhammed Airport Terminal Two (MMA2), Lagos, is an outright concession in which the concessionaire, Bi-Courtney Aviation Services Limited (BASL), did not, and has not taken a dime whatsoever from either the government, or the Federal Airports Authority of Nigeria (FAAN).

In fact, while billions of naira of the concessionaires’ money had been sunk, and are still being spent on MMA2 to upgrade its facilities year-in, year-out before and since 2007 and no return on investment, over $300million was sunk into the actualisation of the Lagos-Ibadan Expressway concession and on maintenance of the road before it was revoked. This was spent while BHSL awaited the approval of its design by the Federal Ministry of Works, a process that took two years. Both projects were concessioned under the Design, Build, Operate and Transfer (DBOT) model.

So, for anybody to think or conclude that the government had paid the concessionaires some money to execute the two projects is very uncharitable, and it is the highest degree of ignorance, since both projects are not contracts awarded to the two firms, but concessions granted for specified number of years.

In government business the world over, contract as a policy is older than concession. Whereas, over the years, the Federal Government had used contract awards to achieve almost all its objectives to develop infrastructure, concession is a latter day adoption to fill the gap created by infrastructure deficit, hence it needed help from the private sector.

This is popularly referred to as Public-Private Participation (PPP) projects. Modern day concessions started in Britain in 1992 when the then Prime Minister, Mr. John Major, introduced the Public Finance Initiative (PFI) aimed at encouraging PPP in infrastructure development.

In a contract award, there is a competitive bidding for a project after which government will sign an agreement with the winner of the bid to execute the project within a specified period of time. It will either pay a certain percentage of the contract sum as Mobilisation Fee and pay the balance when the job is delivered, or it asks the contractor to seek mobilisation fund from other sources on its own and get paid when the contract has reached a certain level, while it pays the balance as soon as the job is delivered and verified.

But, in a concession, as is the case with MMA2, Lagos-Ibadan Expressway and others, after the competitive bidding, Bi-Courtney signed concession agreements with government to deliver the projects, using its own money, and manage them for a specified number of years to recoup the money before handing them over to government, because in a concession, the project is wholly financed by the concessionaires, who is paid no dime by government, or any of its agencies.

In any concession agreement, both parties make provisions for an Arbitration Committee to settle whatever differences that may arise in the process of executing the job and/or after execution. Meanwhile, while concessions require taking higher risks by the concessionaires, contracts require lesser risks.

The operation and regulation of infrastructure concessions in Nigeria is vested in the Infrastructure Concession Regulatory Commission (ICRC), which was established by the ICRC (Establishment, etc) Act 2005, and the Public Procurement Act 2007.

These two laws set out the requirements for competitive bidding and private sector participation in all public procurements, as well as specify the requirements and approval processes for all PPP contracts. ICRC was established in 2008. The Act setting up the commission defines concession as, “A contractual arrangement whereby the project proponent or contractor undertakes the construction, including financing, of any infrastructure facility and the operation and maintenance thereof and shall include the supply of any equipment and machinery for any infrastructure and the provision of any services”.

The Act setting up the ICRC also empowers it to provide general policy guidelines, rules and regulations for the operation of PPP projects, as well as take custody of every concession agreement entered into by the Federal Government and any of its agencies, as a way of making sure that all the letters of the agreement are complied with.

In essence, besides MMA2 and the Lagos-Ibadan Expressway, some other projects that had been concessioned one time or the other in Nigeria, which, have also unfortunately become controversial, are: the Tinapa Free Trade Zone in Cross River State, founded by former Governor Donald Duke; the Tafawa Balewa Square (TBS), Lagos; the Federal Secretariat Complex, Ikoyi, Lagos, concessioned to Resort International Limited (RIL) in December 2006, and the Lekki-Epe Expressway, concessioned to the Lekki Concession Company Limited (LCCL), among several others.

Today, the Federal Government and its agencies are owing billions of naira in liabilities on MMA2, Lagos-Ibadan Expressway and other concessions, for either failure to obey the agreements signed with the concessionaires, or for revoking the concessions illegally. This is where the big difference between a concession and a contract lies.