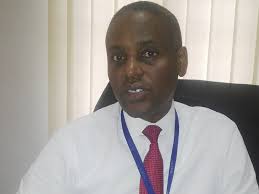 Capt. Ado Sanusi, managing director of Aero contractors, on Sunday, pleaded with workers affected under the redundancy declaration, saying the airline will start paying them from January 2018.

His pleas are coming after the workers complained about non-payment of the package eight months after the management made a declaration of redundancy which affected about 60 per cent of its workforce.

Speaking to The Travel Port, he said the redundancy declaration does not imply that they have been sacked, adding when the airline returns to normal operations, which he said it is gradually taking place, it will begin to call them back.

Sanusi, who empathises with the affected workers, said the money, about N1.9 billion in the redundancy package, is huge and Aero’s operations which is yet to return to normalcy, may not be able to yield such amount at the moment.

He said however, that with the C-Check services being rendered to other organiations, the airline may be returning to normal operations gradually, adding that by January, aircraft in its fleet would be three.

“We are having core investors, we also understand their plight of the workers, when we took over, there are about 1,300 workers on 3 aircraft, and we thought that we need to do something. The redundancy declaration does not mean we are terminating their employment, what we plan is that  when we are back to normal operations, we will call them back, the money in this package is N1.9 billion, Aero does not have the money, but we told them that they will definitely be paid, but unfortunately the people outside are agitating , we are not saying that we will not pay but let them give us time. 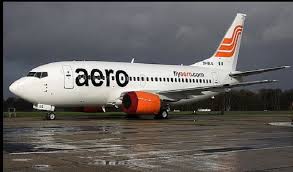 “We are likely to increase our fleet to four airplanes by January and by then, we can start paying. We are just coming back to operations , I am saying that by January, most of them will be called back and if they covert their redundancy to resignation, they will get such package. I am very passionate about Aero, it will not favour anybody for the company to die. We have to be careful so that the investors will not run away, we have two aircraft now, by the end of this week, it will be three, by January it will increase”, he said.

It would be recalled that the Asset Management Corporation of Nigeria (AMCON), took over the running of the airline since 2011.