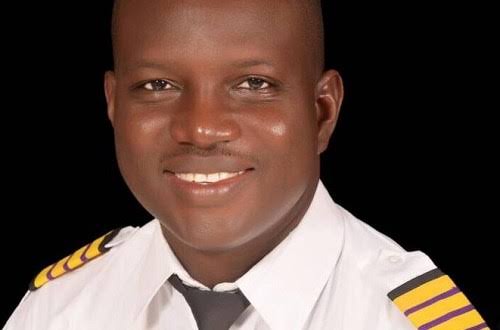 Engr. Abednego Galadima is President, National Association of Aircraft Pilots and Engineers (NAAPE). In this interview during a courtesy call on him by the Executive members of Leave of Airport and Aviation Correspondents, he lamented the continued delay in payment of redundancy benefits to workers at Aero, while calling for industrial harmony between workers and employees.

Most private operators still owe our members pension. They deduct and don’t  remit. We want them to be sensitised and let them know that it is not right. By the time it is accumulated, they won’t be able to pay again. So, we want the entire industry to know.

Also, the issue of redundancy payment in Aero Contractors has lingered on for too long and as you know, Aero is under receivership and they rendered people redundant since 2016. We are still battling to see that our members are paid their entitlements. You know the time value for money has already been lost.

About 50 of our members were affected by redundancy in Aero. The total money I think so far, is still being calculated because the management reneged on their promise to give every member a letter communicating to him what is due. So, we can’t give you a specific figure at the moment.

The union has agreed with the airline’s management since 2016. It depends on how many years you have spent that will determine what will be given to you as a redundancy claim. The situation at Aero is still precarious

We are calling on management of Assets Management Corporation of Nigeria (AMCON) to ensure that these monies are immediately paid so that these Nigerians will get on with their lives. NAAPE is always willing to support the growth and development of the industry, particularly, we advocated recently for the industry to be given some palliatives because we know we have a symbiotic relationship with them (airlines).

Once the airlines benefits, our members too will benefit. Aviation industry is the only sector that we know. We want the industry under our watch to grow. The union has agreed with the airline’s management since 2016. It depends on how many years you have spent that will determine what will be given to you as a redundancy claim. The situation at Aero is still precarious.

Sacked pilots in airlines due to Covid-19 pandemic

Already, we have intervened in all the issues we had with the airlines in the past. For instance, in Bristow, the company claimed that their business has dwindled and therefore some of the staff including our members were declared redundant, but, they have paid them. Everyone has been paid, nothing is outstanding.

In the case of Air Peace, as I speak with you today, the airline has returned the staff salaries to pre-Covid-19 pandemic. And then, they also gave opportunity to those who want to come back to do so.

AON acting as a cabal?

On the issue of the cabals in Airline Operators of Nigeria (AON), if you recall at the National Assembly public hearing last year, I raised an issue, which caused stair, but actually, it has yielded result because our members who were sacked by a particular airline are getting jobs from other airlines. We worked with the regulatory body, NCAA, and that has been overturned. Some of the pilots that left  Airline A for instance are now working in Airline B and others. There is a migration. The simple reason is that we are in a competitive and a free market economy. So, you can’t stop people from moving.

Again, NAAPE as part of its strategies is already building bridges so that we can move with one voice in the sector. One of such effort is the meeting that we are going to be holding on Monday with the leadership of AON. And some of those issues will still be fine-tuned at the meeting. We want industrial harmony where the workers and the employees will have peace in their relationship. NAAPE has made so much effort in moving the industry forward.

Already, the issue of expatriate has reduced in the industry. So, far, the authority sees through our lenses and we are yielding results. We used to have some issues in the oil and gas, but already, Caverton and Bristow are complying. In the scheduled flights, it has also reduced because most of the aircraft they fly now is Boeing 737.