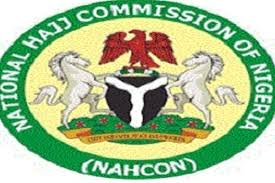 The National Hajj Commission of Nigeria (NAHCON) has provided insights into why Saudi Arabian airlines were given 45 percent stake in the airlift of pilgrims from Nigeria.

He asked which law allows only Saudi airlines to airlift nationals of other countries for Hajj if such law is not a conjuncture of NAHCON?

“Unfortunately, the domestic airlines or the AON are not seen to be championing any of these courses or challenging the government on why there had been preferences for foreign airlines on government aviation policies. Would British allow Arik or Medview to fly to Gatwick and Heathrow the way the BA flies to Lagos & Abuja? Or would the U.S allow Nigerian airlines to have multiple destination in the USA the way Delta air flies to Abuja and Lagos, or worst still, which African country would allow a Nigerian airline to gallivant her country the way Ethiopian airline is gallivanting in Nigeria to all the 5 international airports? We need to call government attention to these lopsidedness or else there is no room for capacity development for the domestic airlines”, he asked in dismay.

Ojikutu, who said it was fraudulent for NAHCON to have allowed Saudi Arabia had 45 percent in the airlift right, alleged that some persons have entrenched themselves in many ways as they continue to have influence on the commission, even when they are out of government. 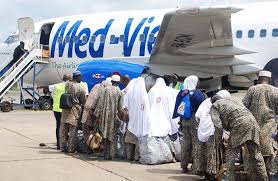 “By the way, how does Adamu Hassan of NAHCON wants anyone to believe his cock  and bull story the Saudi government wants all countries of over 100 participating in the Hajj allocate 50% of their nationals to just one single airline called Flynas. Where has that airline gotten the capacity? These guys just went out to organise a unilateral airline for themselves to make money; another way of government officials denying domestic airlines the markets available in hajj operation.

“Some persons have entrenched themselves in NAHCON even when they are out, they still have influence over government decisions and some of us know them. The way to fight them is to query the Saudi decision to deny our nation the right to fully organise the airlifting of our nationals or find out those behind the Flynas airline; you can be sure they are mainly Nigerians who are not necessarily members of NAHCON but influential Nigerians who have moles in NAHCON.

But a NAHCON source explained that the whole arrangement was beyond NAHCON, adding that it was a pact signed between Nigeria and Saudi Authorities that gave rise to the situation.

According to him, Saudi Arabia, being the only country where Hajj is performed, has a royal decree giving Saudi Designated Carriers (not Flynas alone) the right to airlift 50% of Hajj Traffic under Government quota from any country coming for Hajj, saying that before 2010, the Saudi Government collected Royalties in lieu of this right.

However, he said it began to demand for an implementation of this right in 2010 after Nigeria, suspended the payment of royalty to Saudi Arabia as a result of its own choice not to participate in the airlift of Nigerian pilgrims.

He said when the second Board of NAHCON came in 2011, Saudi Arabia re-iterated its demand and Nigeria objected. This, he said led to a series of correspondences, meetings that almost resulted to a diplomatic row between the two countries threatening the performance of Hajj.

“To avoid this, Nigeria sent a delegation in August 2014 under the leadership of the then Minister of State II Foreign Affairs, Dr. Nuruddeen Muhammad. The delegation agreed to give the Saudi Carriers, 9,500 pilgrims to ensure Hajj 2014 was not affected pending a conclusive resolution of the face-off which was on-going for three years.

“The BASA among other things, provided for a gradual compliance of Nigeria with the Saudi decree. Nigeria would yield 25% of its pilgrims under Government quota in 2015, 35% in 2016, 45% in 2017 and ultimately 50% from 2018. Nigeria is the only country I know of, that has dragged and later agreed on such gradual compliance. All other countries coming for Hajj are in compliance with the policy including those that have strong National carriers.

“It should therefore be noted that the arrangement is beyond NAHCON and pre-dates the current leadership of the Commission”, he said.