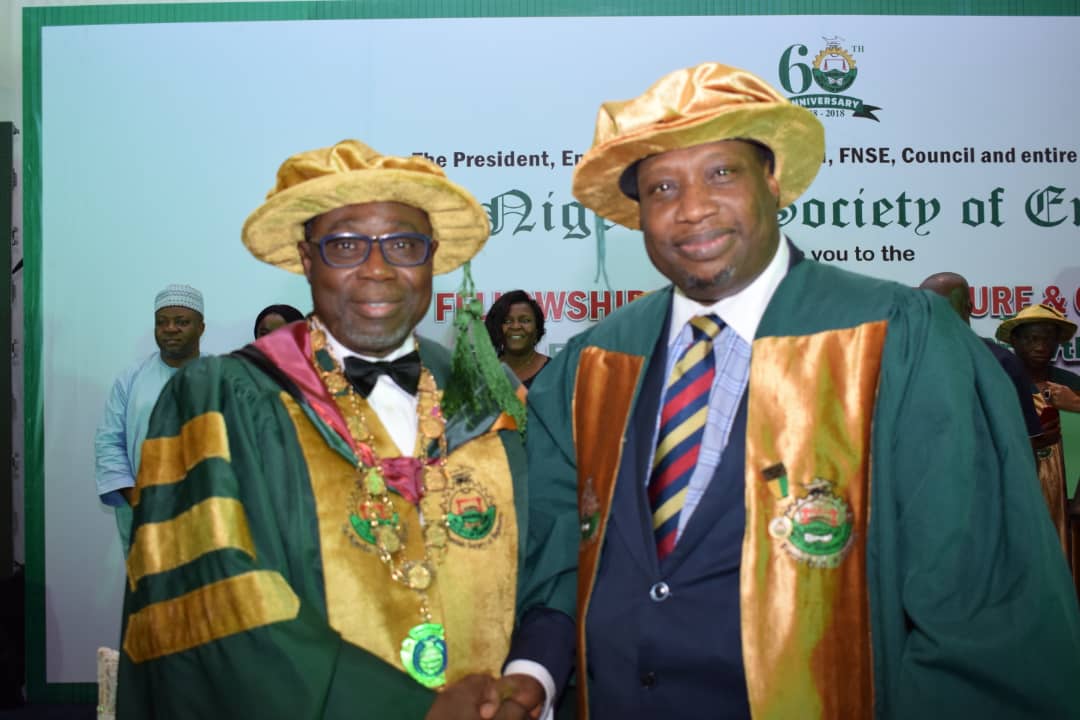 The Director of Safety Electronics and Engineering Services in the Nigerian Airspace Management Agency (NAMA), Engr. Ahmed Umar Farouk at the weekend made the list of 32 eminent Nigerians inducted into the prestigious Fellowship of the Nigerian Society of Engineers (NSE).

The event which took place at the Nigerian Airforce (NAF) Conference Centre, Abuja was part of activities marking the 60th anniversary of the society.

Speaking at the induction ceremony, the President of the Nigerian Society of Engineers, Engr. Adekunle Mokuolu said the inductees were distinguished Nigerians who were being elevated to the highest cadre of membership of the society owing to their exemplary professional conduct and immense contribution  to the growth and development of the nation.

Engr. Mokuolu expressed optimism that this recognition would further propel them to be outstanding in their different endeavours.

Engr. Farouk’s investiture is coming barely three weeks after he was conferred with the fellowship of the Nigerian Institution of Mechanical Engineers (NIMechE) in Kano.

Engr. Farouk who is registered with the Council for the Regulation of Engineering in Nigeria (COREN) is also a member of the National Association of Air Traffic Engineers, Chattered Institute of Administrators, Chartered Institute of Purchasing and Supply among other professional bodies.

He joined NAMA in 2002 and has served the agency in different capacities in the past including Airspace Manager, Minna airport, General Manager, Procurement and General Manager Special Projects, Kano Region.

An engineering pundit who believes in the core values and ethics of the profession, Engr. Farouk’s rich professional experience and passion for hard work ensured his successful supervision of some of the nation’s critical navigational projects. These include installation of Instrument Landing System (ILS) at Kaduna International Airport; deployment of Doppler Very High Frequency Omni-Directional Range (DVOR) at Mallam Aminu Kano International Airport as well as the Stand – Alone High Powered Jotron Radios recently installed in Kano and Lagos Area Control Centres in the country.

Speaking at the event, Engr. Farouk said these awards would serve as a catalyst for him to do more for NAMA and the nation at large.