Pwajok who spoke at the 2022 World AIS Day in Abuja said the agency has been collaborating with the Office of the Surveyor General of the Federation (OSGOF) for the past two years in order to obtain required and suitable data that will form the foundation or bedrock of the chart.

He expressed delight that NAMA experts have been able to produce some basic VFR charts proto-type covering very limited geographical area of Lagos which was being used as a benchmark to guide further expansion into the entire country in phases.

Pwajok said in order to strengthen the technical capacity and expertise, a team of four Airspace planners, as well as a team of six cartographers, will be travelling overseas for more training in VFR Chart production.

According to him, the additional knowledge will not only provide the VFR capability but will enable NAMA delve into the development of World Aeronautical charts and Visual charts.

He remarked that an implementation team will be inaugurated with members drawn from the Aeronautical Information Management (AIM) experts that abound in NAMA for the implementation of the AIM.

He said the it was the determination of the Management to ensure a smooth and successful transition of AIS to AIM with formal transition plan that will be instituted.

According to the MD, without a formal Transition Plan, NAMA had in recent years undertaken some initiatives recommended by ICAO in the phased transformation of AIS to AIM while others were still at conceptual stages.

“Some of the elements already completed in the transition include, ICAO flight plan, Digitalised AIP, Digitalised charts, Conduct of WGS84 surveys among others”.

Pwajok said NAMA management has continued to ensure that the technical and professional training programmes of AIM were conducted at NCAT without hindrance.

“The Management has also approved a training Course in Cairo for the acquisition of knowledge and skills in the development and production of VFR charts which is an Agency and national priority.

“We are aware of other areas that training is urgently needed and required and steps are being taken by the management to address those that have not been covered so far”., he added.

He explained that management has taken note of deficiencies and inadequacies in various stations across the country and and was already setting the machinery in motion for the resolution of these issues and the mitigation of some others. 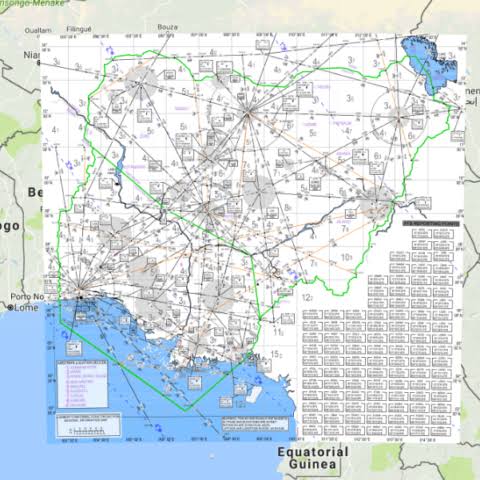 According to him, AIS offices and units were fully covered in the rehabilitation drive to ensure conducive working environment necessary for optimal performance by staff.

He explained that Lagos end has already been activated while Kano node was being prepared for activation adding that the Prefabs that were expected to house the e-AIM products and services, have been installed in at least 15 airports across the country.

According to NAMA boss, the main challenge that has slowed the implementation of this project was clearing of the equipment at the port noting that with the clearing challenge being overcome, they will be installed in the remaining designated locations.

Pwajok said NAMA Management has already commenced the implementation of the National Health Insurance Scheme nationwide and called on all staff to take advantage of the scheme in order to optimize their family health care.