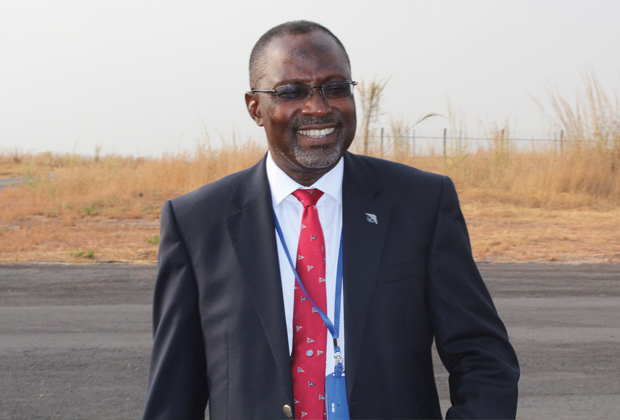 The Nigerian Airspace Management Agency ( NAMA), has said  that it has invested massively in ensuring the present safety level of air navigation in Nigeria, saying that its facilities, including the Instrument Landing System (ILS), are working optimally.

According to NAMA,  ‘as the nation’s air navigation service provider, it  has always adhered to the cherished rules and regulations of the International Civil Aviation Authority (ICAO) which Nigeria is a party to its charter.

It added that before the closure of Abuja airport for repairs of the runway recently, the ILS/DME and VOR/DME in Kaduna, Kano, Katsina, Sokoto, Lagos, Enugu, Port Harcourt and Bauchi airports were calibrated by South African Flight Calibration Company (FSCL) and all the facilities presented were certified as operating optimally without restriction and within ICAO specifications.

According to Ajayi,  Runway 18R has precision approach lighting system which is one of the best in the industry, while 18L has simple approach lighting system because it is not busy at night, saying that both of them are working at optimal levels. On the radios, he said Radio Frequency 127.3mhz has an improved range and is working perfectly just as the Radio Frequency 124.7 mhz  is also in good condition and both of them are on presently.

Also speaking on the matter, the Director of Safety Electronics and Engineering Services, Engr. Farouk Umar said in aviation, there is nothing like epileptic communication.”

He stressed further that “it is absolutely not true that some areas in the airspace have no communication at all.”

On the issue of ILS, Farouk said all the agency’s ILS are on Category Two, lamenting however that “most of the aircraft in the country do not even have the facilities to fly Cat3 because the aircraft need to be equipped with Cat3 facilities to be able to land in zero visibility, just as pilots themselves need to be trained on Cat3.”

The truth according to Engr. Farouk is that “the ILS we have, you need other facilities at the airport and in the aircraft to complement them while the runway and the airfield lightings are not within the control of NAMA. Our ILS is Cat2 and the visibility minima is 800 meters which is okay.”

While advising journalists to check their facts well before rushing to press,  Engr. Farouk assured that the Nigerian airspace is as safe as it can be anywhere in the world adding that the relative safety in the nation’s airspace over the last few years is indicative of the fact that NAMA is alive to its responsibilities.