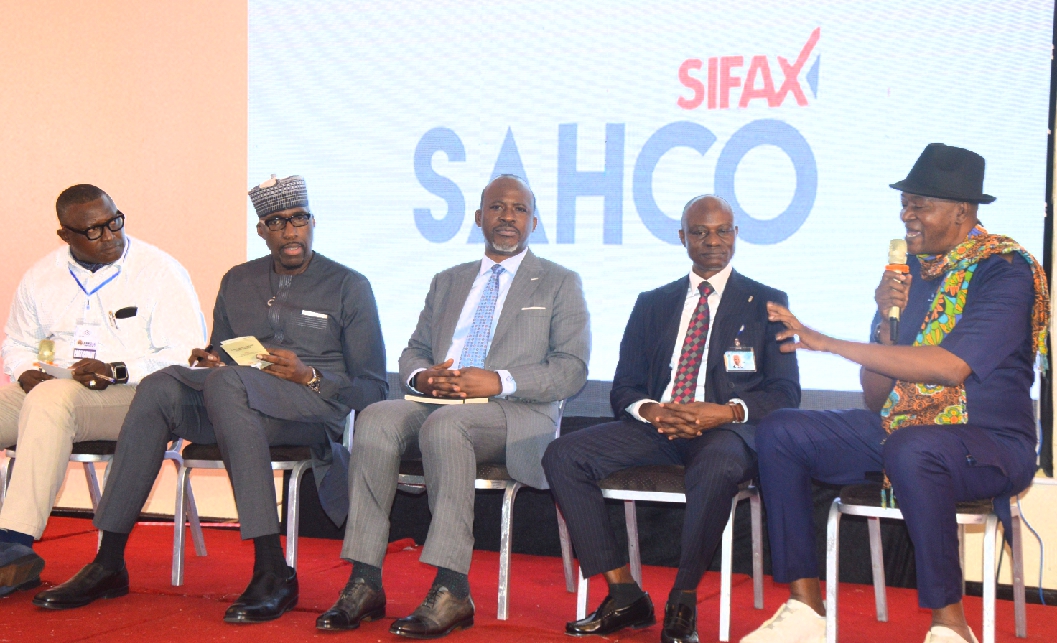 The Nigerian Airspace Management Agency (NAMA) has affirmed that all Federal and State Government owned airports in the country have approach and landing navigational aids, as well as Satellite Based Performance Based Navigation procedures that can enable aircraft operate at any time of the day into these airports.

Making this revelation in Lagos at the 26th annual conference of the League of Airport and Aviation Correspondents (LAAC), which held at the Sheraton Hotels and Suites, Ikeja, the Ag. Managing Director of NAMA, Matthew Lawrence Pwajok who was a panel discussant noted that the idea of tagging some airports in the country as “sunrise” or “sunset airports” was misplaced, “given that almost all airports in Nigeria have instrument landing facilities for approach and landing, meaning they are operating based on Instrument Flight Rules (IFR) and not based on Visual Flight Rules (VFR) where they pilots are required to visually approach and land within Sunrise to Sunset time.”

According to Pwajok, “apart from one or two private aerodromes, all federal and state government owned airports managed by NAMA are equipped with Instrument Landing System (ILS), except where they are temporarily unserviceable or the Runway and Approach lights are unserviceable, but nevertheless you cannot refer to them as sunrise or sunset airports.”

Speaking further, the NAMA boss noted that the agency had invested heavily on navigational facilities more than any other facilities, adding that, “apart from Owerri and Calabar where the agency is working to install Category II Instrument Landing systems (CAT II ILS), and Jalingo that has no instrument landing system for now, basically all airports in Nigeria have a minimum of CAT II ILS, most of which were installed brand new, so there is nothing like obsolete navigational facilities.”

Pwajok said in a bid to tackle visibility issues in some airports during adverse weather, the agency commenced the implementation of Category III ILS in Abuja and Lagos airports while those of Katsina, Kano and Port Harcourt were being installed and would be ready before the end of 2022.

He noted that despite the high cost of diesel, the agency had always granted extended services to airlines who made such requests and will continue to do so.

He also assured airlines that search and rescue services are also provided by NAMA during the hours of extension as the agency collaborates with sister agencies, National Emergency Management Agency (NEMA), and other critical stakeholders, saying that as long as an airport remained open, search and rescue will be available for the period of operation.

On how the agency was managing the single runway operation in Lagos as a result of ongoing repairs at runway 18 Left, Pwajok said the agency developed contingency procedures for a single runway operation as against the two runways, and that the installation of lighting at the runway would complement the CAT II ILS installed there in order to bring about 24 hours operation and also serve as backup for the international runway (18 Right).

“It is very important that we address this issue of domestic runway 18 Left which has been in the dark for 20 years. It is a difficult thing for the airlines, pilots and air traffic controllers, but we are coping with it, knowing that that is the only way we can increase operating capacity of the airport when we have two functional runways,”Pwajok said.

The NAMA MD also informed the gathering that NAMA is a 100% self-funded government agency providing air navigation services at federal, state and private airports in Nigeria at increasing cost and is also required to remit 25% of her gross revenue to the federation account, stating that it is uneconomical for the agency to operate beyond 12 hours daily at a domestic airport just for a single flight.

He therefore assured airline operators that NAMA has and would always grant extension of operational hours when the need arises. He however assured that the agency in collaboration with sister agencies, will be willing to extend the operational hours of busy airports like Enugu and Benin.

Earlier in his opening remarks, the chairman of LAAC, Olusegun Koiki decried the high cost of aviation fuel and foreign exchange which he said had precipitated the vulnerability of airlines in Nigeria.

This year’s LAAC conference with the theme: Sunset Airports: Economic and Safety Implications attracted industry bigwigs, investors, airlines, and stakeholders who all brainstormed on the way forward for the aviation sector.