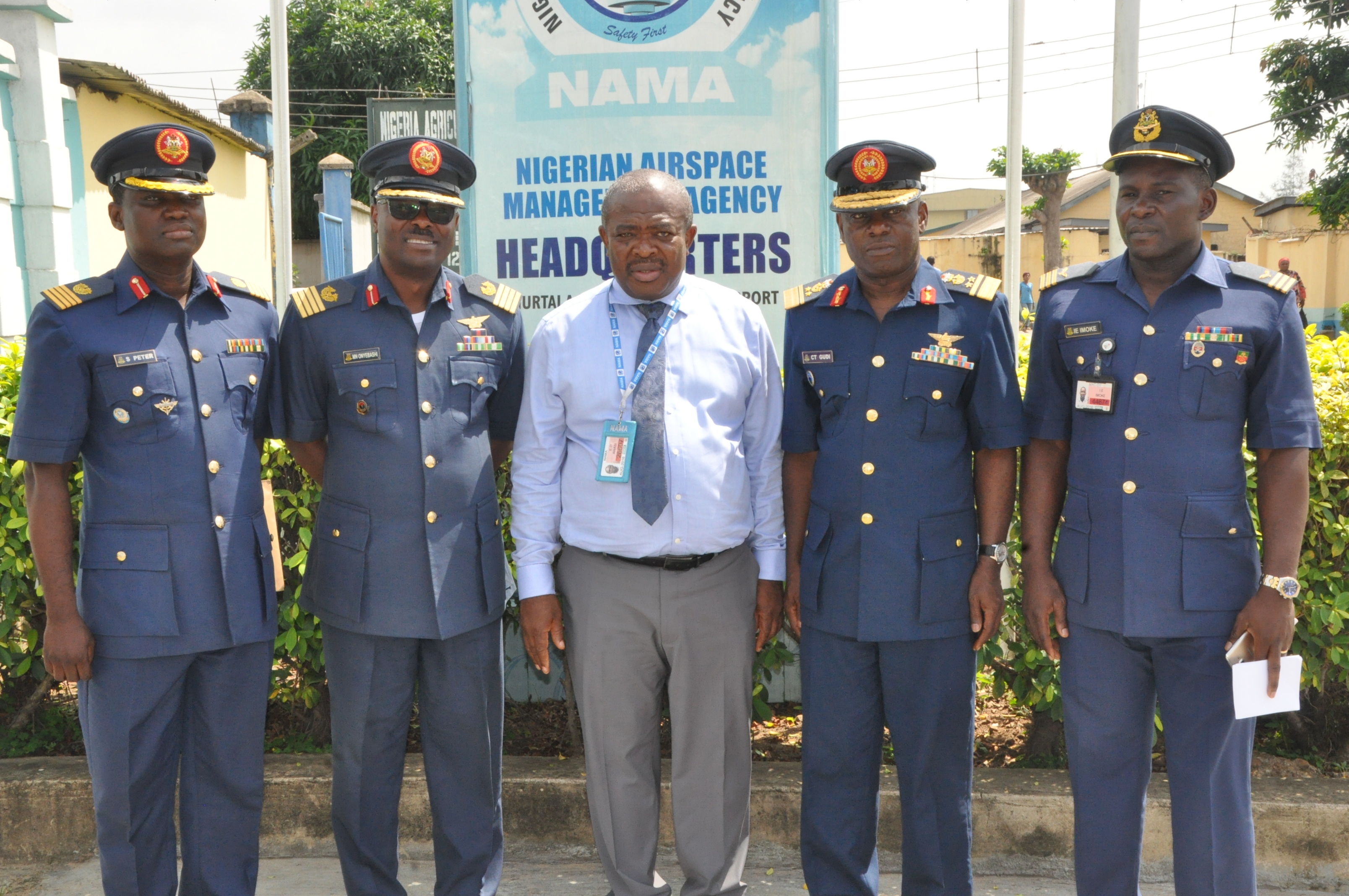 The Nigerian Airspace Management Agency (NAMA) and the Nigerian Air Force (NAF) have held high level deliberations bordering on collaboration and synergy of the two institutions in the areas of security of navigational infrastructure, calibration of navigational aids, training of personnel and exchange programmes.

AVM. Gudi stated that the professional and technical expertise provided by NAMA in Air Force operations and training remained invaluable, stressing that their visit was therefore “to deepen this existing cordial relationship and operational synergy especially given the numerous benefits accruing to the nation in terms of safety and security of the airspace.”

AVM Gudi, who specifically appreciated NAMA for providing on-the-job training for Air Force personnel who graduate from the Nigerian College of Aviation Technology (NCAT) Zaria, also appealed to the agency to always consider the Air Force while planning for ad hoc trainings and seminars on Performance Based Navigation (PBN) and other such programmes which fall in between the major courses at NCAT, Zaria.

According to him, “the aviation world is very sophisticated and dynamic and is all about who has superior training. Given that NAMA is more acquainted with ICAO calendar and programmes, it has become imperative that the Nigerian Air Force be carried along in some of these trainings so that we can all be speaking the same language.”

In his remarks, the Ag. Managing Director of NAMA, Engr. Emma Anasi stated that the complimentary role played by NAMA and NAF in ensuring safety and security of the airspace requires that a coordinated and harmonious civil/military collaboration has to be sustained and improved upon.

While appreciating NAF for providing security around navigational facilities across the nation’s airports, Anasi called for uniformity of Communication, Navigation, Surveillance/Air Traffic Management (CNS/ATM) infrastructure between the two organizations which he believes will make for inter-operability of systems and seamlessness in airspace management.